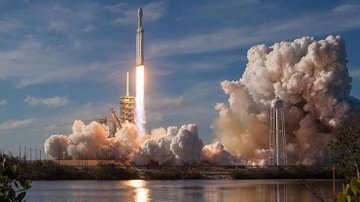 Turkey realized yet another national goal regarding technological advancement two years ago. President of Turkey’s Defense Industry Directorate Ismail Demir said in a press meeting that Turkey already reached the space two years ago but it was not disclosed due to some complementary works.

Turkish President Erdogan also said last week that their space rocket, namely Delta V, could reach 130 km destination in the space. According to international rules, destinations above 100 km in the sky are regarded as the space. Erdogan added that the available rocket is able to carry satellite below 100 kg and they will soon launch an indigenious rocket to the space. But Turkey’s ambition is not limited to current capacity. Government officials say that the goal is to reach 400 km destinations and send larger satellites.