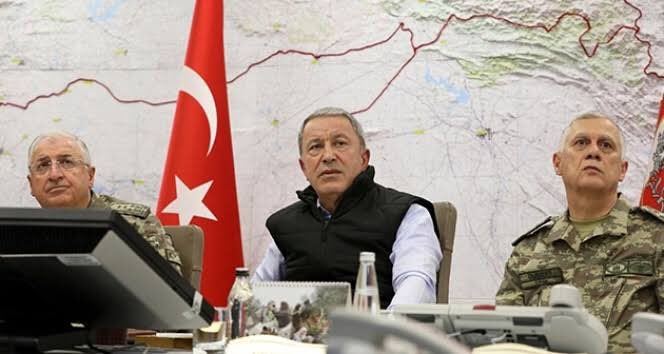 Turkey‘s Defense Minister Hulusi Akar says they will take the revenge from the UAE for their crimes committed in Libya and Syria in an appropriate time. Speaking to press yesterday, Akar underlined Abu Dhabi administration’s secret attacks on Turkey.

The last attack happened when unidentified jets damaged Turkey’s air defense systems in Al-Watiya base in Libya last month. While no countries took the responsibility in the first day of the attack, Abdulkhalik Abdulla, an advisor to Abu Dhabi government, confessed via his twitter account that UAE jets attacked Turkish systems. The UAE was also caught funding putschists of the failed coup of July 15 in 2016 and provoking the Assad regime to attack Turkish troops. It was also revealed the the UAE was transferring money to the PKK.

While Turkish minister did not give details about how they will respond the UAE, Turkish media claims that it will be quite damaging and deterrent.