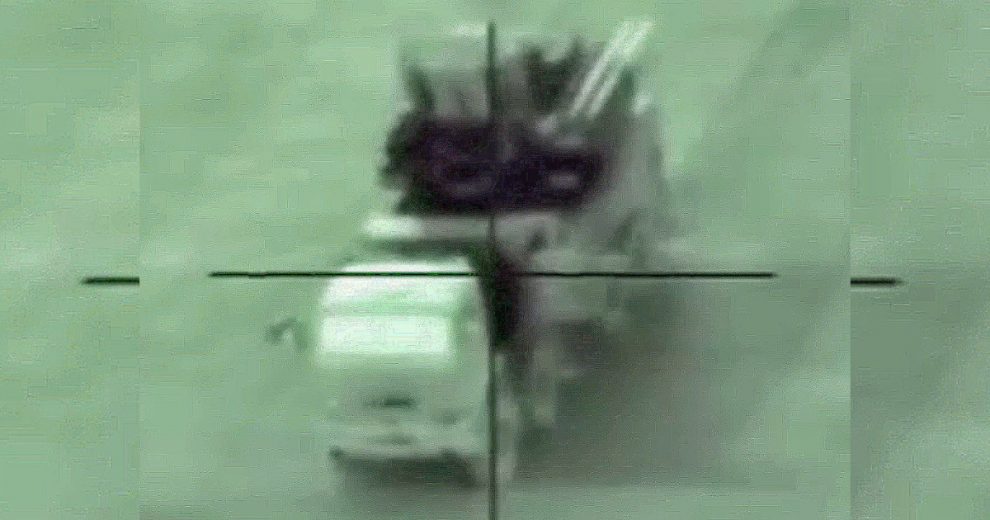 Turkey’s Operation Spring Shield shows that a just war can be waged with minimum civilian casualties.

On 27 February 2020, a deadly airstrike was reportedly conducted by the Assad regime against Turkish targets, killing 35 soldiers in the northwestern Syrian province of Idlib. This attack was a grave challenge to Ankara’s position in Syria.

Since then, Turkey changed its stance from merely observing and supporting the anti-Assad opposition to an active and direct participant to military action against the Assad regime and affiliated-militias in what became known as ‘Operation Spring Shield’.

This operation took the regime planners and their allies by surprise. They probably estimated that the Turkish leadership would think twice, shy away from further human losses, and potentially opt for disengagement from Idlib.

However, the Turkish military response destroyed scores of Syrian military assets, including at least three fighter jets (comprising two Sukhoi SU-34 and one L-39), five helicopters, 100 tanks, howitzers, and radar installations, while neutralising hundreds of troops. It dealt a serious blow to the military capabilities of the Syrian army and its surrogates.

While many pundits have touched upon the political and strategic ramifications of such developments, it is equally important to explore the military significance of the past week’s events, some of which will outlast the current conflict in Syria.

It should be stated that this is the first time since 1982 that the Assad regime confronted this sort of sustained and significant challenge from a superior foe. This week, the intensity of the military onslaught against the Assad army brought the latter to an operational breaking point.

Given that its abilities are being significantly degraded, many question marks are being raised about Damascus’ capacity to retain its military operability without involving third parties in the short to medium term.

Since the Turkish military initiated its military campaign almost exclusively via drones, this feat signals a new development in warfare. This is the first time in history that a sustained military campaign is waged wholly through Unmanned Aerial Vehicles (UAV).

Turkey’s UAVs are simultaneously used for surveillance and attack. Combined with advanced electronic and signal warfare, these UAVs inflicted serious damage on the regime forces. Their ability to carry relatively large ordnance and fly for a longer time have reinforced their reliability.

For example, the Bayraktar Akinci, is a high-altitude long-endurance UAV, is capable of carrying an approximate 1.5-ton payload and can fly up to 40,000 feet for 24 hours. The knowledge that Turkey is believed to have more than 100 medium-altitude long-endurance (MALE) drones of the Bayraktar or Anka type, it explains the uphill battle confronting the Syrian regime since the beginning of ‘Operation Spring Shield’.

Another significant advantage is that Turkey’s drones are manufactured locally, which means that their use is cost-efficient and stocks easily replenished. Moreover, Turkey’s UAVs production lines are running at full capacity, and these factories are reacting swiftly to the need of their armed forces, developing new and more efficient models as requested. The timelines, production adaptability and delivery processes would not be possible if these drones were purchased externally.

Lastly, and beyond the operational prowess displayed by its military, Turkey’s art of war has impressed observers for presenting a civilised, clean, and surgical way of conducting warfare. The latter is definitely more suited to the 21st century than the medieval, siege-based, and kill-all military strategy pursued by the Assad regime. The latter wages a sectarian war aiming primarily to displace the entire civilian population and re-engineer the demographics of the country.

Other military forces, whether exemplified by the US (e.g. Mosul’s destruction) or Russia (e.g. Chechnya, Syria), have resorted to wild, disorderly, and irrational shelling in their quest to defeat their enemies. To this effect, they bombed entire cities and their civilian populations to smithereens.

However, by relying entirely on precision-guided munitions and smart bombs, and delivering clinical bombings, the Turkish armed forces demonstrated to the world that a ‘clean war,’ as opposed to a ‘dirty war,’ is not only possible, but essential. This is what the 21st century is all about: light versus darkness and humane warfare versus barbarism.

It is admirable that Turkey’s military embarked on a more sophisticated and civilised journey, which extends protection available to the civilians within international humanitarian law, where only military targets and combatants are targeted.

Under this light, the Turkish art of warfare presented not just a lesson on 21st-century warfare but also represented a textbook example of how a ‘just war’ can be waged.