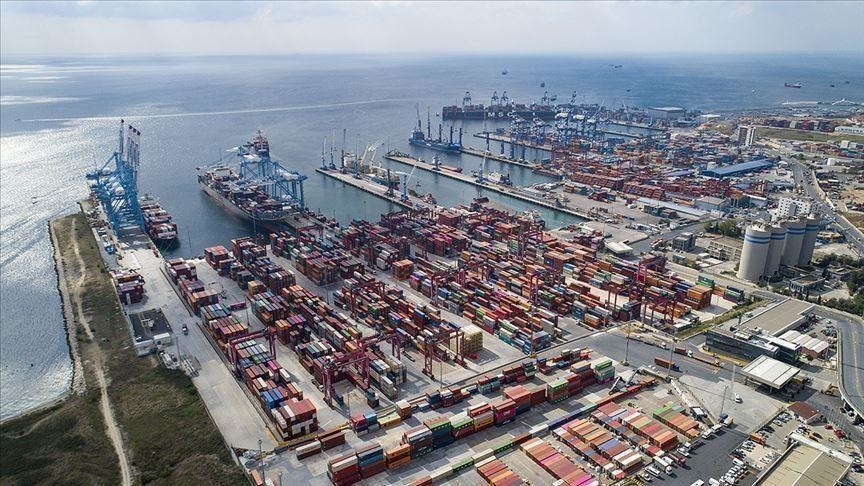 Noting that they keep the supply alive while global supply chains are broken, TİM Chairman İsmail Gülle said, “We are now in a new league. We need to rapidly implement new investments to keep up with big orders and big-scale jobs. We have sectors that make these investments. We expect the same breakthrough from all sectors. With the new investments to be made, we will increase our export further. In 2021, the ratio of export to import increased to 84%. We will work to turn this success into a current surplus.”

“We have taken $25 billion out of the supply crisis”

Noting that they keep the supply alive while global supply chains are broken, TİM Chairman İsmail Gülle said, “We have established ties between geographies while there are logistical problems. While the world is experiencing access to finance problems, we have produced our solutions. While the world’s giants could not ship their products, we reached the door of the buyers. The number of R&D centers reached 1,254. The number of techno parks increased to 338 and the number of organized industrial zones increased to 332. We have managed to turn the breakdown in global supply chains in our favor. Thus, we added 25 billion dollars plus value to our export household. We have been the engine of growth, half of the growth in the first 9 months of the year came with export. Export-led industrial sectors provided 1/3 of the employment increase. We are proud because we have accomplished and passed all our goals one by one. We set export records in 11 of the 12 months. We have exceeded our long-targeted monthly export of $20 billion and annual export of $200 billion this year. We also set a republic historical record in export on a quantity basis and exported 174 million tons. We managed to increase our unit export value by 17 percent compared to the previous year, from 1.10 to 1.29. This increase will continue exponentially in the coming years. Our goal is to increase this value to $2.”

“We must implement new investments quickly”

Emphasizing that Türkiye is now in a new league, İsmail Gülle said, “To be permanent in this new league we are in, we must reach the economy of scale. We need to rapidly implement new investments to keep up with big orders and big-scale jobs. We have sectors that make these investments. We expect the same breakthrough from all sectors. With the new investments to be made, we will increase our export further. In 2021, the ratio of export to import increased to 84%. We will work to turn this success into a current account surplus. Of course, with the upward momentum in our export, the financial responsibilities of our exporters are increasing.”

Speaking about the Export Development Fund, which President Recep Tayyip Erdoğan heralded at the TİM General Assembly, Gülle stressed that this practice is extremely important for exporters to overcome the problem of collateral. Gülle continued: “We consider it a big step that the fund, which was enacted with the efforts of our Minister of Commerce and whose organs were created, will start to serve our exporters in the new year. In 2022, when we will reach larger targets, it will be much more important for the Central Bank and Eximbank to continue and increase their financing support to the exporter. In addition, I would like to underline once again that our export family has always been in favor of a stable exchange rate and has never been involved in the speculations in the currency. For this reason, we would like to express our gratitude to our President on behalf of TİM, the only umbrella organization of 100,000 exporters with 61 exporter associations and 27 sectors, for the “Advanced Exchange Rate Figure System”, which makes parity predictable for exporters. Thanks to this mechanism, our exporters can safely make their futures pricing. We are continuing our work on a new fairground, which is another good news of our president and will meet a serious need at the point where our export come from.”

$1.6 million worth of export per minute

Noting that the pandemic period has accelerated digitalization and e-export, Gülle underlined that it is very important to record and make e-export measurable. Expressing that the export burden has increased with the export value, Gülle said, “It is extremely vital to increase the capacity of new investments, ports, railway connections, and air cargo in our country’s logistics infrastructure to meet this burden, which increases by an average of 15 percent every year. In addition, statistics show that 94 percent of our exports are stuck 5 days a week. However, in many sectors, production continues for 7 days continuously. We believe that our customs should now work on a 24/7 basis and support this increase in our export to ensure continuity in production in export. Today, there is a Türkiye that exports about 1.6 million dollars per minute. We see that we do not have a minute to lose for ‘Türkiye Rising with Export’. On this historic day, we have seen the reward for our efforts and sweat throughout the year. I am proud of each one of our 100,000 exporters who have signed this success.”

Automotive leads the way in total export, steel in the largest increase

Most export to Germany, highest increase to the U.S.

In 2021, 78 cities increased their exports. 48 cities set an annual export record. In 2021, the top 3 exporting cities were İstanbul with $88.9 billion, Kocaeli with $17.3 billion, and Bursa with $15 billion. According to the declarations filed with Turkish Lira, in 2021, exports were made to 198 countries and regions with a total amount of TL 70.8 billion. Export with the Turkish Lira increased by 48 percent.

Is Kazakhstan Russia’s next Ukraine?
Erdogan: Türkiye is rising to the next league in economy