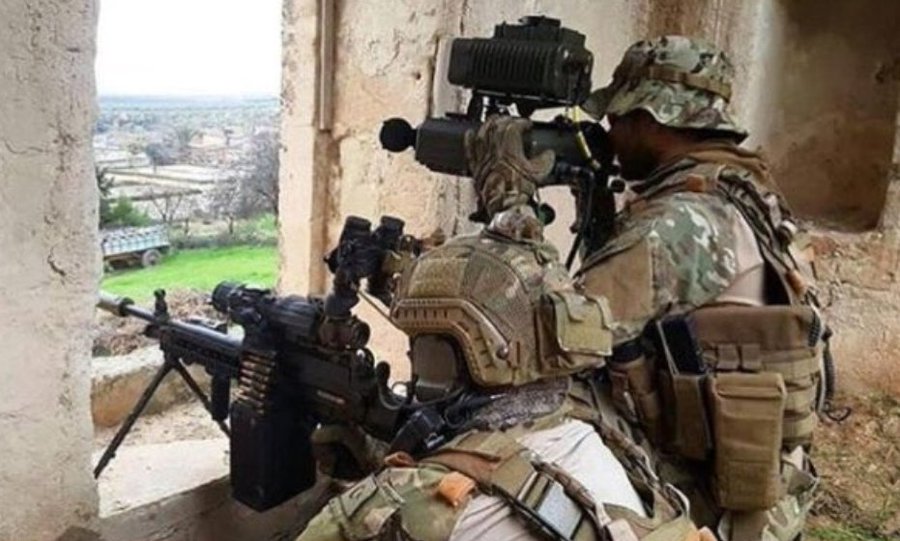 Having recently spent extensive amounts of time in northwest Syria it is an understatement to say that there is ongoing fighting just south of Idlib city. Hundreds of thousands of people are being displaced and are rushing to find any shelter they can to deal with the cold winter weather. Most people we spoke with don’t have a plan and are hoping that aid organizations will be waiting. In some cases aid organizations are trying to respond but the demand for relief and aid is too high for a disunited response.

The Turkish military has entered Idlib with significant forces and advanced weapons. They are reinforcing existing Turkish observation posts and establishing new positions. However, they are in a difficult circumstance because of the many different kinds of forces on the ground. The regime is depending on Russian mercenaries and Iranian backed militias in both rural Aleppo and southern Idlib. The opposition forces are made up of the Syrian National Army, the National Front for Liberation, and a collage of foreign origin armed groups. Some of them with links to internationally designated terror groups. This will make it quite difficult for Turkish forces to engage advancing regime troops. The M5 highway is already controlled by the regime and its allies all the way up to Al Eis. This is where the main border crossing between regime and opposition territories is located. The regime also managed to capture Saraqib where the M4 (Lattakia – Aleppo) and M5 (Damascus – Aleppo) highways meet. The M4 highway is cut off by regime troops at Nayreb. But if the regime moves west on the M4 from Nayreb to Ariha then the Jabal al Zawiyah region will be completely isolated from the rest of opposition territory and there will be one road left to and from those areas through Jisr al Shughoor/Khirbit al Jouz.

From a humanitarian perspective the situation is dire and getting worse by the hour. Tactically the Turkish armed forces could change the course of the military operations but it depends on what kind of mandate they are given and what Ankara wants to achieve. As long as Ankara prioritizes it’s strategic relationship with Moscow it is unlikely that regime forces will retreat back to pre Khan Shaykhoun territorial control. Or even pre Maarat al Numan. The fact that there are groups operating in opposition controlled areas that are listed as terror organizations, will allow the regime and its allies to continue to attack and Russia will not go out of its way pressure the regime to stop attacks based on the pre text of anti terror operations. All parties engaged in armed conflict are experiencing serious fatigue at the moment. Regime/Iran/Russia are all suffering huge losses in soldiers and equipment, especially military vehicles. The regime is also utilizing former opposition fighters who made reconciliation deals with Damascus. Their origins are mixed but are mainly from Daraa and Damascus. They are motivated by fear more than their desire to defeat the opposition. On the other hand opposition forces are not organized very well and lack a clear leadership structure. They are organizing their defenses in adhoc operation rooms that have been carried over from previous anti regime operations. Even the SNA groups that entered only brought light/medium weapons. The only exception to this is the large amount of advanced ATGM missiles which have been effective at dealing heavy blows to advancing regime forces.

However, the opposition lines of defense are easily broken due to the heavy bombardment with artillery, air strikes and rudimentary barrel bombs dropped from helicopters. There is also a psychological factor contributing to the breakdown of opposition defenses. Local sources have confirmed on numerous occasions that unknown sources announce on hand held radios that the regime has entered or is planning to enter a village or town thus causing the residents to flee. Nearly every household depend on these radios for the latest information on regime advances and other types of bombardment. This strategy is causing mass evacuations from large territories making it much easier for the regime and its allies to advance.

Turkey is facing a significant challenge in Idlib, possibly more difficult than its previous operations in northern Syria. That’s why the narrative should be focused on the humanitarian disaster that is unfolding in Idlib. The regime does not want to be responsible for the 4 million people there. But in the hypothetical narrative to come, Turkey will be portrayed as the one responsible for them since it is closest in proximity. If the deal is to have regime/Russian/Iranian forces to take control of the highways and stop the advance then it would be manageable from Turkeys perspective. But this would not solve the crisis that will develop in the remaining opposition controlled areas. The border crossing will still be controlled by people with vested interests in the business that will take place along those main highways and in some cases those are very unsavory people. Even if Turkey wanted to establish a similar situation to Euphrates Shield or Olive Branch or Peace Spring they would need a complacent security force that has existing or is willing to develop high levels of cooperation with Turkey.

If some sense of security and stability were established then Turkey could turn to moving forward with a political road map that saw the implementation of Geneva. The big question will then become the fate of Bashar al Assad and those responsible for serious crimes. Turkey will not be able to address this alone and Russia will not be very motivated to hold anyone accountable because that will mean it has to hold itself accountable for a multitude of war crimes. Plus Russia has been unfaithful to Turkey in many issues and will continue to take advantage of the leverage that it has against Turkey. For example, according to Ilham Ahmad, a political representative for the SDF, the PKK/SDF will start official negotiations with Assad under Russian supervision in Cairo next month about how the “Autonomous Administration” will be run and what it’s relationship with Damascus will look like. As Russia normalizes these relationships in Syria it will become more difficult for Turkey to maneuver through a political solution because the cards will be disproportionately stacked against it. Even a cooperative opposition will not be enough to counterbalance domestic Russian/Iranian/Assad initiatives.

With 3.5 million Syrians in Turkey, 4 million in Idlib, and 500,000 approximately in the other Turkey backed areas in northern Syria, Turkey will be left with the largest bill to pay – especially in the long term. For this reason, Turkey has to consider more creative options on how to secure areas that can be adminstered independently from Damascus – even if that means drastic measures to establish firm delineation of territory and possibly “annexation” or autonomy similar to ES/OB/PS. This will also require dealing with the hodgepodge of different administrators, armed groups, and interest groups currently operating in opposition territories and uniting them under a single umbrella. The Turkish military must also take measures to prevent regime advances north of Taftanaz. If the regime reaches there and continues moving west it can besiege Idlib city and anyone in it by cutting off the Bab al Hawa – Idlib roads. This will result in loss of significant territory putting Assad/Russia/PKK/Iran very near the Turkish border and essentially open up the old Qandil – Iskenderun road which is the biggest threat to Turkish national interests/security. If Turkey wanted to solve the problem for a medium time frame it could strongly back opposition forces to take back Hama or Aleppo and this would force Russia and the Assad regime to take Turkeys presence seriously. This is somewhat becoming a reality on a small scale with Turkey and opposition joint operations beginning around Saraqib. But leaving the M4 highway vulnerable to regime capture will significantly complicate Turkeys position. It must take measures to ensure that regime does not capture the M4 road from Lattakia to Saraqib. It was mentioned earlier that this will isolate a significant patch of opposition territory and leave thousands of civilians stranded and at the mercy of the regime and its allies. However, locals are reporting that most of the Jabal al Zawiyah region south of the M4 is already evacuated. Then it needs to show an act of force to halt Russia’s continued logistical support to Assad/Iran military operations. One option would be using signal jammers or even NATO, possibly US or German, to prevent Russian air support for the ground operations. It should also pressure opposition formations in Idlib to separate themselves from groups that are internationally designated as terror groups. Then it can focus on the civilians who will either have to be resettled around the border regions or an arrangement should be made for civilians to be able to return to their homes and regime forces to retreat from areas they’ve taken. At this point it’s unlikely the regime will accept to retreat, so Turkey will need to support major anti regime operations with cooperative groups. Especially those willing to deal with the presence of designated terror groups and other parties taking advantage of the vulnerable situation in northwest Syria.

Turkey vs. Arab States
You have us, Pakistan
Comment