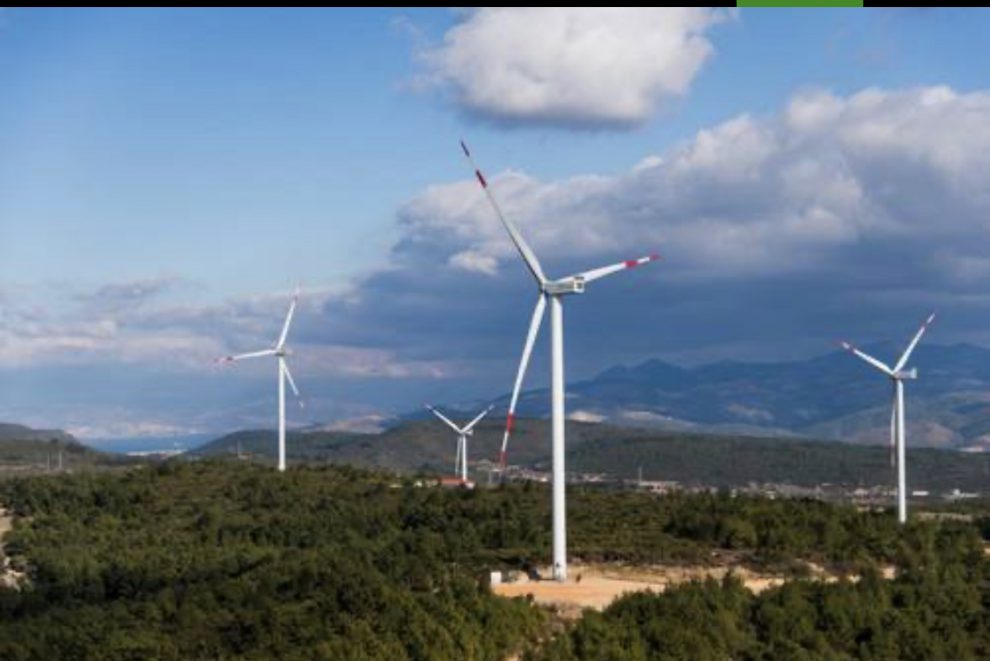 Energy-stricken Turkey continues with large investments in renewable energy despite negative global financial conditions. Kivanc Zaimler, the head of Energy Division of Sabanci Holding, one of Turkey’s largest conglomerates, said his company plans to invest 500 million dollars in wind power in 2023. “Projects are ready for three locations which will generate total of 565 megawatt power,” said Zaimler on Turkey’s Bloomberg network.

Turkey produced 8 GW of electric from wind power which amounts to 8 percent of its total production in 2019 making it the 7th largest country in wind power generation in Europe just behind Sweden. With 61 GW, Germany is the largest wind power generator in Europe.

Turkish economy managed to grow 6,7 percent in the third quarter of 2020 according to the official data released on Monday despite coronavirus pandemic that rocked the major economies through out the world. Lacking large hydrocarbon resources, Turkey has been investing in renewable and nuclear energy to keep its vibrant economy growing. Turkey added 687 Megawatt of installed wind farm capacity to reach 8,056 MW in total wind turbines capacity in 2019 and the sector expects 10 GW investment in 2020.

Kivanc Zaimler also said his company will be eyeing other investment opportunities in wind and solar power which have high potential in Turkey. According to Turkey’s Energy and Natural Sources Ministry, the wind energy potential of Turkey has been estimated as 48,000 MW