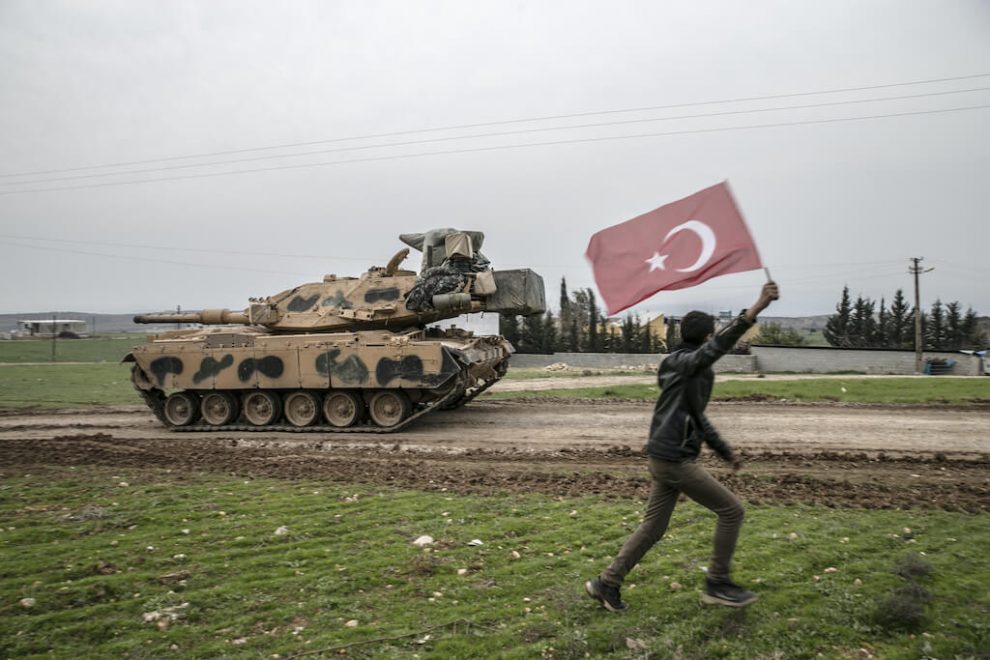 Although it is still unclear whether Turkey will launch another military operation against the PKK/YPG in Syria, the country has already been carrying out ad hoc military operations that have killed 2,000 terrorists between January and July 2022. The number is notably higher in comparison to Operations Euphrates Shield and Peace Spring, through which Turkey could neutralize 425 and 1,313 militants respectively.

In recent months, PKK/YPG militants have been killed on average nearly every day. Along with the Turkish Armed Forces, Turkey’s intelligence service, MİT, also hunts for terrorists, but unlike the army, it primarily uses armed drones to kill high-ranking PKK/YPG commanders. According to estimates, MİT has killed 83 senior PKK officials in the past seven months. Among them was the perpetrator of 2008 Istanbul bombings, known as Güngören Saldırısı, which killed 18 civilians in Istanbul, and a prominent executive of the Syrian Democratic Forces (SDF) named Salwa Yusuk, for whose death the United States Central Command (CENTCOM) expressed its condolences on Twitter, infuriating the Turkish audience.

MİT’s operational capabilities were strengthened with the establishment of a special department for such operations a decade ago. PKK commanders are killed by using armed drones, whose locations are typically provided by informants inside the terrorist organization.

Such operations could not be carried out as long as large numbers of FETO (Fetullah Terrorist Organization) members had not been dismissed from state institutions with the covert objective to take over the legitimate government. Alerting the terrorist group before a planned attack, FETO members had been providing the PKK with the identities of the informants, who were then executed by PKK terrorists. Nearly all special operations to kill PKK leaders were successful as soon as FETO was cleared from MİT, the army, and police.

Turkey adopted a new tactic against the PKK

The new tactic of the MİT and the Turkish army of killing PKK leaders and militants, sheds light on a number of aspects of Turkey’s war on PKK terrorism. First, the Turkish government is steadfast in its desire to eliminate the PKK and its YPG affiliate in Syria. With its attacks, Turkey is repeatedly sending the message to the U.S. that changing the name of the YPG to the Syrian Democratic Forces (SDF) won’t change the reality that it is a PKK offshoot, and that as a result, the Turkish army will keep killing YPG terrorists. Additionally, the Turkish actions imply that even if a large-scale military action is barred, small scale operations will continue.

The new tactic intends to eliminate commanders in order to cause the terrorist group to lose its executive brain power and lead it to desperation in both Syria and Iraq. When the total number of PKK militants killed each day is tallied, it becomes clear that the Turkish security forces are making steady progress towards their objectives, while losses on the Turkish side are shrinking.

Second, the Turkish government’s initiative to use domestically produced weapons has led to success. The best weapons for neutralizing terrorists are attack drones and indigenously produced ammunitions. It is not necessary to seek permission to use any of them because they are all produced in Turkey and are highly advanced. Had the Turkish army and intelligence service purchased the weaponry used in these operations from another country, such as the U.S., they most likely would not have been able to conduct such missions as foreigners sell their weapons under specific conditions.

We know that certain western countries still do not sell weapons to Turkey because they will be used in the Turkish army’s operations in Syria. Meanwhile, nowadays, targets can be struck from hundreds of kilometers away thanks to the recent addition of smaller drones and long-range guided missiles to the Turkish arms arsenal.

The third aspect is directly related to the role of the United States in Syria. Regions controlled by the YPG are a hub for PKK terrorists with a Turkish background as evidenced by the fact that many of those killed by the Turkish forces were Turkish citizens. This proves how the PKK and the YPG are the same despite claims to the opposite. From a different angle, the U.S. protects the YPG/PKK in Syria and creates a sanctuary for them there—in other words, it supports a terrorist group against a fellow NATO member.

The U.S. and Turkey occasionally experience tensions, the main reason being the U.S. backing of the YPG. It is unlikely that these tensions will be resolved soon, and relations may even worsen if the U.S. attempts to obstruct Turkish military activities. Since it is all but certain that the Turkish government will stick to its firm anti-terrorism stance in the face of the U.S. partial pragmatism in Syria, a non-military solution is possible only if the U.S. doesn’t sacrifice its NATO ally for a terrorist group.

On the other hand, Turkey is steadily bringing the YPG into the Syrian government’s clutches. The Turkish government believes that a divided Syria will not only allow the terrorist group to establish a statelet in northeast Syria, but will also force more Syrians to leave their country and likely migrate to Turkey and other countries. Although Turkey does not support Bashar al-Assad as the country’s leader, Ankara wants a united Syria due to the dire repercussions of a divided country. That is why the unity of Syria is the focal issue discussed with Russia, the actual decision-maker there.

The YPG hangs the Syrian flag as a ploy when Turkey suggests a fresh operation, but whether they are aware of it or not, this doesn’t anger Ankara, which prefers the presence of the Assad regime to a YPG rule in Syria’s northeast. In other words, the PKK/YPG cannot achieve its objectives even with U.S. backing since the latter is also pragmatic in its foreign policy and is wise enough to avoid a disadvantageous trade-off.

Turkey’s slow-motion encirclement of the YPG and the elimination of most of its high-ranking members will most likely continue and result in unprecedented damages to the terror group.

Could the YPG have chosen a different path? In fact, in 2013, the Turkish intelligence service had a meeting with PYD officials and asked them to stop challenging Turkey. However, PYD leaders broke all ties with the Turkish government and attempted to form an autonomous zone with the help of the U.S. in an effort to make the most of the chances afforded to them by the Syrian civil war. Now, there is a de facto autonomous territory controlled by the YPG, but it is self-declared and recognized by nobody—not even the United States.

It is unclear whether the YPG stands a chance of resuming negotiations with Turkey. However, it is apparent that the call won’t come from the Turkish side, which was disappointed with the PKK in the peace process that lasted from 2013 to 2015.