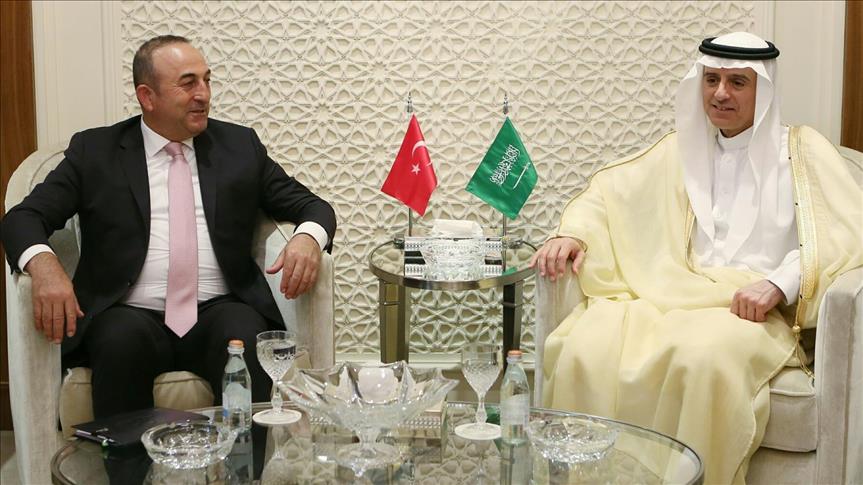 Turkish Foreign Minister Mevlut Cavusoglu and his Saudi Arabian counterpart Prince Faisal bin Farhan met in Niger on Friday in a fresh attempt to normalize ties between Turkey and Saudi Arabia making it the first ever official face to face meeting since the Washington Post columnist Jamal Khashoggi was murdered at the Kingdom’s Istanbul embassy two years ago. The meeting came a week after Saudi King Salman Bin Abdulaziz’s phone call to Turkish president Recep Tayyip Erdogan to discuss G20 summit efforts. Although experts predict that Ankara-Riyadh normalization is on a long term track, Turkey-Saudi rapprochement would have ramifications in several regional issues beyond Ankara-Riyadh relations including lifting of Saudi-led Qatari blockade.

The Friday’s meeting between Cavusoglu and Faisal Bin Farhan signals further intention for normalization between Turkey and Saudi Arabia. Restoring relations between the two regional powers would face major hurdles, however, as the two countries have been experiencing a historic low in bilateral ties since the murder of Jamal Khashoggi. Saudi agents have brutally murdered Washington Post columnist Khashoggi at the kingdom’s consulate in Istanbul in 2018. Although his name has never been directly mentioned by the Turkish authorities, Ankara believes the Crown Prince Mohammad Bin Salman is behind Khashoggi’s murder. Turkey has been trying in absentia 26 Saudi suspects including a close aide of MBS since July for being involved in Khashoggi’s murder. There is also an unofficial boycott of Turkish goods in the Kingdom which most people guess that imposed by the officials.

Experts say that Turkey and Saudi Arabia would indeed restore ties eventually and it would have major implications for the region for the region. One of the first and foremost outcome of such developement would be on Qatar’s situation, an Istanbul-based academic claimed. “We would be looking at lifting the blockade on Qatar which was imposed by a Saudi-led block,” he said. United Arab Emirates, Egypt, Bahrain and Saudi Arabia severed ties with Doha accusing it with support of terrorist groups.

Strained Turkish-Saudi relations took an unexpected turn when the Saudi King personally called the Turkish president Erdogan on November 21st to discuss the upcoming G-20 efforts. Both leaders agreed to keep the dialogue channels open according to the official statements released after the phone call.

Saudi Arabia have been heavily criticized for its role in Yemen war as well as being behind Khashoggi’s murder. Crown Prince Mohammad bin Salman have been seeing as the decision-maker person behind the Saudi role in Yemen and Khashoggi murder. King Salman’s personal call to Erdogan is seen as taking back some of the responsibilities from his son in order to fix damages his country has suffered under MBS influence.

Turkey getting back on track with Saudi Arabia would also mean a blow to UAE’s position in Libya as the Crown Prince has unconditionally been supporting UAE’s aggressive pro-war policies in Libya against the internationally-recognized Libyan government. Close Turkey-Saudi ties would also have consequences on the ground in Syria as MBS pursued policies to harm Turkish position there which eventually served the embattled Bashar al-Assad.

The United States’ foreign policy in the Middle East would go through a major shift since president Donald Trump lost the elections to Joe Biden, experts predict. Trump administration pursued bilateral ties focusing more on financial aspect with each Middle Eastern country largely staying out of regional issues. Ali Bakeer, an assistant professor at Qatar  University’s Ibn Khaldun Center, has pointed out recently that the Biden administration would prefer close Saudi-Turkey ties to isolate Iran in the region. Bakeer said it‘s early to draw long-term conclusions when it comes to Saudi-Turkish relations, but there have been increasing positive signs that bilateral relations will get back on track.