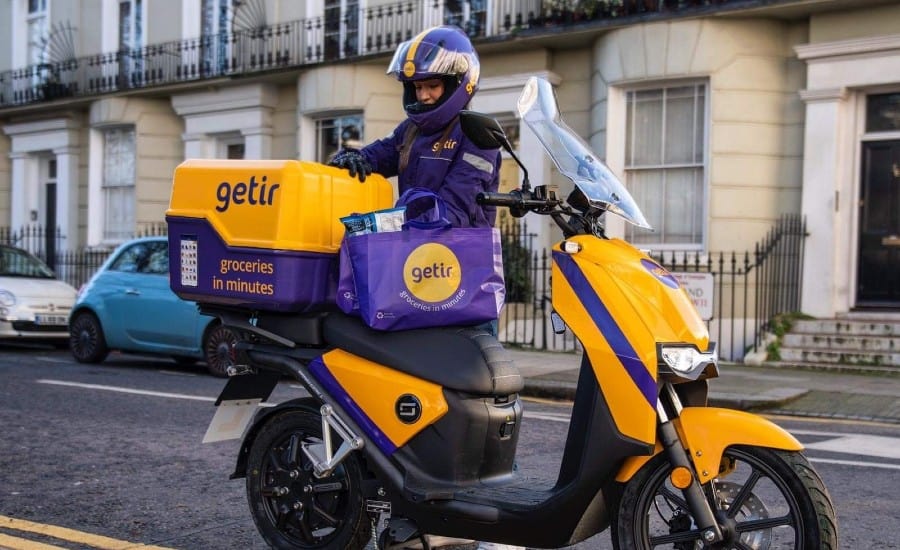 Having set foot in the United States by entering the market via Chicago in November, Turkish on-demand rapid delivery pioneer Getir has now started taking orders in Boston after the New York operation it also started this month.

With this move, Getir will now be able to serve in three major U.S. cities in less than two months.

Getir is a trailblazer among startups that have prospered during the pandemic. It attracted around $1 billion (TL 9.93 billion) in three back-to-back funding rounds this year, as its valuation ballooned from $850 million to more than $7.5 billion.

Istanbul-based Getir, founded in 2015, invented the category of 10-minute delivery for customers who order through its smartphone app, with riders fanning out from neighborhood warehouses that stock essential groceries. The Istanbul-based company offers a selection of 1,500 everyday items to its customers. Getir now operates in 47 cities in Turkey.

With investor interest in the nascent industry peaking, the company ventured out of Turkey in January to launch its rapid “last mile” goods delivery service in Britain.

Over the past nine months, it has expanded to eight European countries. It launched in the Netherlands in May, Germany and France in June, Spain and Italy in September and Portugal in October.

Its CEO, Nazım Salur, previously said that Getir could hold another round of funding to finance its growth in the U.S. and would eventually like to expand to 300 cities in the country.

He said the company could also make acquisitions to speed up its growth in the U.S.

Getir hopes to conduct its initial public offering in the U.S. and not in Turkey “when the times comes,” Salur also said.