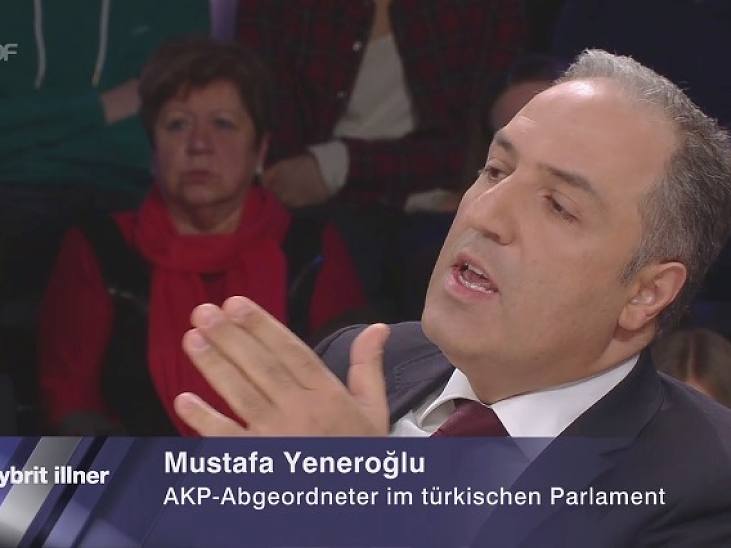 Turkish diaspora members harshly reacted to Mustafa Yeneroglu for saying Turkey’s governing party’s policies are no different than those of German AFD. Yeneroglu has been grilling his former party on almost every matter for which he used to ardently defend. He was elected to the Turkish Parliament from governing Ak Party by diaspora votes but later resign from his party to join former Erdogan ally Ali Babacan’s Deva Party.

“If you are an honest man, you should resign from the Parliament in which you were elected by Ak Party votes,” said Birol Guvenc who lives in Duisburg. Mustafa Yeneroglu was brought up in Germany and served as a secretary general of Islamic Community Milli Gorus second largest Muslim organization in Europe. He was elected to the Turkish parliament from president Erdogan’s Ak Party largely by diaspora votes and has resigned from from his party last year after serving terms to join Ak Party splinter Deva.

Yeneroglu has been lashed out on by both diaspora and conservative circles for not having any principles since he has been attacking his former party for the policies he once used to defend. Yeneroglu served as the head of the Human Rights Commission of the Turkish Parliament for one term when he was Ak Party member. Yeneroglu’s recent attack on Ak Party just tipped the glass for Turkish diaspora whom voted for him to become parliament member from Ak Party.

“AFD has been campaigning to send back Turks whom have been part of German society for 6 decades while Ak Party has been sheltering 4 million Syrian refugees for 8 years. Equating Ak Party to AFD is just despicable,” said Mustafa Antep from Wuppertal, Germany. AFD is considered as the political wing of neoNazi structures within German institutions for decades. NeoNazis has been breading among police, justice, intelligence agencies and other state apparatus.

Mustafa Yeneroglu was the secretary general of Islamic Community Milli Gorus which oversees more than 500 mosques and has hundreds of thousands of followers through out Europe. Milli Gorus is a religio-political movement and was established by Turkey’s late president Necmettin Erbakan whom also inspired Turkish president Erdogan. Erdogan was a member of Erbakan’s party. Therefor, Milli Gorus members almost exclusively vote for Erdogan’s party while the movement officially refrains from taking any political position to dodge state oppression in Europe. The Milli Gorus organization has kept quite on Yeneroglu’s harsh stance on Erdogan and Ak Party as well. However, member of Milli Gorus have reportedly been pressuring the organization to put distance from Yeneroglu. One prominent figure from Milli Gorus in Germany says the organization has long scratched off Yeneroglu’s name but refrains from publicly saying it to stay out of Turkish political feuds.