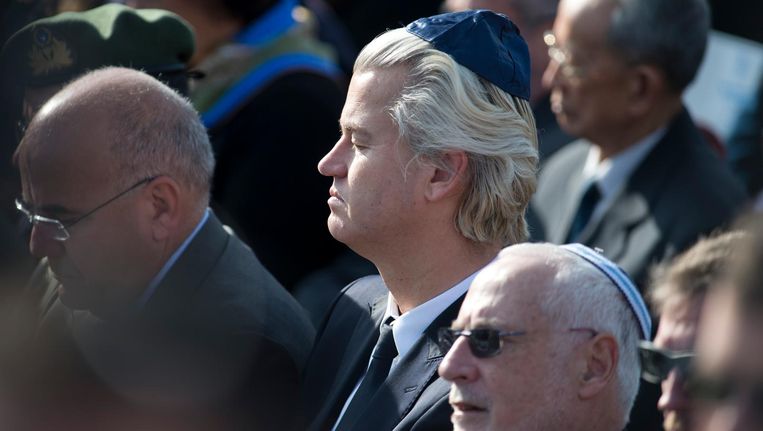 He began anti-Islam campaigns as soon as starting his political career in 1997 with the help of local and international fascist groups.  According to Britannica.com, “He left the VVD in 2004 partly to protest that party’s support for Turkey’s accession to the European Union, and two years later he founded the PVV. The fledgling PVV won nine seats in the 2006 parliamentary election, and Wilders continued to make public pronouncements against Islam. In 2007 he proposed that the Quran be banned in the Netherlands, and the next year he produced Fitna (“Strife”), a controversial short film that interlaces passages from the Qurʾān with graphic images of Islamist terrorist attacks. Unable to find a commercial distributor for Fitna, Wilders released the film on the Internet”.

Wilders is accused of getting support from foreign powers.  Wilders’ relations particularly with Zionist groups in the US and Israel are conspicuous. His ties with Israel goes back to early 1980s when he lived for two years there. Wilders said in an interview that Israel is his second homeland.

According to Hero Brinkman, a former MP for the party, the PVV received most of its finances from certain foreign (American) lobby-groups. According to Reuters, Daniel Pipes’ Middle East Forum paid for the trials and security of Geert Wilders and David Horowitz paid Wilders “a good fee” for two speeches given in the US. For 2014 to 2016, the party disclosed a total of 148,391.07 euro in donations from the California-based David Horowitz Freedom Center, a total of 18,700 euro in donations from a private donor in the Netherlands, and a donation of 6,853.70 euro from the New York-based company FOL Inc. The 2015 donations of just over 108,244 euro from the Freedom Center was “the largest individual contribution to a Dutch political party that year (Wikipedia).

All mentioned people are known for being staunch Israeli supporters and radical Jews.