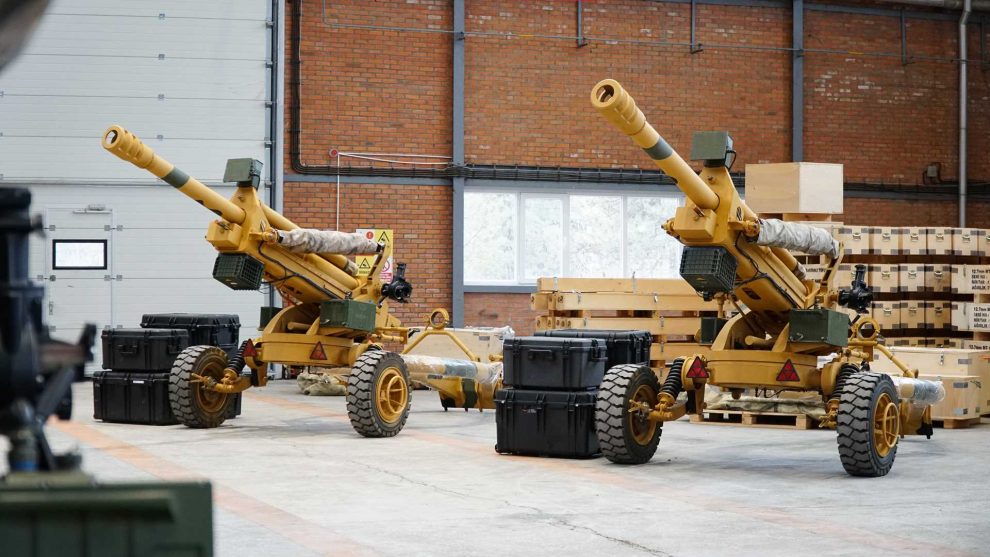 The first batch of BORAN light howitzers has been transferred to the Turkish Armed Forces.

This was reported by the Ministry of Defense of the country.

It is noted that the 105mm light towed howitzer from MKE has passed 24 tests and meets all international standards.

The weight of the BORAN howitzer is 1,780 kg, it can be transported both by air and ground transport.

The fire control system for BORAN was developed by Aselsan. It allows the operation of the howitzer day and night using electro-optical and laser rangefinders.

BORAN FCS can be integrated into other fire control systems and C4I battlefield awareness system.

The gun can operate in weather conditions from -32 to +44 degrees Celsius.

It is noted that the effective firing range of the gun is 17 km, and its rate of fire reaches 6 rounds per minute.

The howitzer is designed to destroy artillery and mortar batteries, tanks and other armored vehicles. It is also intended for the destruction of field fortifications and other defensive structures, as well as for the suppression of manpower and firing equipment of the enemy.

It should be reminded that Turkey tested the TRG-230-IHA air-to-surface supersonic missile, which successfully hit the target at a distance of 100 km.

FETÖ member Bülent Keneş might be extradited by Swedish cabinet
Turkish Opposition Newspaper “If Syrians Go, We Will Collapse”