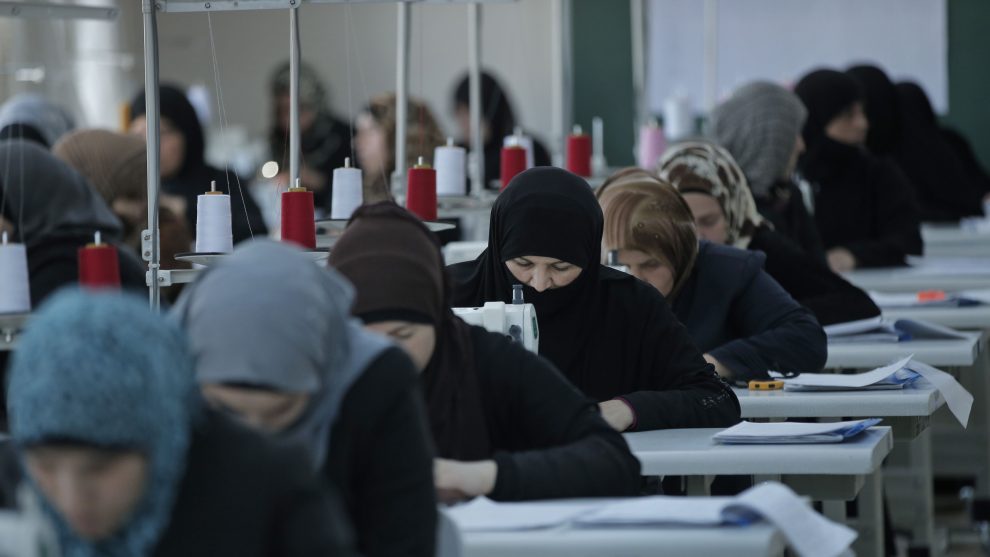 The Yeni Cag newspaper said that the industry in Gaziantep would collapse without the Syrians, according to Orient Net.

Contrary to their usual lies and slander against Syrians in Turkey, inciting people against them and spreading hatred, an opposition newspaper, famous for its criticism of the ruling Justice and Development Party’s policy (AKP), acknowledged the importance of refugees in the economy of Gaziantep and their occupation of many professions abandoned by their people and no longer want to work in them.

In an article entitled “Gaziantep began to use Syrian workers when the Turks abandoned training in basic professions”, The Turkish newspaper “Yeni Cag” quoted the writer Ökkeş  Özekşi as saying: Some claim that the economic problems, whether current or future in the country, are caused by the large Syrian presence and the increase in their numbers in some cities, especially Gaziantep. This is contrary to reality.

Özekşi pointed out that the reluctance of Turkish youth in Gaziantep to enter into necessary professions and gain experience in them, led to the creation of a great need for Syrian workers, especially in professions that require mastery and skill at work. He pointed out that university youth fled from obtaining a profession and vocational training, so the city became dependent on Syrians.

The Turkish writer added that he tried a lot to draw attention to the reluctance of young people in Gaziantep to acquire a profession, as well as the inadequacy of vocational secondary schools that are about to lose their old qualifications. This comes in addition to the fact that the university has

not been able to achieve the appropriate competence to solve this problem.

Özekşi said it was the ambiguity in the education curriculum and the lack of real skilled labor in the professions that led shop and factory owners in Gaziantep to hire Syrian workers. Ismail Babacan, an expert in the field of restaurants, expressed concern for the future of the city, where there are no teachers or trainees despite the increase in vocational and technical schools.

“The journalist swore that if Syrian skilled labor was gone, the industries would collapse, saying: “Look, there is no expert tiler in Gaziantep, no wall builder, no plumber, no skilled cooks, there are not enough employees in all professions, including car repairmen and professional workers. There is a shortage of skilled workers in all areas of business because Turkish trainees do not come.”

Syrian workers are a must

Regarding the seriousness of the problem facing the city from the lack of labour, Özekşi explained that qualified cadres must be raised. If Gaziantep cannot prepare its children and make them skilled in professional work and remains dependent on Syrian workers, the situation will be dangerous at the same time. He stressed at the same time that if there are no Syrians, many merchants in this city will not find anyone to employ.