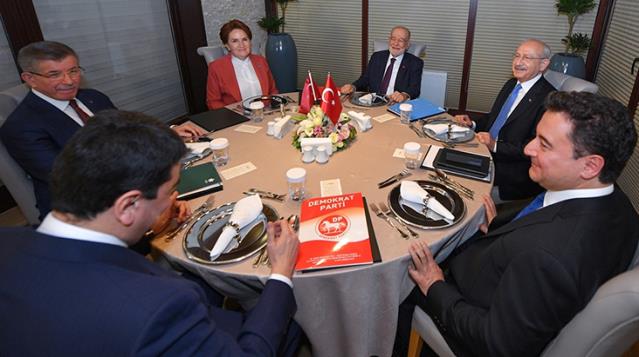 Six parties of Turkish opposition met in February 28 and signed a MoU to enlarge the Nation Alliance. Turkish Interior Minister Süleyman Soylu said that the text signed by the 6 leaders was sent to the embassy of a country for the final correction by CHP Chairman Kemal Kılıçdaroğlu.

Soylu said “We know who received orders from which embassy.” Soylu, who attended the meeting of the AK Party Esenyurt District Advisory Council last night, said, “Kılıçdaroğlu, if you are a little honest, if you have a little faith in this nation, explain to which embassy you sent the statement you prepared and recorded after the 6th table meeting, for correction.” he called.

Soylu’s claim shocked Turkish political world. Pro-government media called the undisclosed embassy as the 7th partner in the Nation Alliance. The claim was also regarded as a matter of national security.