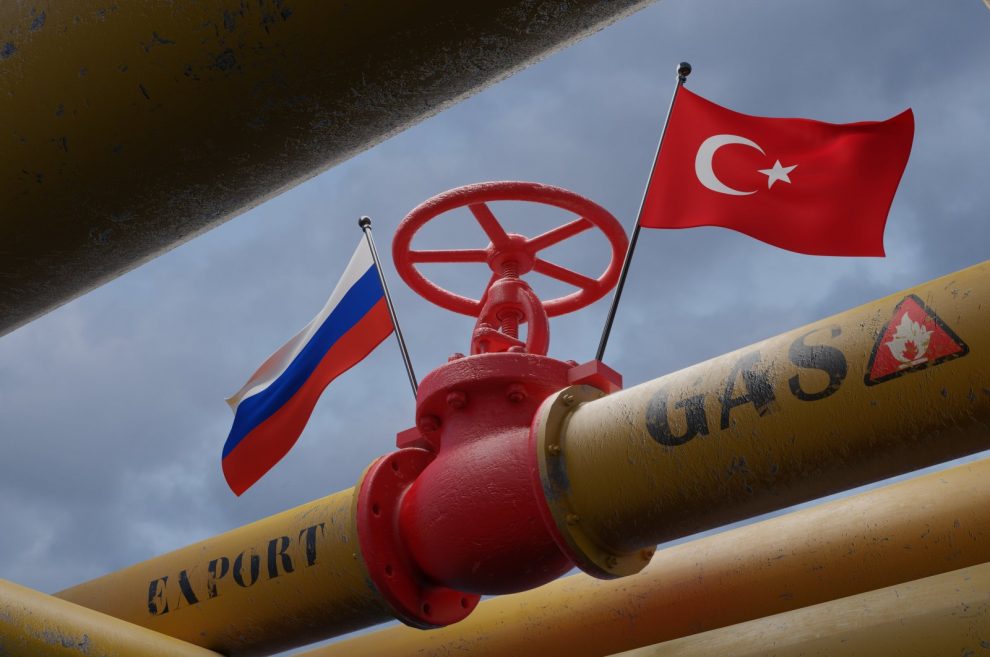 Aseries of explosions along gas pipelines from Russia to Germany started occurring from late September. While the United States and European countries blame Russia for the sabotage, the latter blames the former. Since it is difficult to reveal the real perpetrator, all accusations should be received carefully. Yet, a U.S. attack looks more likely as Washington is not happy with procurement of Russian gas by its European allies.

On the other hand, Russian President Vladimir Putin has recently offered Türkiye to become a gas hub, which was welcomed by President Recep Tayyip Erdoğan. Officials from both countries are studying the project now. Putin’s proposal may be interpreted as a sign of his innocence regarding the explosions at Nord Stream. This is because it appears that he cannot rely on Nord Stream, thus the best way is to move the flow of gas to the Black Sea, which can be protected better from any attacks.

Regardless of who committed the attacks in the Baltic Sea, the result comes as a gift to Türkiye. While Turkish lands are already transiting gas flow from many countries to Europe, being also a hub will boost its strategic position, not to mention the revenue it will obtain from the gas trade. Yet, not everyone is happy with these latest developments. While the Turkish opposition is furious at Putin for giving a life vest to Erdoğan for the upcoming elections, Western capitals accuse the Turkish government of alleviating sanctions exerted on Russia.

Western governments have been complaining about Türkiye’s neutral stance in the Ukraine war. From their point of view, Türkiye is not siding with its NATO allies against Russia. They were expecting Türkiye to severe relations with Russia, just as they did, but it did not happen. According to them, the Turkish attitude toward Russia does not match with the alliance rules.

Obviously, this is a one-sided view clearing the accusers while making Türkiye a scapegoat. A report prepared by Rand Corporation about U.S. foreign and defense policies shows that the Ukraine war was pre-planned by the Biden administration. According to the document, the U.S. made Ukraine follow an aggressive foreign policy so that Russia would take military action against the country. By this way, (1) the EU economy would collapse, (2) Europeans would turn to America for liquefied natural gas (LNG) and (3) Europe – especially Germany and Russia – would be divided. Hence, three birds would be hit with one stone, and this plan was indeed realized.

Instead of bandwagoning the Biden administration for American ends, the Turkish government chose to be pro-Ukraine but not anti-Russia. This strategy worked well and helped other countries utilize Türkiye’s position. For instance, thanks to the grain deal mediated by Türkiye, many countries did not face a grain shortage. Plus, Ukraine could sell its agricultural products by Türkiye’s efforts. It is correct that Putin is happy with Türkiye’s neutrality but so is Ukraine. Then, here comes the question; if Ukraine accepts Türkiye’s stance, whose business is it to force Ankara to change its policy?

What is more, Türkiye was left alone by its allies against its adversaries and enemies many times. When a Russian jet was downed by Turkish jets in November 2014, some NATO allies declared that they will not defend Türkiye against Russia. Also, besides desiring Erdoğan’s overthrow by the military coup in 2016, Western powers sheltered coup plotters and put embargoes on the sale of weapons to Türkiye. The embargoes are still effective today.

The unpleasant aspect is that even if Türkiye cuts diplomatic relations with Russia, there is no sign that Western states will lift the embargoes. Therefore, they want the Turkish government to sanction Russia while maintaining to sanction Türkiye. Needless to say, Ankara is smart enough not to accept such double standards.

Finally, from a broader perspective, all sides are testing their strength and loyalty to their alliance over Ukraine. Since Türkiye was already disappointed by NATO allies in recent years, it opts for remaining away from strategies of intrigue and follows an independent foreign policy. At the end of the day/war, all parties will discover the consequences of their foreign policies. Regarding Türkiye, it will probably enjoy acting independent while at the same time supporting Ukraine. Meanwhile, Turkish officials have already started to negotiate with other gas producers to supply gas for storage.