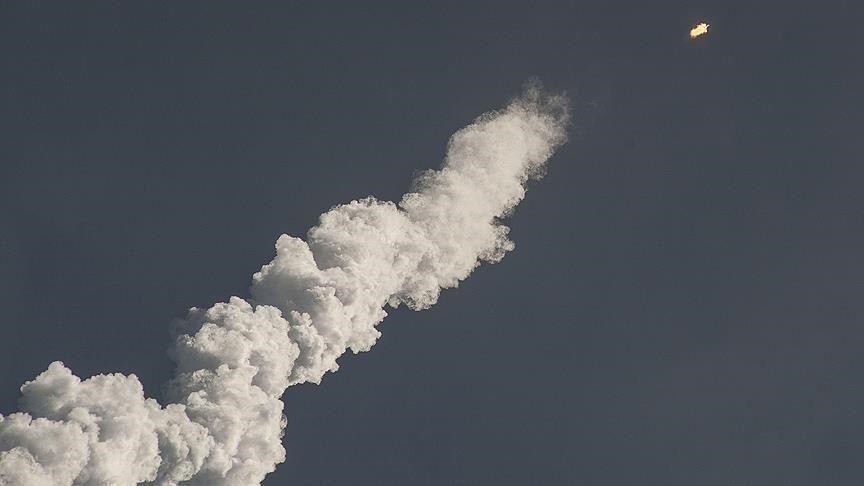 Being in the UAE has become very dangerous nowadays.

The United Arab Emirates said Sunday that it intercepted and destroyed a ballistic missile fired by Yemen’s Houthi rebels while Israel’s president was officially visiting the country.

The UAE’s “air defense intercepted and destroyed a ballistic missile launched by the Houthi terrorist group towards the country,” the Defense Ministry said in a statement on Twitter.

No damage was caused by the attack, the ministry said.

It added that debris fell in an unpopulated area and there were no casualties.

The attack came on the same night that Israeli President Isaac Herzog met with Abu Dhabi’s Crown Prince Sheikh Mohammed bin Zayed Al Nahyan on his first official visit to the UAE as the country’s head of state.

Herzog will not interrupt his visit, presidential spokesperson Eylon Levy told Anadolu Agency, adding “the visit is expected to continue as planned.”

Yemen has been engulfed by violence and instability since 2014, when Iran-aligned Houthi rebels captured much of the country, including the capital Sanaa.

A Saudi-led coalition aimed at reinstating the Yemeni government has worsened the situation.

Yemen is home to one of the world’s worst man-made humanitarian crises, with nearly 80% of Yemenis, or about 30 million people, needing humanitarian assistance and protection. Over 13 million are in danger of starvation, according to UN estimates.

Are NATO members committed to Article 5?
Indonesia Eyes Turkish Drones – But Which Types?