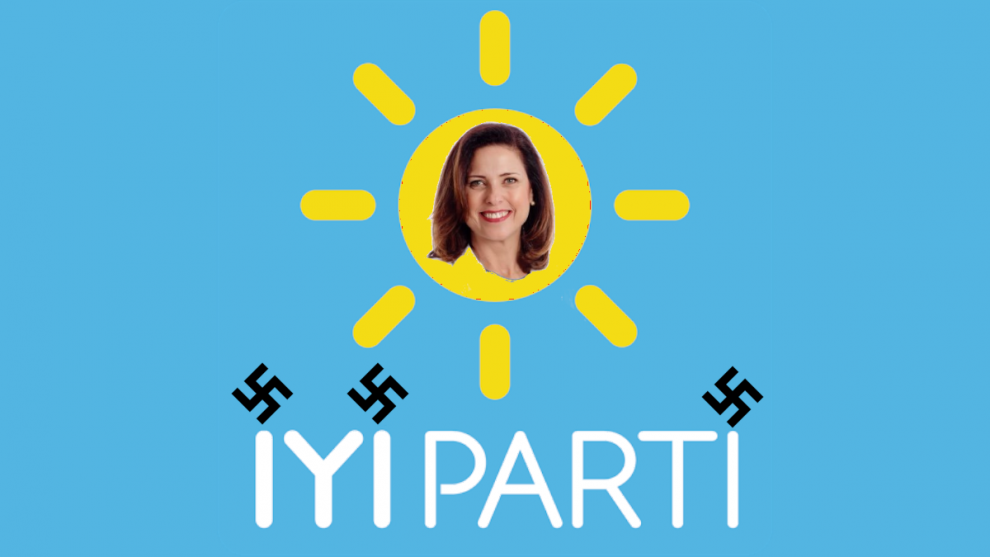 Turkey’s ultra-nationalists Iyi Party founding member and mayoral candidate Ilay Aksoy openly targeted a Syrian teen for simply completing her university education and getting a job at a newly-built government hospital in Istanbul. Aksoy posted the name of the Syrian girl along with her picture, the name of the hospital and the exact employment date.

Aksoy shared a screen shot from the Syrian girl’s social media page and said she graduated from Trakya University Faculty of Pharmacy and will start working as a government employee on August 14th. Aksoy ended her tweet by ironically congratulating the Syrian girl.

The ultra-nationalist Iyi party is known for its xenophobic and anti-Syrian stance. Aksoy was a mayoral candidate for his party in conservative Fatih district of Istanbul where hundreds of thousands of Syrian refugees found safe lives. Her biggest election pledge was to drive out all Syrians from Fatih.

Aksoy’s social media post drew a lot of reaction from several people on Twitter. Another Syrian, Ahmet Hamou, who also has been living in Istanbul said if anything happens to the Syrian teen, Aksoy should be held accountable for it. Washington-based journalist Bilal Kenasari pointed out the fact that Aksoy herself is an immigrant from Cyprus and lived in Australia for years and moved to Turkey. Several people on Twitter also called on Turkish courts to press charges against Aksoy for inciting hatred against Syrian refugees.

Turkey has been successfully hosting more than 4 million Syrian refugees for much of the decade. Dozens of Syrians have been killed in Turkey by fascist Turks whom have been inspired by politicians like Aksoy. Ankara-based journalist Ahmet Hamdi Sisman drew attention to the fact that western media widely cover murder or attacks on Syria refugees but play the three monkeys when politicians like Aksoy openly targets Syrians living in Turkey.

Ultra-nationalist Iyi Party has been notorious for its anti-refugee stance. Its leader Meral Aksener pledged to sent back all Syrians refugees from Turkey to Assad regime if it won the general elections. Its deputy head, Lutfu Turkkan also frequently posts tweets targeting Syrian refugees.