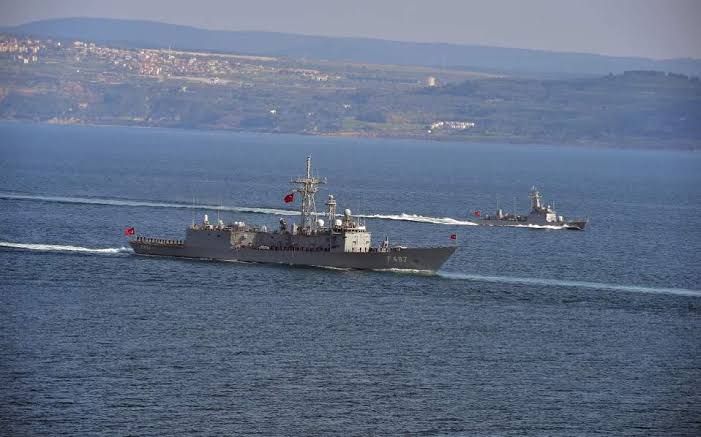 When Turkey and Greece signed a series of international agreements which handed the Aegean islands as close as 1,5 kilometers to Turkish mainland to Greece, the issue of continental shelf has turned into a ticking bomb. Especially throughout 90’s, Greeks and Turks came close to major crisis over the issue but 2020 might be the end of the countdown on the ticking bomb.

Turkish government has announced Navtex, informing sailors, on Tuesday for seismic explorations in the Mediterranean near the Greek island of Crete. The Maritime deal signed last year with the legitimate Libyan government gave the right to Turkey to conduct such activity in the area. However, Greece still claims that the area falls into its exclusive economic zone therefore considers the Turkish operation an aggression on its sovereignty. Greece along with Greek Cyprus hastily issued a counter Natvex in order to stop Turkey from carrying out explorations and drilling in the area.

Turkish Foreign Ministry on Wednesday has released a statement to once more emphasize that such small islands only 1 kilometer away from Turkish mainland would not create continental shelf for Greece. Spokesperson for the Turkish Foreign Ministry, Hami Aksoy, released the statement on behalf of the ministry. Aksoy reiterated that a 10 square kilometer island which is 1 kilometer away from Turkish coast but 560 kilometers to Greek mainland would not create exclusive economic zone of Greek claims. Aksoy said it was maximalism and and against international law.

The statement also reminded that Turkish seismic vessel Barbaros Hayrettin Pasa had already conducted activities in the area during past few years. Turkish Foreign Ministry has also called on Greece to solve the problems through dialogue but underlined that Ankara will defend its rights given by international laws.

Ultra-Nationalist Iyi Party Official Targets a Syrian Girl For Completing Her University Education
Flying Under the Radar: Iranian Alternatives to Suez and Belt and Road