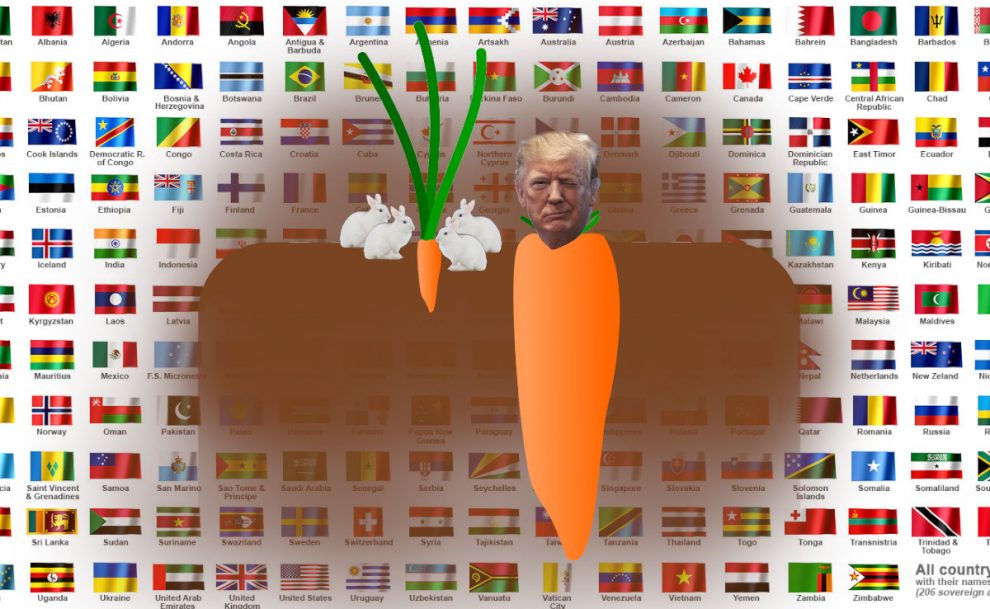 U.S.  President Donald Trump was made fun of, humiliated or despised even before he was elected. Today, however, it has become a common trend in analyses and interpretations about him. Much can be said of his active use of Twitter or his frequent viewing of Fox News and his failure to be a successful orator and the like. However, it would be foolish not to see that Trump acts within a certain vision and game plan for the future of the U.S. in so many areas, from domestic policy to diplomacy.

Let us look at his relationship with China, which he regards as an archrival. He kept on saying during the election campaign that the conditions of trade with China were to the detriment of the U.S., vowing that he would correct this. By starting the tariffs war, he showed that he was serious in his statements. Today, big technology companies are in the process of pulling out of China, as well as PC giants such as HP and Dell. It is also known that Google, Microsoft and Amazon are also committed to pulling out. In addition, Apple’s announcement that it is looking to relocate up to 30% of its current China-based manufacturing was a huge deal. Although retailers and big tech companies moving out of China did not lead to fulfilling Trump’s ultimate goal of having them relocate back to the U.S., it is definitely a move that will strengthen Trump’s hand in the trade wars against China.

On the other hand, the U.S. economy has improved in many areas, from growth rates to the stock market. An average American is largely satisfied with Trump’s managing of the economy. Had it not been so, his approval ratings would have dropped into the single digits as the huge culture industry and the mainstream media attack him every day.

Looking at the U.S.’ relations with Russia, it can be seen that it also follows a “Trumpian” path. When China was set as the main target in foreign policy, a path to a smoother transition with Russia was preferred. However, while the whole country was shaken by collusion allegations, Trump could have caved under the pressure and adopted a hostile attitude toward Russia. On the contrary, a friendly demeanor was what he preferred, underlining that he did not need to act with a guilty conscience.

It has been possible to see the repercussions of this unique foreign policy approach in Turkey-U.S. relations recently. So much so that Trump stepped back at points where he confronted the Pentagon while trying to maintain a close relationship with President Recep Tayyip Erdoğan, and he tried to make up for this on a rhetorical basis.

For instance, although he promised to withdraw from Syria, he could not fulfill his promise by confronting the U.S. military-industrial complex. Instead, he said during the G20 summit that it was the reckless embargo during the Barack Obama era that pushed Turkey into the S-400 decision, stating that he was against the sanctions. With this single move, he was able to defeat all the contrary statements by Pentagon authorities in the last five years in order not to lose NATO’s second-largest army as an ally.

It is hard to say whether Trump will maintain his seat in 2020 and how much of his international vision he will be able to achieve. However, it is certain that he pursues a purposeful, pragmatic and unique U.S. foreign policy.