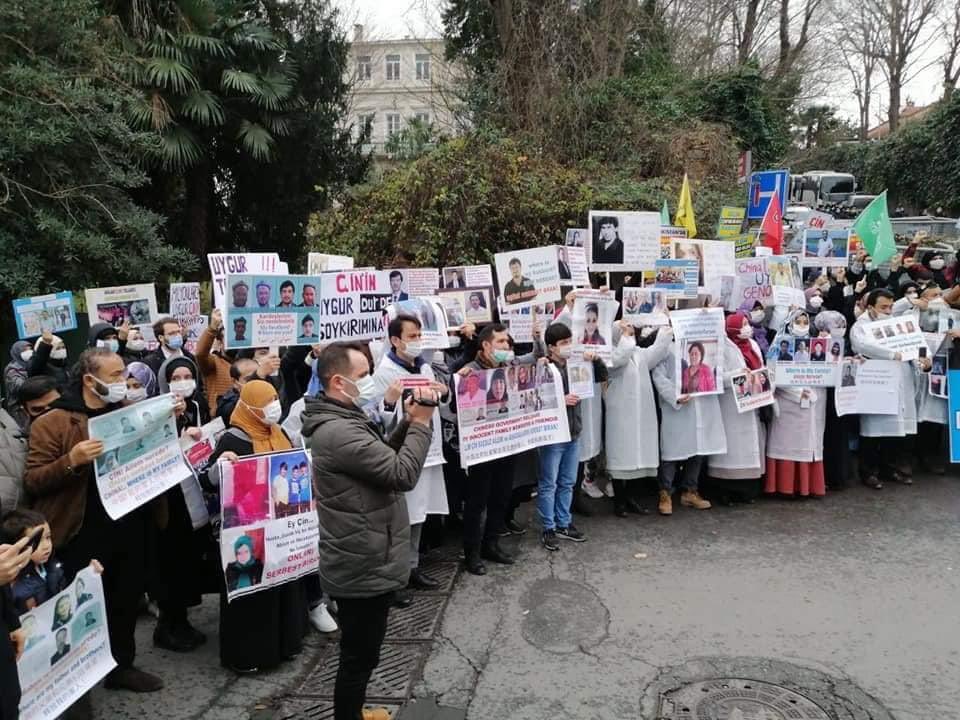 Hundreds of Uyghurs have decided to suspend their 18 day-long protest in front of Chinese consulate in Istanbul on Thursday after consular officials agreed to accept documentation of missing family members at the behest of Istanbul governor. However, Istanbul mayor Ekrem Imamoglu attempted to steal governor’s role by taking advantage of a translation issue leaving Uyghur activists at the protests perplexed.

“Radio Free Asia (RFA) mistranslated governor into mayor but I have no idea why Imamoglu implied that he took part -in mediation between Chinese consulate and protestors-“ said Jevlan Sirmehmet, a leading Uyghur organizer of the protests. RFA confused the terms mayor and governor in its report on Thursday when announcing that Chinese consulate officials agreed to take documents from the protestors about their family members in interment camps. It was Istanbul governor whom negotiated a deal with Chinese consulate, according to the Uyghur protestors. Following RFA’s confusion, World Uyghur Congress has mentioned Istanbul mayor Imamoglu on its tweet to express gratitude for his help. However, The Istanbul mayor attempted the steal a role instead of admitting that he had nothing to do with the Uyghurs protesting in his city. “He did not even come by a single day to show solidarity,” said Sena Bilgili, a young Turkish female who took part in protests.

The World Uyghur Congress’ tweet which mentioned Istanbul mayor as the mediator received large circulation because it is the largest global umbrella organization of Uygur diaspora. But Kamp Magdurlari Twitter account belonging to Turkey-based Uyghurs posted information to denounce that Imamoglu had no part in the mediation between Chinese consulate and protestors. “Istanbul governor accepted us in his office not Imamoglu,” said  Sirmehmet whom manages the Twitter account Kamp Magdurlari (camp victims) with a group of Uyghur activists in Turkey.

CHINESE CONSULATE DID NOT KEEP ITS PROMISE

Although Chinese consulate said it would accept documentation about missing family members through Istanbul governorship, it did not keep its promise. Uyghur protestors gathered nearly 5200 documents in such a short notice to hand to the Chinese officials but so far no one from the Chinese Istanbul consulate came out to take the documents. Uyghurs said they informed the governorship about the recent situation and they will restart their protest if Chinese official does not hold their end of the deal. 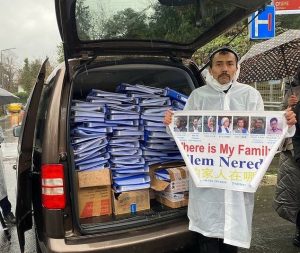 Can UAE abandon its perfidy in foreign relations?
Xiaomi to Invest up to $40 Million in Istanbul Plant