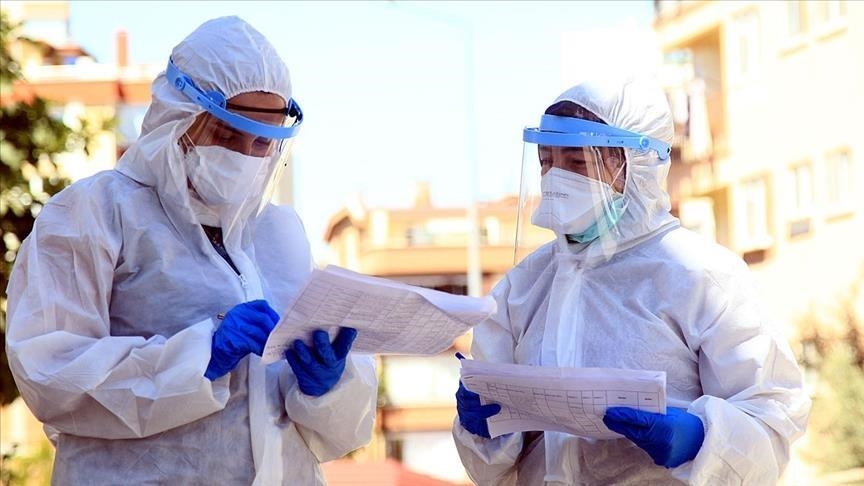 The coronavirus pandemic which has exposed us to mandatory changes in every aspect of our lives, from our daily routines to our general habits for more than a year, is now preparing to introduce a second passport that would show our health status for travel.

The world could not stop the pandemic despite warnings, restrictions, and even vaccines. Although there may be a glimmer of hope with the effect of warm weather and mass vaccination in the coming months, there is no guarantee that our lives will return to normal.

The vaccine passport, a candidate to become the new reality of our lives, will allow EU citizens to travel freely within the union for now.

The EU, socio-economically affected by the virus to a significant extent, could not withstand the persistent pressure of some members with a tourism-oriented economy, and decided to put into use the vaccine passport, seen by some as a “conspiracy theory” until recently, to make free travels.

While some countries in Europe are afraid of the third wave, if the vaccine passport process is not managed well, a third wave of criticism would be inevitable for the EU administration.

The idea of ​​a vaccine passport was heard in Greece, where one out of every five people works in the tourism sector, in a letter by Prime Minister Kyriakos Mitsotakis to the EU Commission.

Spain, in a similar position to Greece, also supported this idea. But countries such as France, Germany, and Belgium opposed the idea, fearing that the vaccine is still not accessible to everyone and would lead to injustice.

However, with the arrangements made by the EU Commission as well as getting opponents to agree, the work on the “vaccine passport” was officially started with a news conference of EU Commission President Ursula von der Leyen.

The priority in the initiative is that citizens can travel freely without restrictions within the EU. Because some EU members were doing checks at the border despite the bloc’s decision and were able to turn people away from the border despite being EU citizens. Since the very beginning of the COVID-19 pandemic, there have been many incidents that have damaged the understanding of the unity, which has increased the dose of criticism against the EU administration. On top of that, the fact that the countries were conducting border checks first put the EU Commission in a difficult situation.

What information will vaccine passports will include?

Although it is called the “vaccine passport” or “vaccination certificate,” the document that will be in a digital or paper form will show whether people got a COVID-19 vaccine, if so, where and which vaccine, the antibody level, and COVID-19 PCR or the rapid antigen test result.

The EU automatically accepts vaccines approved by the European Medicines Agency, including Pfizer-BioNTech, Moderna, AstraZenaca, and Johnson & Johnson. But it is known that Hungary and Slovakia use Chinese and Russian vaccines, while Italy and Czechia open the doors to these vaccines as well. The EU left the approval of vaccines other than the four Western companies to its members.

The use of vaccine passports is expected to start in June. But the failure of the EU in all phases of the COVID-19 pandemic raises questions about the timely preparation of the vaccine certificates and the management of the process. Last year, the EU administration could not respond to the calls for help of its members, particularly of Italy. It could not meet the urgent needs of countries such as masks and respirators, and although it made agreements with vaccine companies for 2.5 billion doses, could not succeed in procurement of the vaccines.

While some countries in Europe are concerned about the third wave, if the vaccine passport process is not managed well, a third wave of criticism would be inevitable for the EU administration.

The idea that free travel can only be brought to EU citizens with a vaccine passport is not true. The eyes of Greece and Spain, who defend this practice in the most fervent way, are on British tourists. The EU Commission leaves the initiative here to the relevant EU member, as is the case with any problem it cannot solve. Each country will continue to accept non-EU passengers vaccinated if possible, or with a negative PCR test result. As in the current practice, members can place restrictions on passengers from high-risk countries.

So although the vaccine passport is on the agenda as an EU initiative, it seems inevitable that the application will spread across the world depending on the course of the pandemic. The attempt seen by many as a conspiracy theory is about to turn into a reality with the pandemic.