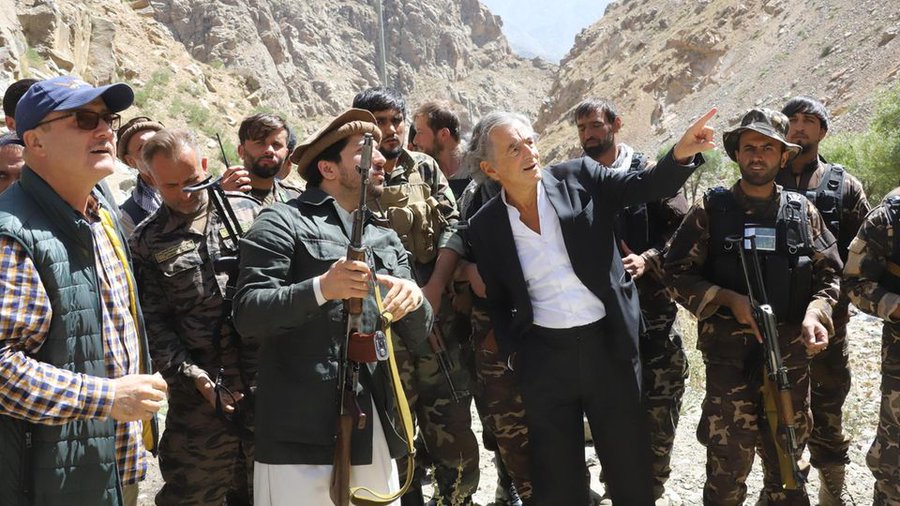 Last week the Zionist activist, Bernard-Henri Levy, traveled from France to meet with Amrullah Saleh and Ahmad Massoud, leaders of the last anti-Taliban resistance pocket in Afghanistan. This curious event brings to mind BHL’s unwelcome visit to Misrata, which was cut short due to controversy. His views mirror French policy: support for warlords against any democratic expression, which is termed “extremist islamism”.

The irony of this policy is that it was the GNA which defeated Libya’s ISIS affiliate. France provided no assistance against ISIS, instead backing Haftar in his illegal attack against the UN recognized GNA. How can one be against extremism, but turn a blind eye to ISIS and, worse yet, attack the legitimate government that defeated ISIS?

This disturbing trend continues in Syria, where BHL visited Ain al-Arab for 10 days, praised the PKK, and called for an Israeli-backed Kurdish state. BHL’s deep hostility towards Turkey was further displayed when he called for its expulsion from NATO. Incidentally, the US and France justify support given to the PKK, by the need to “fight ISIS”.

Now, less than a week after BHL’s visit to Afghanistan, ISIS has killed over 60 civilians and a dozen US troops, in a complex attack on Kabul International Airport. Neocon influencers are calling for a new US operation in Afghanistan. Whether coincidence or not, it cannot be denied that trouble and terror tend to follow BHL’s wake.

Two-faced relationship between CIA and feminism
Two explosions at Kabul airport; A sign of a new civil war?