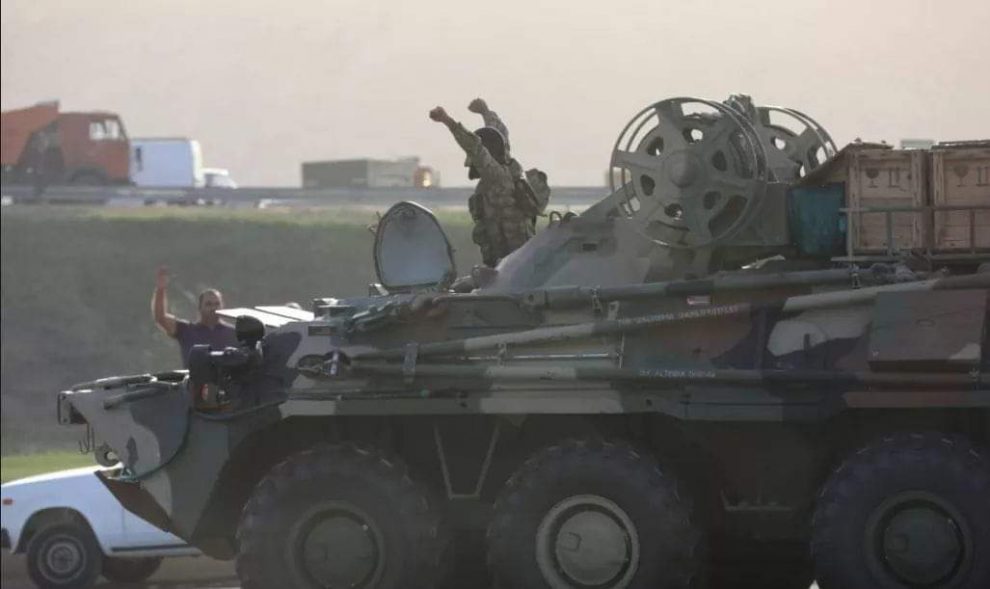 While Armenian-Azerbaijani clashes continue over Karabakh region, other countries have declared which side they support.

US presidential candidate Joe Biden and a number of congressmen asked Trump to put pressure on Azerbaijan to stop combatting. France’s Macron also said they support Armenia against Azerbaijan. On the other hand, Iran and some Arab countries side with Armenia despite that Azerbaijan is a Muslim country. India is also on the side of Armenia due to Pakistani rivalry.

Regarding Azerbaijani side, Turkey openly supports Azerbaijan and gives military assistance to Azerbaijani army. In addition, while Pakistan and Qatar support Azerbaijan due to its Muslim roots, Israel also looks to be siding with Azerbaijanis. The reason for Israel is allegedly its goal of surrounding Iran from the back and that Azerbaijan is a good customer of its weapons.

However, analysts say that as per international law, countries should support Azerbaijan since the UN resolution clearly defines Karabakh as a territory of Azerbaijan, occupied by Armenia. İbrahim Karataş, a Turkish journalist, said in his twitter message that “If France does not accept UN resolution (regarding Karabakh), why is it a member of Security Council?”

If France does not accept UN resolution, why is it a member of Security Council? https://t.co/oHNqMfM5Z8

Another journalist John Constanza told Straturka that US politicians support Armenia just because they are in the payroll of the Armenian lobby”. Constanza does not expect US congressmen to be influential in this issue since Israel, backed by Jewish lobby, supports Azerbaijan.