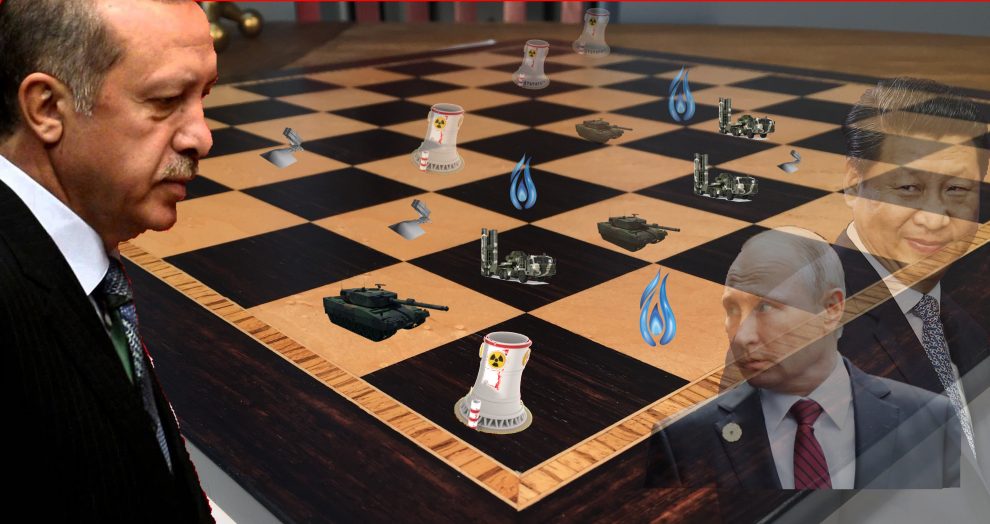 Following his latest election victory, Russian President Vladimir Putin paid his first overseas visit to Turkey on the occasion of the groundbreaking ceremony of the Akkuyu Nuclear Power Plant (NPP) which is being jointly built by Turkey and Russia in Mersin. The next day, the second Syria trilateral summit, the first one of which had been held in Sochi, was held with the participation of Iranian President Hassan Rouhani, as well.President Recep Tayyip Erdoğan was hand in hand with Putin and Rouhani on April 4, corresponding to the 69th anniversary of the founding of NATO. Just a week ago, Erdoğan joined hands with EU and European Council leaders in Varna, conveying a message of cooperation, especially on the refugee issue.

I guess Erdoğan is both the most challenging and the most talented player in this game. This is because, while trying to stabilize relations with the Western alliance on the one hand, he is developing cooperation with neighbors, Russia and Iran, which the Western alliance does not tolerate, on the other. Obviously, if there are any country leaders who are bothered by this picture, they must honestly answer the following three questions without plunging into rhetoric that makes Turkey an enemy and victimizes themselves:

While rockets and bombs dropped on Turkey first from Bashar Assad and then from the PKK’s ranks, where was the NATO alliance despite Turkey’s repeated calls for aid referring to Article 5?While Turkey’s enormous security need is obvious, you were busy praising the People’s Protection Units (YPG) and providing shelter for putschist Gülenists instead of satisfying this need. At this point, Turkey had to clean its own borders. So, what do you expect of Turkey in the face of Russia being the only cooperating country?

While Turkey canceled its missile tender with China at former U.S. President Barack Obama’s request, it was the U.S. and Germany which raised troubles about the purchase of Patriots and which withdrew their Patriots from Turkey at a time they were sorely needed. What justifiable objections can these two countries, which take the lead in NATO, have against Turkey’s purchase of S-400 air defense systems from Russia? Or rather, could you understand why most Turks now turn a deaf ear to such warnings by you?

If NATO countries do not ponder these questions and react by accusing Turkey in the face of latest developments as they have always done, things will inevitably lead to a conclusion where Turkey will not have an axis shift, but be pushed away from the alliance by NATO itself.

Genocide In Bosnia: A Warning To Muslims In The West
The Next Bosnian Muslim Genocide No One is Talking About
Comment