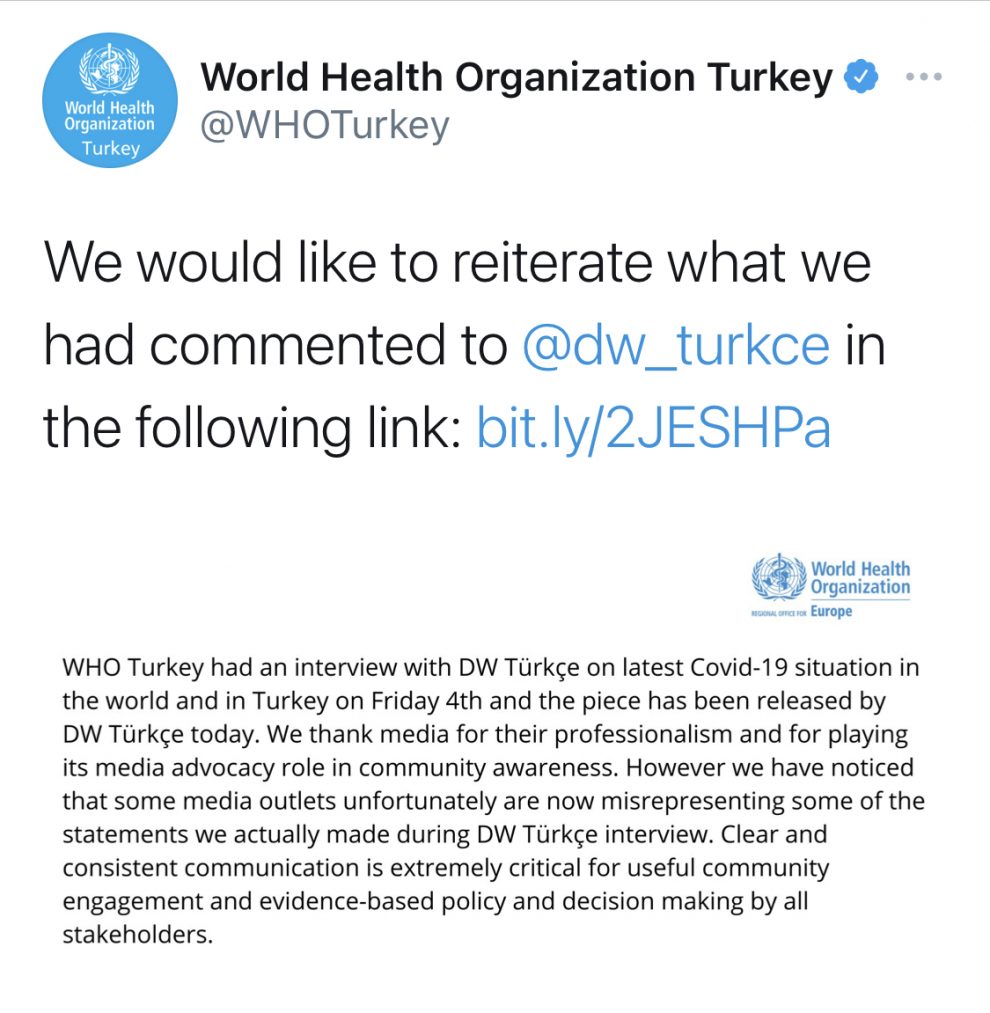 Germany’s state-affiliated international news channel Deutsche Welle has distorted an interview upside down with a senior World Health Organization (WHO) official publishing fake comments that Turkey’s health system is on the verge of collapsing. WHO later had to come out to refute the content of the interview appeared on Deutsche Welle on Sunday by releasing the raw version.

Deutsche Welle’s Turkish service published the controversial news on Sunday after interviewing Dr Irshad Ali Shaikh, the head of WHO Country Office. DW Turkish claimed Shaikh saying Turkey’s health system being on the verge of collapsing along with other controversial attributions. DW Turkish also quoted Shaikh saying “the situation in Turkey being just as bad as other countries.” The news generated a huge reaction on social media and WHO was noticed of the distortions in the published version of the interview.

World Health Organization 10 hours came out to refute the comments appeared on German network by releasing the raw version of the interview. It appeared that Ankara-based WHO official Dr Shaikh has never made such statements DW Turkish had published. “We are facing increasingly worrisome numbers,” DW Turkish claimed Shaikh saying about the situation in Turkey but in reality that comment was made about the global situation. “That is manipulation of the interview by copy-pasting and what DW has done has tarnished the image of journalism all together beyond repair,” said Turkish journalist Ahmet Sisman. “Journalism associations should condemn what DW has done in order to protect our image as truth-seekers,” Sisman reiterated.

As of Monday morning though, DW Turkish service has yet to remove the controversial tweet from its feed nor release a public apology over the embarrassing incident.

Erdogan: Turkey will not accept to be confined to Antalya shores
The Lancet’s Black Friday