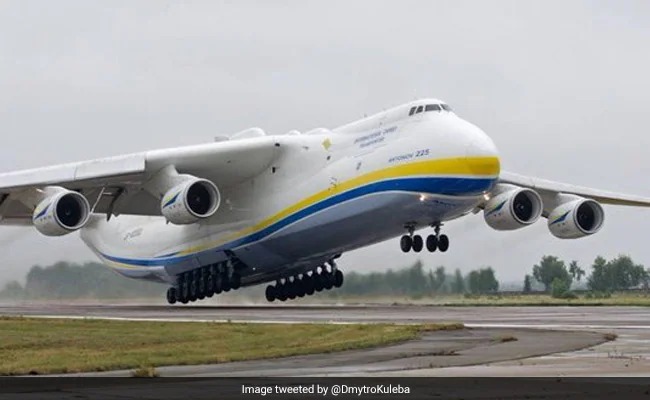 Amid the Russian invasion, the world’s largest plane — Ukraine’s Antonov-225 cargo plane — was destroyed by Russian strikes outside Kyiv on Sunday, said Ukraine’s Minister of Foreign Affairs, as Moscow continued its invasion on the fourth consecutive day.

Taking it to Twitter, MFA of Ukraine’s official handle said, “A symbol of hope in the darkest hours of COVID, Ukraine’s Mriya (Dream), the world’s largest plane, carried vast quantities of life-saving vaccine and PPE around the globe.”

“It is now destroyed by Russian invaders in its war against Ukraine and the wider world,” they added with a hashtag ‘Stop Russian Aggression’.

According to weapons manufacturer Ukroboronprom, restoring the “Mriya” would cost over $3 billion (2.7 billion euros) and could take over five years, AFP reported.

The An-225 has been operated by Ukraine’s Antonov Airlines for cargo flights and was in high demand during the beginning of the Covid-19 pandemic.