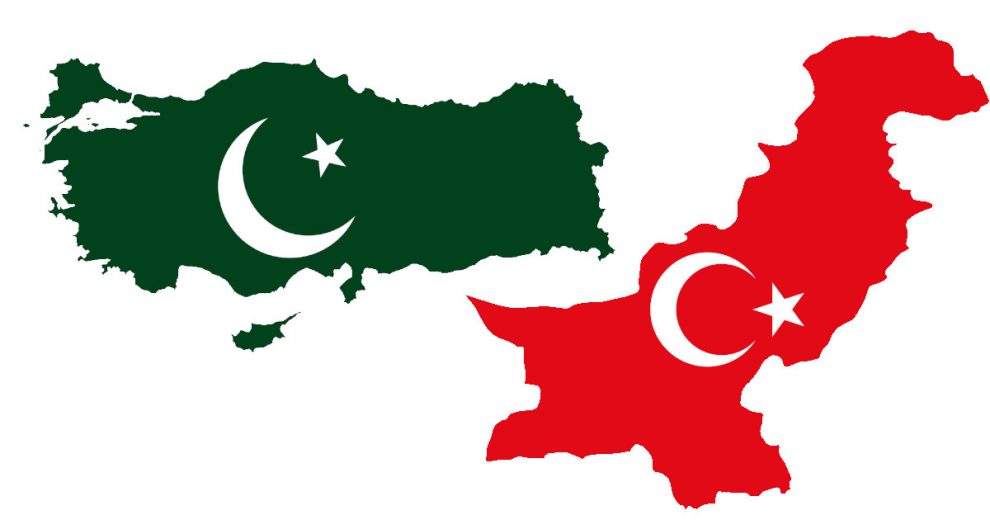 This week, President Recep Tayyip Erdoğan will travel to Pakistan to address the joint sitting of the country’s parliament for a record fourth time. Erdoğan is expected to arrive in Islamabad on Feb. 13 for a two-day visit. Pakistani officials, including Asad Qaisar, speaker of the National Assembly, have expressed delight about Erdoğan’s visit. Qaisar said he would consult with parliamentary leaders from all political parties with respect to Erdoğan’s visit and pledged that all members of the house would be present at the National Assembly joint session.

This joy does not go without reason. In fact, there are plenty of them. On top of the long-established brotherhood between the two nations, Pakistan has been let down by its traditional allies during the recent crisis in Kashmir, which has been transformed into a veritable prison in a look that seems to be a throwback to 1951.

During those dark times, Indian socialists claiming they were implementing land reform and mass education campaigns that necessitated heavy censorship on newspapers and a blanket silencing of all Muslim radios. In fact, then-Prime Minister Jawaharlal Nehru turned Kashmir into a prison. The Indian government revoked agreements and laws that provided the basis for the rights enjoyed by Muslims in Jammu, the Indian-administered part of Kashmir. Last year, Indian Prime Minister Narendra Modi promised a “New Kashmir,” but he has actually choked the life out of it with his continued and increasing restrictions. His recent move was to deny internet connection to Muslims in the region, claiming that “Islamic mobs were organizing demonstrations on social platforms.”

The key term here, of course, is “Islamic,” and it was red enough for the bulls of Abu Dhabi and Saudi Arabia to turn Pakistani Prime Minister Imran Khan down when he requested an immediate meeting on Kashmir. The Saudis have taken over the term-presidency of the Organization of Islamic Cooperation (OIC) from Turkey and rejected the Pakistani request discussed at the senior officials meeting yesterday in Jeddah. It is clear that Saudi Arabia will not bring the issue of Kashmir to the Council of Foreign Ministers. This is not happening for the first time and thus Khan voiced the Pakistani people’s frustration over the OIC’s silence on Kashmir during his visit to Malaysia.

Furthermore, this given that Saudi Arabia and the United Arab Emirates bestowed a great gift on India last year by having invited the country to the OIC Council of Foreign Ministers meeting. India’s External Affairs Minister Sushma Swaraj addressed the session in Abu Dhabi as a “guest of honor” of the OIC host country, the UAE.

It was a major diplomatic coup for India and a thank you message on behalf of Muslims in India after all the suffering it had been causing in Kashmir all those years. Instead, the ummah should have sent a clear message to India about its termination of legal agreements and its own laws that guarantee basic human rights to the Kashmir people. As soon as India accused human rights activists in Kashmir of Islamic radicalism, however, Sheikh Mohammed bin Zayed, crown prince of Abu Dhabi and patron-saint of anti-Islamism the world over, became the beloved ally of Modi, a man accused of racist practices in his own country. For him and his hand-picked Saudi counterpart, Mohammed bin Salman, the result came in the form of snubbing Pakistan and not allowing IOC ministers to discuss the situation in Kashmir, which has been under a security crackdown and information blockade since August last year. More than 12 million Muslims have been cut off from the rest of the world as the internet has been suspended since. Thousands of people have been detained and blinded by Indian troops’ infamous pellet guns.

This is the background for Erdogan’s Pakistan visit and so Prime Minister Khan and other Pakistani leaders are more than happy to see him in Islamabad.

While Pakistan has been brutally orphaned by its would-be brothers in OIC, Erdoğan pledges Turkey’s best wishes to Pakistan and a desire to always keep the country in its hearts. Our brothers in Pakistan and Kashmir should know that they have a brother watching over them.