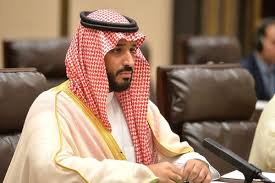 The dramatic turn of events in Saudi Arabia involving arrests of prominent royal family members and billionaire businessmen will have a profound impact on the region. This is an unsettled situation in the kingdom’s internal power struggle.

Turkey will have to adopt a clear and balanced policy that is in line with its friendly relations with Riyadh and serves the interests of regional peace and security.

There is nothing wrong in viewing the Saudi power play as an internal affair, irrespective of the extraordinary and dangerous nature of the events. Before the latest round of arrests of royals, officials and businessmen, there was a crackdown on top religious figures seen as not sufficiently supportive of Crown Prince Mohammed Bin Salman, who is widely referred to as MBS for the convenience of Western minds. Such image-making was carried out earlier in the United Arab Emirates for two well-known figures — Dubai’s Ruler Mohammed Bin Rashid Al Maktoum (MBR) when he was crown prince, and Abu Dhabi’s Crown Prince Mohammed Bin Zayed Al Nahyan (MBZ), who is the de facto UAE president.

Similar to what his UAE counterparts did, the Saudi crown prince is going about consolidating power to become the king of the land that is home of Islam’s two holiest sites.

What happens in Saudi Arabia matters a lot more to Turkey and other Muslim countries than anything in the UAE, Egypt or Iran.

If the developments in Saudi Arabia remain confined to domestic power struggles, the Islamic world would be able to digest a certain amount of unpleasantness and unwelcome changes. But if these are going to alter Saudi Arabia in a profound way, then Turkey and other Muslim countries should better start thinking about the ways in which they will respond to the coming changes. MBS is working on multiple fronts and his actions are unpredictable and appear to involve dubious outside players.

Several events in the last few days have fundamentally broken the Saudi modus vivendi that enabled various influential sections of the Saudi royal family and society to exist without direct confrontation. For more than half a century most Muslims had acceptable this arrangement as workable given the complicated Saudi situation. This will change depending on what happens next.

There are clear signs that the agenda of “reform”  in Saudi Arabia is being pushed by external forces. The subversive US system that seeks to dictate global political, economic, cultural and military developments is hyper active. The world’s Jewish lobbies and criminal neoconservative gangs are elated. Their aim is to hijack Saudi Arabia, the world’s second most important country after Russia in many aspects.

The drive to privatize Arabia’s most prized national assets, plans for stock listings, even the previous changes in weekly holiday and work culture, and the so-called reforms in education are emitting signs of the hidden hands.

We saw this in the UAE. And today you can clearly see whose interests this country serves. It is most loved by Zionist lobbies of every colour and international mafia-types.

The Muslim world has a stake in ensuring Saudi Arabia does not become another UAE. Never forget that the Saudi king also carries the title of the Custodian of the Two Holy Mosques. What happens in Riyadh is an internal Saudi matter, but what happens in Makkah and Madinah concerns us all.