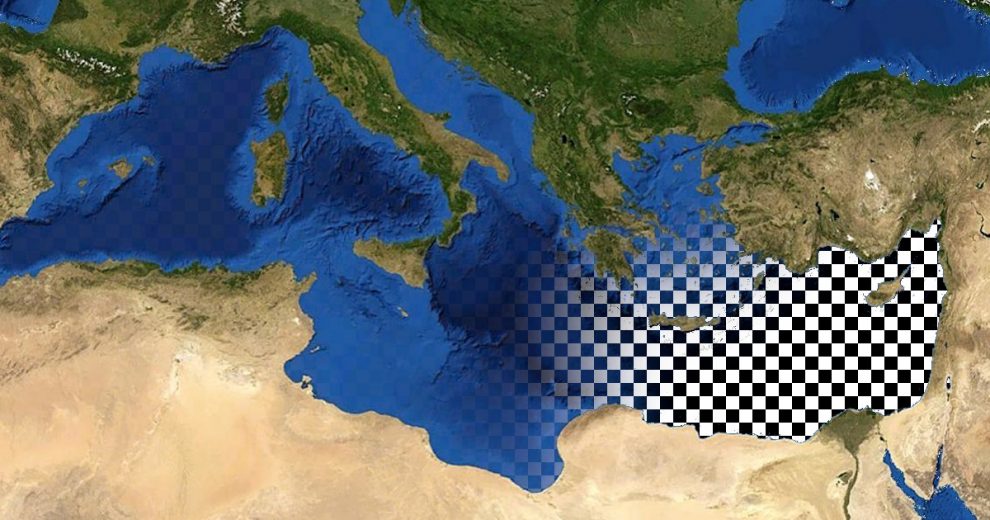 It was an excellent project on paper, considering Europe’s need for clean energy sources. Still, there was one thorny point: It would pass through Türkiye and Libya’s joint exclusive maritime area. The two countries might have consented to put a 2,000-kilometer (1,245-mile) onshore and offshore gas conduit project if they had been asked to join but another thorny point is that Greece did not have any intention to share the revenue the pipeline would make with Türkiye. It might have liked to have Libya as a partner if it were wholly under the occupation of putschist Gen. Khalifa Haftar’s forces, but it was not. Haftar was only holding a small portion of the country around Tobruk and the internationally recognized the Government of National Accord (GNA) had signed an agreement with Türkiye and Greece.

To make a long story short, as CIA-affiliated scholar Barkey wrote, the U.S. government asked the partners of the forum to consider alternative projects: generate electricity in the Greek sector of Cyprus and deliver it to Europe through the EuroAfrica Interconnector system through southern Cyprus and then onward to Greece and Europe via Crete. In addition, U.S. President Joe Biden’s administration suggested they could build a system that starts in Israel and connects to Europe through southern Cyprus. Barkey said, “Both projects integrate these countries’ electricity grids with Europe’s.”

However, since Barkey published this article in February 2022, several things have happened worldwide. For instance, on Feb. 24, 2022, Russia invaded Ukraine, and the U.S. twisted European arms to cut gas and oil imports from Russia. Europeans may have electric blankets, but they needed gas, too. The pie in the sky the Biden administration suggested a year ago to replace the Greek pipeline in the Mediterranean would not work. European homes, schools and factories needed gas, natural or liquified. The brilliant minds in Washington, D.C. noticed that if you have gas in Egypt, Israel and the Greek Cypriot administration, then the Turks already have pipelines built and operating from Türkiye to Europe. All you needed was a pipeline from the island of Cyprus to Türkiye’s mainland.

Anybody with access to maps of energy infrastructure in the region could easily see the reason for the “American change of heart”: its sheer complexity, cost and financing needs. Greece’s poor deputy minister of foreign affairs for “economic diplomacy,” Kostas Fragogiannis, ran around the countries in the region; he even went to Central Asian countries to get money to revive the EastMed project but to no avail. Nobody would invest a single dime on a 2,000-kilometer pipeline dangling on the Libya-Türkiye joint maritime exclusive economic zone (EEZ). Instead, one would extend the proposed Egypt-Israel-Cyprus pipeline through northern Cyprus a mere 120 kilometers to Ceyhan to connect to the existing Kirkuk-Ceyhan Pipeline. This 970-kilometer pipeline runs from Kirkuk in Iraq to Ceyhan in Turkey.

Oh! I said northern Cyprus! Didn’t I? Is it not under the occupation of Cypriot Turks? You may call it that if you don’t remember the 1974 Greek coup d’etat in Cyprus, initiated by the Greek military junta as an attempt to annex the island to Greece, and 10 years of inter-communal violence during which almost 2,000 Cypriot Turks had been killed and 18,000 had been displaced while running from the Greek atrocities. (In December 1963, in the events led to what is today known as the Bloody Christmas, when 396 Turkish women, children and men were massacred.)

If you remember the mass graves and images of kids butchered in bathtubs in their homes, no, it is not a “Turkish occupation” but a simple partition that led to the peaceful co-existence of two communities on the island. The polity Turks have created in the north is now a full-fledged state which has been admitted by the Organization of Turkic States (OTS) as an observer along with Hungary and Turkmenistan. The OTS is an international organization comprising major independent Turkic countries: Azerbaijan, Kazakhstan, Kyrgyzstan, Türkiye and Uzbekistan.

Who is Amos Hochstein?

The politicians in Washington, especially those in their position in the security and diplomacy apparatus since U.S. President George W. Bush, are clever enough to know that the pies in the skies are not good if you cannot eat them. Probably that is the main reason and what the weekly Greek newspaper To Vima reported last week: The Biden administration told the Greeks in Greece and Cyprus that it was going to start a new initiative to “mend the ties within the triangle of Türkiye, Greece and Cyprus.” In To Vima’s lengthy article, U.S. sources were quoted about the new initiative saying that it would be a simple “mediation” as Amos Hochstein, former U.S. assistant secretary of state for energy resources, had done when he succeeded in getting the historic agreement to establish a permanent maritime boundary between Lebanon and Israel signed last October.

Hochstein is a U.S. businessperson and lobbyist. He has worked in the U.S. Congress and served in former U.S. President Barack Obama’s administration under Secretaries of State Hillary Clinton and John Kerry. While at the State Department, Hochstein worked as a close advisor to then-Vice President Joe Biden; in 2021, U.S. Secretary of State Anthony Blinken appointed Hochstein as his senior advisor for energy security. Following Hochstein’s extensive mediation efforts, officials in Israel and Lebanon announced last October that they had accepted in principle the U.S.-mediated agreement on a maritime border between the two countries. Former Israeli Prime Minister Yair Lapid said, “This historic achievement will strengthen Israel’s security, bring billions into Israel’s economy and ensure stability on the northern border.”

We’ll see this man around this side of the Mediterranean more frequently. Especially after ending the dispute over a 330-square-mile area between gas fields potentially worth billions of dollars, Lebanon and Israel need to sell that gas and get those billions of dollars. When he was the opposition leader, former Israel Prime Minister Benjamin Netanyahu said that Israel was “surrendering” to Hezbollah with that agreement. Now that he is the prime minister, he has no problem exporting that gas to Europe. Mr. Netanyahu would not have difficulty signing a contract in Nicosia (Lefkoşa) with the Turkish Republic of Northern Cyprus (TRNC) to build that short pipeline to Ceyhan in southern Türkiye.

Now that signature should start a new chapter in the Eastern Mediterranean and the whole area. Mr. Kyriakos Mitsotakis: How do you say “a new chapter” in Greek?