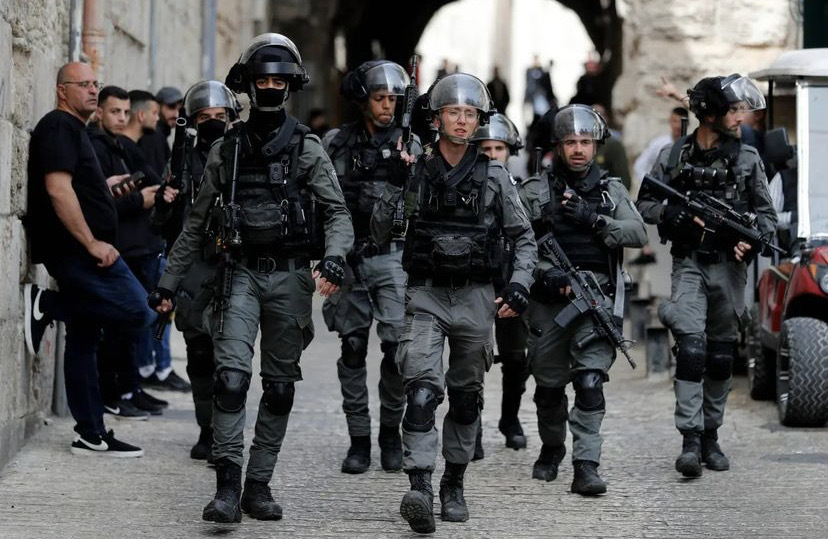 The total killings of Palestinians carried out so far this year by Israel represent almost five times the total of those conducted in the same period in 2021.

The Governor of Al Quds, Adnan Ghaith, said that the “illegal Israeli occupation has plans to impose a temporal and spatial division of the Al Aqsa mosque”, the Palestinian official told Qatar News Agency (QNA) on Tuesday.

Israel is currently carrying out mass detainments and killings of Palestinians in the West Bank and the Al Aqsa mosque. The assaults have been slammed by the international community as ‘provocative’ and a violation of international law.

Since Friday, Israeli settler mobs have been storming the Al Aqsa mosque under the protection of the Israeli occupation forces (IOF), preventing Palestinians from praying at the site during the holy month of Ramadan.

“At a time when Muslims all over the world celebrate the blessed month of Ramadan, the Jerusalemites spend their days either at the Israeli courts to follow up the cases of their relatives or in the cemeteries bidding farewell to his martyrs,” Ghaith told QNA.

Commenting on the apartheid state’s plans, Ghaith explained that the temporal division entails enabling Israeli settlers to enter the mosque from seven to 10 in the morning and during the afternoon with the full protection of “extremists who desecrate” Al Aqsa.

The spatial division involves permanently dividing the mosque’s physical space, noting that a Zionist organisation has already announced the search for an engineer to carry out those operations.

“There are intentions to permanently cut out parts of the blessed Al-Aqsa Mosque, so that the extremists become partners in the mosque and perform their biblical prayers in it,” said Ghaith.

On Friday, settler mobs stormed the Al-Aqsa mosque as the IOF fired tear gas and rubber-coated steel bullets at Palestinians. Palestine’s news agency (WAFA) said that the IOF injured more than 150 Palestinians and detained more than 400 others, including children.

Whilst those attacks occurred over the past week, Ghaith said that it the division itself is part of a systematic plan laid out by the apartheid state. He explained that such acts were seen in 1994 when occupation forces decided to divide the Ibrahimi mosque.

“The occupation has never stopped implementing its plans against the Al-Aqsa Mosque, as evidenced by the terrifying network of tunnels that are now eroding the foundations of the mosque, as well as the blatant interference in its affairs and assault on its employees and guards,” he said.

Ghaith told QNA that he has been arrested more than 30 times by the Zionist state since assuming his position in 2018. The Jerusalem official stressed that Palestinians will halt the occupying state’s attempts to divide the site with their resistance.

“Jerusalem is completely besieged, and the occupation seeks to separate it from its Palestinian surroundings through the apartheid wall, as its authorities prevent the people of the West Bank and Gaza Strip from entering Jerusalem,” said Ghaith.

Ghaith called for more efforts to stop the Israeli attacks and hold them to account as “statements of denunciation are no longer sufficient and do not suffice” as the occupation never adhered to any laws or resolutions.

There has been global criticism over double standards applied by the international community towards the Palestinian cause amidst the Russian illegal invasion of Ukraine. The matter was amplified by Ghaith during is interview with the Qatari news outlet.

“At a time when the world is standing against Russia because of the war on Ukraine and imposing heavy sanctions on it and implementing them immediately, the Palestinian people have not seen any of these decisions at a time when they face daily continuous aggression from the Israeli occupation,” he said.

The Euro-Mediterranean Human Rights Monitor said on Saturday that the total killings carried out so far this year by Israel represent almost five times the total of those conducted in the same period in 2021.

On Monday, the Palestinian Prisoners and Ex-Prisoners Affairs Commission said that the number of Palestinians held in administrative detention in Israel without charge or trial has increased to 650.