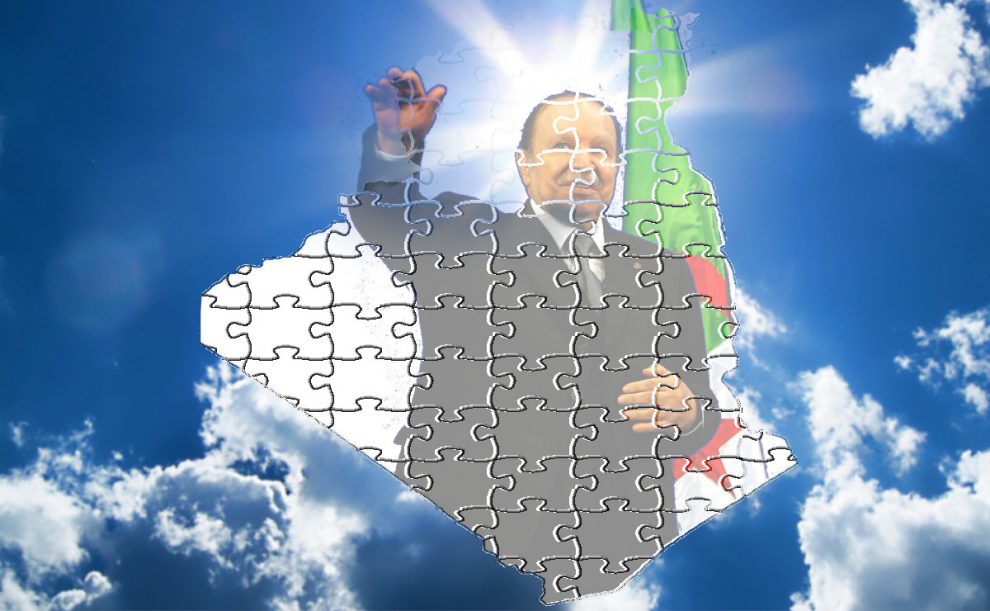 Former President Bouteflika and his siblings are finished finally, a political drama ending with the political death of its main character, a Machiavellian figure and virtually a fan of drama à la Shakespeare to the point where one would called the Bard by an Arabic name, Sheïkh a-Zoubir, in keeping with the humorous slogans and festive mood of the Algerian “Mosaic Revolt”. Not too bad, only Algerians could have done it! Former President Bouteflika was a formidable character in Algerian and Arab politics, undoubtedly a world-class politician.

In 1999 the majority of Algerians chose the man they have continued to view as a father-figure, but not as a leader of Algeria in the twenty-first century. Hence they had been voting for the status quo because they feared the unknown. This fear was instrumentalized by his oligarchs, his political velvet “alliance”, the media and the honey-tongued elite. In the past Algerians were mortified by the “red decade” of terror, counter-terror, and fanaticism; the ghost of those years weighed on their shoulders just until a month and half ago.

No wise analyst of Algeria’s politics and geopolitics would have predicted former President Bouteflika’s political death, including Algeria’s strong and pivotal man Chief of Staff and Vice-Defense Minister General Gaïd Salah. He didn’t want to abandon his President, Defense Minister and Armed Forces Chief, but the crisis circumstances and developments pushed the General to act in a preemptive action against the “GANG” as General Gaïd Salah called them in Tuesday’s, April, 2nd Military Communiqué, and opted finally for the constitutional solution, and send the President to rest in his medical dacha in Zeralda-sur-Mazafran or elsewhere in the beautiful west coast Algiers Bay villas, and thus end the protest movement.

Though these days all the Arab tyrants are shaking and suffering nightmares, Bouteflika’s ghost is roaming through their Palaces, having once believed the Arab uprisings were buried and the people’s hope had evaporated. But Algerians have sowed again the seeds of revolt across the entire Arab soil, and in the morning these tyrants are calling their masters to find a crisis strategy from the chaos that has been created ever since.

The Algerian tempest swept over former President Bouteflika’s shores that were once solidly protected from the 2010 Tunisiami; many analysts then agreed that Algeria would not be swept by the winds nor the debris of the political hurricane that ripped apart the Ben Ali, Mubarak, and al-Qadhafi thrones. But ultimately this tempest will take with it all

the oligarchs and the minions that were godfathered by his brother Saïd, Algeria’s de-facto fourth-term president who according to Algerian news reports kept in his office the President’s Presidency Seal.

Forty days ago Algerians rose up en masse against the ailing President and his clan, so many of them sick and tired of their arrogance, corruption, injustice and incompetence. He had come back to power twenty years ago, as President of the Republic. He is well known as one of the designers of the Algerian regime, introducing political narcissism because of his penchant for culture, French and Arab literature, not to mention his glamourous taste and charm, one of the few eloquent Arab leaders.

He left the throne at the age of 82, after spending 38 years ruling Algeria’s political establishment, system and Algerians; after leaving Algeria for a decade, he came back as a savior and was seen as Algeria’s “come-back kid” in politics, when he was ousted softly by the Army on April, 2nd, he knew since his first night in the al-Mouradia Palace he started a chess game with the Generals, the game went on until a loyal General sieged the ex-President’s isolated pawn, end-game (a-Sheïkh mat).

The hour of truth has come, and so far Algerians have shown unity and fraternity. They have had a common target, former President Bouteflika, his siblings and their clique. But tomorrow Algerians will open a new chapter because realist analysts all know the real winners of this constitutional deal: the Army, and in the aftermath of the political transition process, the legalist Islamists. Thus, one could imagine the picture of Algeria post-Bouteflika, and the Street should be attentive in its exigent demands and comportment with the Military, usually they don’t like disorder or to be ordered.

The country, however is based on a solid concept of nation-State and functional governance administration, and institutions — notably the backbone of the entire Republic is the military, Algerian politicians, the excited so-called private media, the elite francophone and arabophone alike, political party leaders, civil society and Union activists must begin think how to re-build political structures locally and horizontally with no precedent to draw upon for a new form and model, not only of political and partisan activism but also initiate a culture of Human Rights and political accountability, help to emerge new leaders and raising awareness of civility and polity in order to better concretize their new deal with the Military. And forget for the moment about the “President” because at the end of the day, the next President will make his first step on the Military Castle balcony and not on la Grande-Poste building steps.

In sum, former President Bouteflika did not wish for what he got. His appearance on TV holding his resignation letter before the Constitutional Counsel and the Senate Presidents wearing Algerian traditional prayer dress (A’abaya) showed him looking worried like a patriarch who is signing a contested succession will to his heirs. In a solemn letter, he asked his fellow citizens for forgiveness and pardon for any intentional harm he caused.

Algerians on the other hand are  emotional and kind people and will certainly forgive their former President whom they still wish renewed health and a tranquil retirement, hoping this “political feat” orchestrated by the Military, and carried by the masses against former President’s brother thugs and henchmen will not end up with another Shakespeare’s freedom play: in hatred and tragedy.