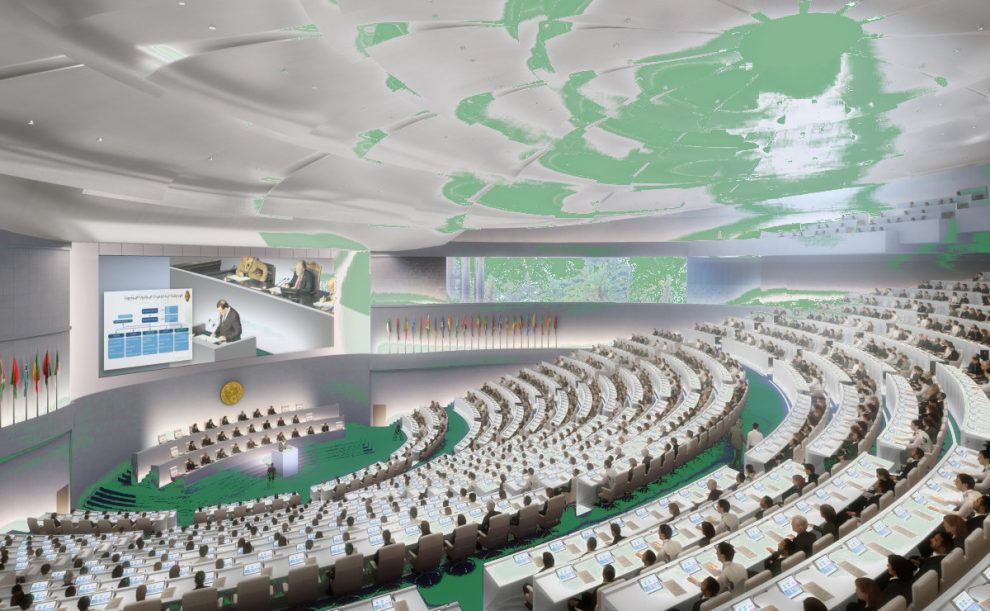 Algerian Hirak has entered its 11th Friday as the protesters’ demands begin to narrow down, but are still unrealistic. This is how General Ahmed Gaïd Salah, the Military Chief of Staff/Defense Vice-Minister, the country’s strong man and constitutional transition manager, described the Hirak’s demands in his last statement.

Algerian presidential elections scheduled on July 4th are fast approaching, the streets are decorated with the mosaic’s slogans that reflect the ongoing protests movement.  Weekly marches furrow la Grande-Poste’s emblematic steps with blaring loud speakers, making their voice clamorous for the conventional opposition and the regime.

The protests movement in Algerian cities has already begun to look like a “sports” contest on a national scale, like an extension of soccer play-offs tournament by other means. Yet the gray situation is escalating political tension in the country and increasing predictions about unexpected scenarios on July 4th presidential elections.

The most prominent questions and speculations concern the ability of the regime led by the Military crisis management since the resignation of former President Abdelaziz Bouteflika on April 2nd, to convince the opposition and pursue the constitutional process to elect a new President who will appoint a new government. Two months seem to be a long stretch for the Military and regime’s opponents.

There is a feeling of fatigue regarding the former, whereas the latter seem to be well trained for this marathon. More importantly, behind the scenes the Military are holding all the cards and the wild card in their hands, is not with the street, but the real Algerian opposition, the residues of the ex-DRS’ DSS (Algerian Intelligence Service) Godfather elements and members. 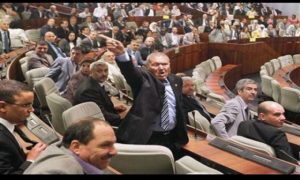 tially a recital based on Si Saïd Bouteflika and the retired General’s conversation, who rejected from the beginning of the crisis Si Saïd’s proposal, finding it dangerous for being willing to establish the state of emergency and martial law.

The General continued, “I was surprised for such an amount of unconsciousness.” I told him, “SiSaïd, the demonstrations are peaceful, you cannot act in this manner. At this moment, I realized that he behaved like the de facto President, and the President was completely isolated,” General Nezzar added.

What made the retired General speak up publicly? Does he want to show his loyalty to the Military in their entrenched fight against the “Gang” (al-E’esaba) that he and his peers, including retired General Toufik (Rab a-D’zeir), together brought the gang’s master mind in 1999 to rule Algeria? Or perhaps he felt the heat of the ongoing Military purge operation of the country’s richest business and political leaders, including the former Premier and former Police Chief.

On the other hand, the newly-emerged romantic opposition argue the country needs a radical change and all the regime’s barons and minions should leave — even though it is facing a structural and organizational challenge how to implement this change in the country’s political system of governance and how it will approach the current Parliamentarian/semi-Presidential system. 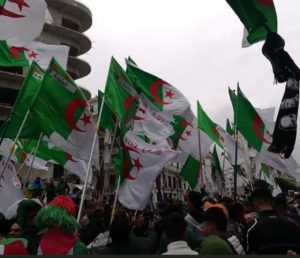 Add to that the question of the new role of the fragmented opposition, whose leaders supposedly will be bridging between the Hirak and the Military, a middle man of the post-Bouteflika political system espoused by the Military. This is especially important, because for the conventional opposition July 4th elections are pivotal to their full re-integration and yet the ongoing process to the contrary has got them stuck in their own mess.

According to Professor Tewfik Hamel, a Political Science Professor at Strasbourg University, “the problem of the Algerian opposition is its inability to mobilize its base, and the absence of a credible project able to translate the legitimate demands of the people, a project in measurement to tear off the State of the band without damaging it.” He continued, “the opposition is split up, without a political project, and especially it does not have a national social echo; probably, it is conscious of its weakness, nevertheless the popular anger hinders the development of a clear governance discourse.”

“The Algerian regime has been preventing any emergence of any independent elite or leader to the system,” Added Professor Hamel.

The Military are making these elections their spearhead in their battle against all their ideological and political opponents in calling for a “New Algeria!” But arguably it is no longer possible to continue under the current political and social context of care-taker governance. Hence the Military insist on the Constitution order, though this order is orchestrated by constitutional exception circumstances.

Recent developments from the field indicate groups from the Hirak locally and abroad have solicited Dr. Taleb al-Ibrahimi, once Education and Foreign Affairs Minister for former presidents Boumediènne and Chadli. Dr. al-Ibrahimi, at 86 years of age, would be designated to oversee the transition period and smoothly hand off the power to a new President-elect. What’s wrong with Algerians and their paranoia is the Baba Sidi’s (Grand-pa) mentality. Dr. al-Ibrahimi is relatively a consensus figure among the swiss cheese opposition and the national-Islamist elite, but he is no longer capable to follow nor follow up the demands’ trajectory and the desire of the 21st century generation.

Names have been emerging from the Hirak, however they are facing credibility and ideology militancy challenge, like Attorney Zoubida Assoul and Attorney Mustapha Bouchachi who is in his seventies, not to mention ex-President Bouteflika’s Premiers Ali Benflis and Ahmed Ben Bitour.

Thus as Professor Hamel put it, the regime under former President Bouteflika excelled in dividing and discrediting the entire opposition with its all ideologies from left to right, so that its leaders, for the so-called democrats they have Mr. Karim Tabou, but his radical speech makes him unfit, though his party’s (FFS) credibility is transgressing the ethnic characterization that has been facing for decades.

Politics, like any “sports” contest, generates predictions and scenarios.

Algeria’s doesn’t have a healthy democracy yet, although skeptical Algerian analysts believe the country is in a cul-de-sac, clearly not turning a cold shoulder to a partial democracy where elections take place, and citizens are cut off from knowledge about the activities of those who exercise real power. The lack of factual information from the media public and private alike and the egocentric orientation of the elite have complicated the means to better understand the dialectic relation of the Algerian State’s political Estonian systemic approach: the mosaic Hirak, the conventional opposition, and the Military.

So the Mukhabarat’s remains, “Militant” and opportunist journalists and the Alarmists have the right to bang their pots and sharpen their pens and tongues. The military are listening if they don’t want the Grande-Postists to knock down the house, but for the viable political opposition, it’s the system, stupid.