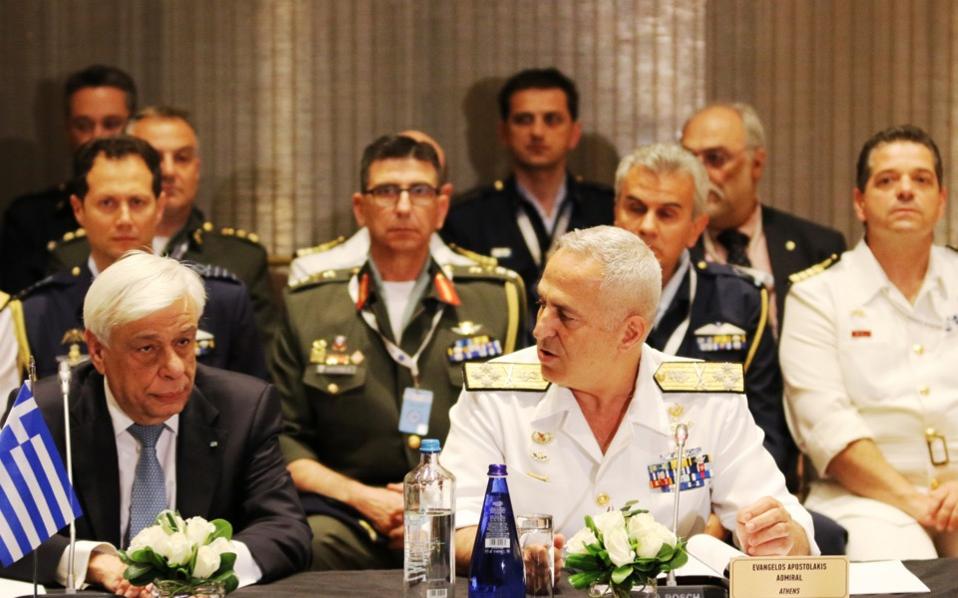 Greek media quoted German Chancellor Angela Merkel yesterday saying that all EU countries have an obligation to support Greece. However, that was merely what Merkel said during her annual sumner press conference. Merkel called for European support for Greece in matters where Athens is right. And people from variety of circles have been calling on Greece to drop its absurd maritime claims in the eastern Mediterranean and Aegean seas and return to dialogue.

Greek government have been trying to secure German support for its maritime claims but veteran politician Merkel has carefully refrained from throwing unconditional support to “spoil child” of the European Union. In her most recent speech on the matter, Merkel on Friday in the German capital said that the EU has an obligation to support Greece but in matters where Athens is right. The second part of the statement was left out by the Greek media. Merkel had mediated between Ankara and Athens but Greece signed an illegal maritime deal behind Merkel’s back while Ankara stopped its EastMed operation on Merkel’s request to give diplomacy a chance. Greek government’s attempts to force the EU to impose sanctions on Turkey also failed as Berlin did not back the idea. European Union foreign policy chief Josep Borell was reported mulling sanctions on Ankara but sources say it wont reflect a real policy change since Germany has the final say in the European club.

Greece claims several times more exclusive economic zone in Mediterranean and Aegean sea where there are tiny distant islands only a couple of kilometers away from Turkish mainland. International maritime laws prohibits small islands from generating EEZ’s but Greece claim most of Aegean waters all the way to the Turkish coast. Even the most ardent anti-government figures Have felt compelled recently yo come out and criticize Greece. Geopolitical analyst and the founding member of Deva Party, Metin Gurcan, teased Greek EEZ claims on his Twitter account saying that a good swimmer Turk like himself could easily find himself outside of Turkish EEZ to reiterate that Turkey would barely gave a coastline if Greek claims are implemented. Washington Post Turkey reporter and a staunch anti-government figure Asli Aydintasbas also criticized Greece for unlawfully demanding large areas in Mediterranean. Aydintasbas said Turkey is right about Meis and other islands not generating EEZ and all sides should gather to solve the issue through dialogue.

Being disappointed by the lack of the support from the European Union, Greece has desperately turned to a arch-foe of Turkey, United Arab Emirates. However, Athen’s attempt to involve UAE in a matter that threatens peace and prosperity of the Union might backfire in Berlin. Merkel may be trying hard to give the impression that European solidarity still exists but she wont allow Greece to create political crisis at a time when the Union has been facing tough issues.

EastMedIsTurkey: ‘France is seeing defeat in her face’
Greece is not an Archipelagic State