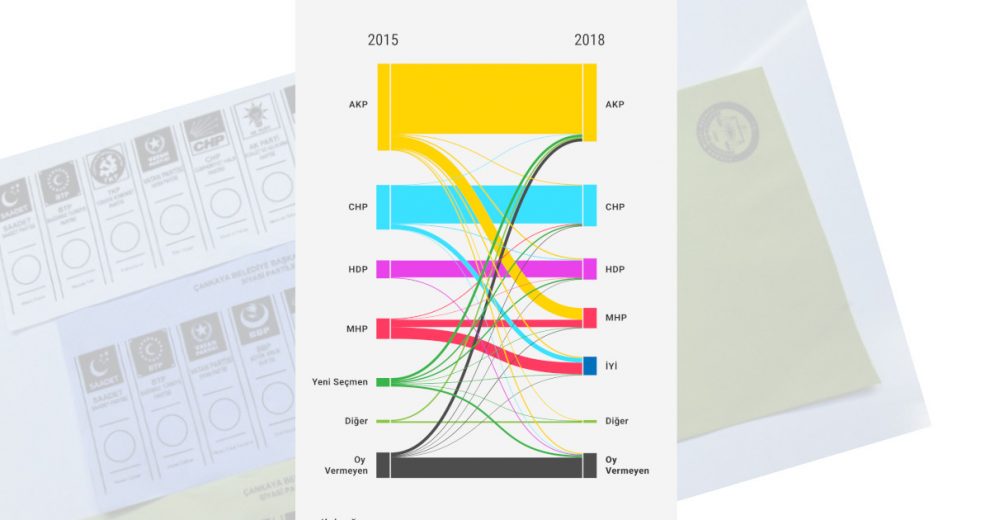 Turkish people are keenly interested in politics, as politics has always been highly influential in Turkey. In Western countries, electoral politics does not have as big of an influence on social, cultural and economic life. In contrast, a change in the government in Turkey fundamentally transforms the dynamics of the country as if a change of regime occurs. Although each period in the history of Turkish politics has had its own idiosyncratic characteristics, intense public interest in politics has always been a constant reality in Turkey.

It is possible to evaluate the interest of Turkish electors in politics by observing voter turnout rates. In the last two elections, the voter turnout rate was about 85%, which will most probably remain at the same level in the upcoming elections.

The results of recent electoral surveys seem to disappoint the oppositional political parties, which were expecting that the electoral support for the ruling Justice and Development Party (AK Party) would diminish to a great extent. As opposed to their highly optimistic expectations, the electoral surveys conducted by prestigious research institutes demonstrate the fact that the AK Party preserves the voting rate that it obtained during the presidential elections.

Published by national newspapers throughout last week, the electoral surveys, which were conducted by KONDA and GENAR, revealed similar results. It is an interesting fact that the AK Party seems to preserve its voting rate despite the creation of new political parties. In this article, I would like to share the results of the electoral survey conducted by GENAR:

To answer the question “for which political party would you vote for if there were elections this Sunday?,” the results are as follows: AK Party 40.5%, the main opposition Republican People’s Party (CHP) 26%, the Nationalist Movement Party (MHP) 11.5%, the Peoples’ Democratic Party (HDP) 11.2%, the Good Party (İP) 7.8%, and other political parties at 3.5%.

Despite the close results of the electoral surveys conducted by KONDA and GENAR, the case of floating voters remains a contentious issue.

Since the creation of the AK Party, the voting rates of the ruling AK Party and the main opposition CHP more or less preserved their original voting rates, that is, 40% and 26% respectively. As the voting rate of the HDP remains more or less the same as well, the voters who float between the two nationalist political parties cannot be as influential.

Although political parties in Turkey are highly experienced in terms of electoral processes, they could still miss out on significant scientific details about elections. In one of the studies that GENAR conducted 10 years ago under the heading “political conceptions,” we found out that political campaigns could only effect change in the voters who corresponded to 12.5% of the general constituency.

In other words, the rate of floating voters has never been around 30%, while it is natural that 15% of the voters fluctuate between political parties according to the dynamics of the electoral process.

If research institutes could rightfully interpret the rate of floating voters, they would arrive at more realistic predictions about the voting rates of political parties. Today, the ruling AK Party preserves the voting rate that it obtained during the presidential elections, which from time to time reaches the level of 52%. Thus, it is imperative for the oppositional political parties to reconsider their predictions and perhaps lower their expectations from a prospective election.