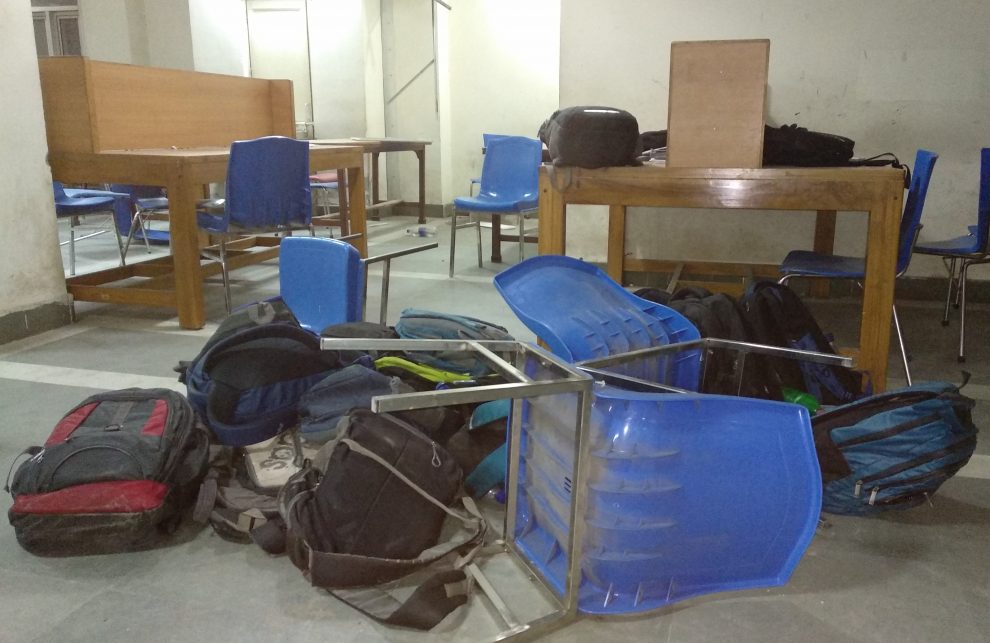 Students and teachers at New Delhi’s famous Jamia Millia Islamia university are left wondering what was behind Delhi Police’s violent attack on their library.
The university has witnessed a series of protests against India’s controversial citizenship law, which people see as targeting the country’s Muslims, who make up about 15 per cent of the country’s 1.3 billion population.
On December 13, protesting students were attacked by Delhi Police, which fired teargas shells and used batons.
About 100 students were injured, many requiring hospital treatment, and dozens detained and taken to a police station.
Then came another more vicious assault on December 15 in which dozens of students were injured.
On both occasions, Delhi Police did not have authorization from the university administration to enter campus.
The second assault is extraordinary as groups of policemen entered the library and mercilessly beat up students in reading rooms.
These students were not part of any protests, and people on the campus are unable to make sense of Delhi Police’s behavior.
I went to the main library building and the old library nearby to see the aftermath.
Student backpacks, shoes, eyeglasses and books were scattered in reading rooms.
People told me the students were confined to the reading rooms and repeatedly hit with sticks to cause serious injuries; one student lost an eye.
There was blood on the stairs and chairs. Many chairs and tables were turned upside down.
A tower air-conditioner was damaged by baton hits, shattered glass was everywhere, windows and flower pots were smashed.
“It was like a hostile force had invaded. They wanted to destroy the infrastructure. They deliberately targeted the library full of students,” said Mirza Shahzeb Baig, a student.
Laraib Rao, another student, said Delhi Police wanted to show they could do anything and no one would be able to stop them.
The attack has led to solidarity protests across India, most notably at Delhi’s Jawaharal Nehru University (JNU) and Aligarh Muslim University (AMU) in Uttar Pradesh.