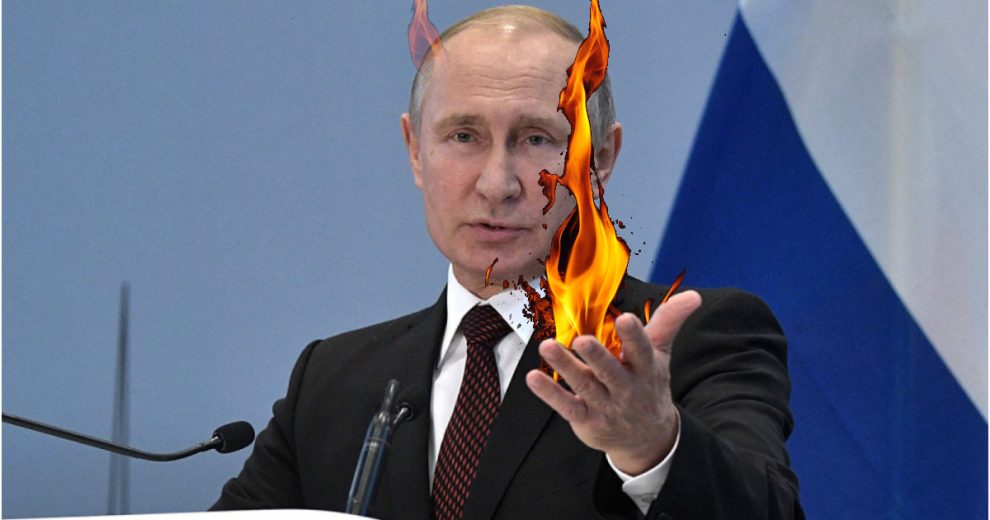 I was intending to put in my two cents’ worth on U.S.-Russian competition and its ill effects on TurkStream, a Russo-Turkish joint project that directly connects the large gas reserves in Russia to Turkish ports. It is not only going to benefit Turkish consumers but will also provide reliable energy supplies for south and southeast Europe. The TurkStream, as well as the Nord Stream 2 that connects the Russian natural gas pipelines to Germany, are going to be sanctioned by the U.S. government. I was going to show the “Rogue State” syndrome in such extraterritorial sanctions the U.S. tries to impose at will.

But the rogue states can wait. We have a rogue ambassador at hand. Ambassador Aleksei Erkhov is a prolific responder to the Daily Sabah. That is not bad. For many years ambassadors representing the USSR were unbearably reticent on political issues, the whole world used to think that only the Politburo members have a tongue in their mouths.

I tweeted Ambassador’s Erkhov’s response to my piece on the internal strife in Libya and a follower simplified his response as follows: Mr. Ambassador says Russia will wait to see who is going to win in Libya and it will support them; the rest is diplomatic gobbledygook.

I wouldn’t say that for an ambassador who has such a winning smile; but before he does question my reasoning, he has to review his take on Libya.

Mr. Erkhov accepts that Russia simply watched the U.S. and EU topple the legitimate government and lawful ruler of Libya topped and atrociously killed. He uses three arguments in defending Russia’s inaction on Libya, past and present; let me paraphrase them:

1. Some countries believed that they were the grandmasters of the world’s destinies. Russia didn’t.

2. The situation is getting worse; we cannot get involved anymore.

3. We don’t know which side to support.

For the ambassador (I hope not for the Russian government) despite the fact that it is called the Government of National Accord (GNA), the Tripoli government is neither nationally nor internationally recognized and Mr. Haftar controls a significant part of the country:

“Claiming that the majority of the country supports the GNA would also be wishful thinking, they say. It is not that I share such opinions but analyzing the situation as a whole I definitely have to take them into account. Who is better – Mr. Haftar or Mr. Sarraj – it’s up to the Libyans to decide.”

Imagine it is the day after the Gülenist Terror Group’s (FETÖ) coup bid, and the country had been divided into two, as some say that was the plan all along. The Russian ambassador cables to Moscow saying that “I share not, but the FETÖ-ists have a sizeable part of the country in their control; we have to take it into consideration. Besides, the U.S., the EU, Egypt, Israel, Greece and the Greek Cypriots all are supporting the FETÖ coup. Could the majority of these nations be wrong? Oh, между прочим, we saw some black banners with Arabic scribbles in the Erdoğan-held areas.”

If you diminish the GNA to the status of Haftar’s rebellion, you are declaring the maritime cooperation agreement it signed with Turkey as “null and void.” That agreement is bringing closer the possible dispatch of Turkish advisory troops to help defend Tripoli from an attack by forces supported by the United Arab Emirates and the Saudis. In that case, the vital question should be whether the force Turkey might send to Libya engages with Russian contingency, the Wagner Group, has in the country. Those countries that support Gen. Haftar say the Wagner Group is a Russian paramilitary organization waging secret wars on the Kremlin’s behalf from Ukraine to Syria to the Central African Republic.