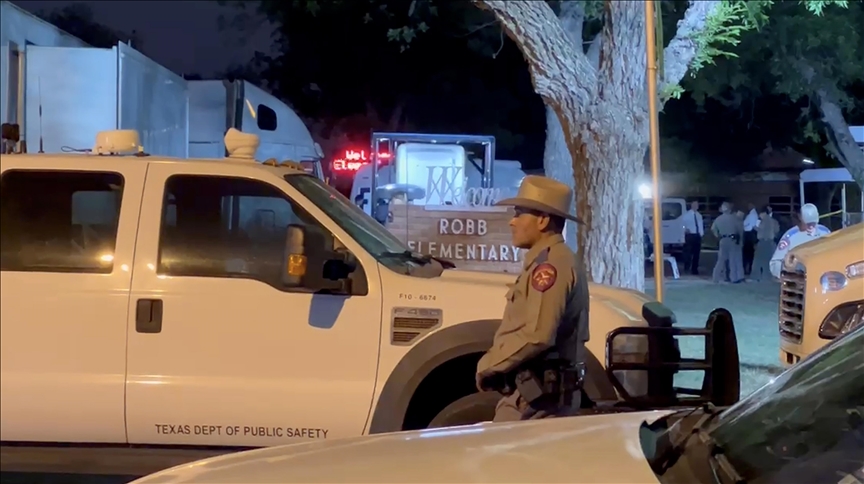 At least 18 students and three adults were killed at an elementary school in the US state of Texas after an 18-year-old gunman opened fire, Texas State Senator Roland Gutierrez said Tuesday.

“I can’t imagine what it would mean to send your child off to school in the morning and not have them return. It’s devastating,” Gutierrez told CNN. “It is believed that he abandoned his vehicle and entered into the Robb Elementary School in Uvalde with a handgun and he may have also had a rifle,” continued Abbott.

The shooter was identified as Salvador Romas from Uvalde and was believed to have been shot and killed by police who exchanged gunfire. Before the carnage at the school, the shooter wounded his grandmother.

“Mr. Romas the shooter…he himself is deceased,” said Abbott. The Uvalde Consolidated Independent School District issued a statement on Twitter immediately after the shooting took place at about noon local time.

“There is an active shooter at Robb Elementary. Law enforcement is on site. Your cooperation is needed at this time by not visiting the campus,” said the statement.

“Our hearts keep getting broken. Every time a tragedy like this happens, our hearts break and our broken hearts are nothing compared to the broken hearts of those families,” said Vice President Kamala Harris in an address in Washington, D.C.

Following the shooting, President Joe Biden ordered that the US flag be flown at half-staff at the White House and on all public buildings and at all military posts and naval stations.

Have you tasted baklava?
Redefining terrorism by including third parties