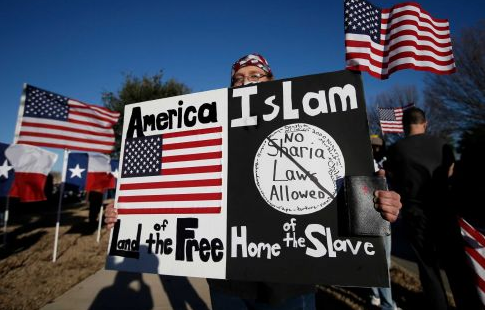 All our childhood, we kept hearing stories about the communism that was going to come next winter. For some strange reason, the communist invasion of Soviet Russia was supposed to happen in wintertime. The harbingers of this event, who were usually the founders or members of those institutions that were funded by the “free speech” or some-other-free-thing NGOs from the United States, never told us why. Perhaps Russia had a very cold climate and the communist invaders felt more comfortable in winter. Most of them are dead by now – may they rest in peace – so there is no need to name names; and we are not going to find out from them why that communist invasion never occurred.

It is now a mystery, like Stalin’s invasion of the Turkish Straights that Turkey learned through the U.S. State Department from British sources. Afterward the country jumped on to the Cold War bandwagon, like a dancer. The piper was as usual the Western Alliance.

Now something similar has been happening in the United States since that Cold War bandwagon was disbanded! It all started with small news items that said some Muslim Americans were refusing to accept interest on their bank deposits and pay interest on their home loans. If you elect to live a steadfast life in Islam, you are not supposed to get or pay interest payments for money. Just like in Judaism. Hence, many banks in Islamic countries and Israel found creative ways to solve this problem; it is called investment banking. Like an ordinary bank, you make deposits, but unlike them you do not get interest but instead a share from their profit. It is a little risky, of course; the bank may not make profit from their business investments. But that is the price a Muslim or Jew who takes this path must be willing to pay.

In some states, people started to talk about this creative banking method as a backdoor that would convert the entire American way of life into that of Islamic law. Soon they were loud enough to sound the alarms that Sharia was coming, Sharia was coming! If Muslims reject interest payments on their bank deposits, next they would reject something else. Therefore their probable rejections should be preemptively banned before they happen.

You might think there was a little problem with that: the good old United States of America is not only a democracy but also a democracy-exporting country and it cannot ban this or that at will. But you would be wrong.

Meet Mr. David Yerushalmi. According to the Haas Institute for a Fair and Inclusive Society at UC Berkeley, which last week published a report on the anti-Sharia movement in the United States, this gentleman singlehandedly legalized “the othering of Muslim communities across the nation through anti-Muslim legislation and bills between the years 2000 and 2016.”

In an article titled “The United States of Islamophobia,” the Daily Beast columnist Dean Obeidallah writes that working closely with Frank Gaffney (the Grand Duke of neoconservativism and chairman of anti-Muslim think tank Center for Security Policy in Washington, D.C.), Mr. Yerushalmi has been welcomed with open arms by Republican-elected officials in their common quest to demonize and marginalize American Muslims.

According to the Haas Institute, it is this broader context of rising anti-Muslim sentiment, discrimination, securitization and acts of violence against Muslims and those perceived to be Muslim that the anti-Sharia movement became the more organized and contemporary Islamophobia movement in the U.S. The report says, “The anti-Sharia legislation movement continues to expand, by unfounded fear of ‘creeping Sharia,’ proliferated by fabrications, lies, and intentionally misconstrued information surrounding Muslims in the United States.”

If you are interested in the impact of the anti-Sharia bills and how they affect American society, you can download the full report from the Haas Institute’s website.