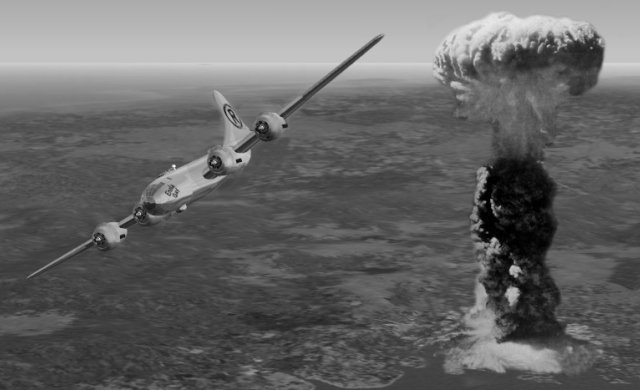 If you are expecting a war between North Korea and the US, you are mistaken. The United States will not be the first party to attack because of losses that could not be predicted in a likely war. USA will attack if only North Korea attacks first.

Kim Jong Un and his country can’t be sided with . We must acknowledge, however, that they have guaranteed their future security with their nuclear weapons. Even a superpower attacking North Korea can not win the war without loss and although the victorious side will lose less proportionally, the number of deaths will not be less than hundreds of thousands. I am sure so many losses are deterrent enough even for USA for not waging a nuclear war.

How did North Korea come to this point? The United States dropped 650,000 tonnes of bombs into to this country during the Korean War. According to an American general’s claim, the US killed 20% of Korean population in that war. After the division of Korea into two countries, North Korea, moving to communist bloc, struggled to produce atomic bombs with the help of the Soviets and eventually made its first test in 2003.

Many countries, such as Britain, Belgium and Canada, who are accusing North Korea today, supplied the materials needed to produce atomic bombs. According to an unconfirmed claim, one of the atomic bombs that South Africa gave to the United Kingdom for destroying was sold to North Korea in black market. According to another claim associated to this claim, the UK’s former prime minister, David Cameron, was involved in this sale during his previous post. In short, North Korea has become a nuclear power owing to the West’s help.

That is why it is wrong to be in favor of the West even by heart. The same West turned a blind eye on Israel  when it produced atomic bombs. While naming the atomic bomb of India as “Smile of Buddha” (bring your mind here Buddhist massacres in Arakan), they called Pakistan’s bomb as “Islamic bomb”. Be sure that if North Korea says, for example, “Acknowledge me with my bombs. Let’s be in peace.” , the West will welcome this offer.

Meanwhile, the US is planning to spend $ 1 trillion to renovate its nuclear weapons while demonizing North Korea on the one hand. If nuclear weapons are dangerous to humanity-and they are- why are not they destroying their own weapons? If they have enemies, don’t other countries have, too? If the US fights a country, the other country has no chance of winning the war. Yet, if the other side have atomic bombs – as in the case of North Korea – the United States will hesitate to fight. Let’s assume the countries with atomic bombs did not destroy their bombs;  Can they guarantee not to use them against another country? Leave the guarantee aside, they don’t even want to argue that.

Even an environment where all countries have nuclear weapons is more peaceful than  current inequal owning of such weapons. Either none should have them, so that no country should feel vulnerable to the other, or all should have them so that nobody will dare to fight others. Indeed, during the Cold War, the US and the Soviet Union did not ignite the Third World War because they were fearing from each other. However, this option, which is worse of the worst, is still not a solution that can prevent mass killings.

Unfortunately, there is no solution to nuclear disarmament. It is not a solution for a country to live with the threats of countries with atomic bombs. Countries with nuclear weapons such as the US, France, Russia, and Israel had threatened other countries with using atom bombs in the past. I remember  Russians threatened to use conventional atomic bombs against Turkey during downed jet crisis with Russia two years ago,.

No country can concede such threats in the presence of such mortal weapons. While those having capability will try to produce them and get rid of the danger, those incapable will continue to incur threats.

Anti-Sharia movement in the US
Who are they?
Comment