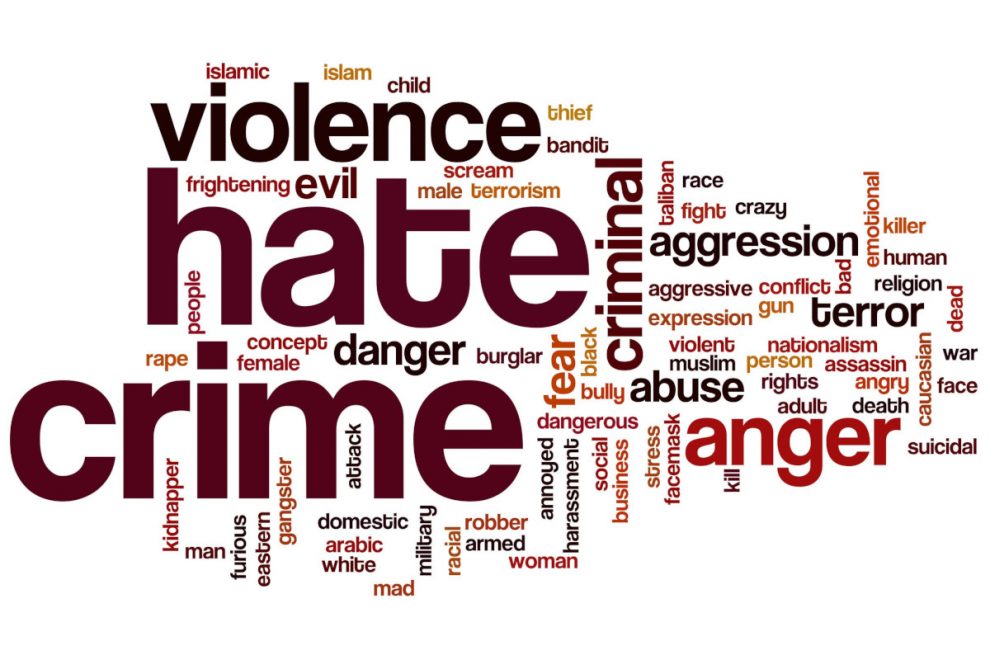 On December 31, 2017 a group of extremist Catholics attacked and vandalized a hydro-power plant in the area of Qafe Molle, in the district of Mirdita in northern Albania. They first gathered at the dam – built by the Turkish company AYEN ENERJI – and staged a violent demonstration, damaging the Turkish flag which the company had placed alongside the Albanian one and the Logo of the company.
The protest, organized through social media platforms called on Mirditori Catholics – traditionally radical and staunchly anti-Muslim – to gather at noon in order to uproot the Turkish flag which was cemented at the dam. The Catholic protesters described the presence of the Turkish flag in Mirdita as a humiliation for them since they “had never accepted the rule or the flag of foreign invaders.” The Mirditoris were led by Paulin Zefi, the Director of the Cultural-Historic Office of the city of Lezha. They managed to cause havoc even though the local police tried to prevent this act of vandalism and violence.

The attack against the Turkish flag was accompanied by a frenzy of insults against Muslims, Islam, Turks and Arabs. Mirditori and Kosovar Catholics launched these offence and vile attacks on different Facebook forums. In line with the Greater Albania nationalist narrative which was fostered in Albania and Kosovo by Fascist Italy during the Second World War, the Catholic extremists cursed Islam and Turks as “invaders” and described Albanian Muslims as “traitors” since the real Albanian identity is Catholic. Never mind that Catholics are a small minority among Albanians. And never mind that Turkey has been one of the biggest backers of Albania both economically and politically, helping it with investments and has lobbied extensively for Kosovo’s independence. Some Catholic extremists were even calling for the separation of Mirdita from Albania, which according to them is a servile state to Turkey since Prime Minister Edi Rama is friend of President Erdogan.

The attack against the Turkish flag in Mirdita is not the first time that Ottoman, Muslim or Turkish symbols are attacked by Catholic extremists in Kosova and Albania.

In October 2015, when Albania’s Ministry of Culture placed the plaque of Sultan Suleiman the Magnificent at the gate of the castle of Lezha, to remind people that the sultan built the castle, these same Catholic groups attacked and vandalized the Ottoman plaque by drawing graffiti slogans against Islam and the Ottomans. Eduart Ndocaj, the president of the Demochristian Front of Albania described the placement of the plaque of Sultan Suleiman as an act of “radical Islamic Ottomanisation of the culture, history and traditions of ethnic Albanians”. The government of Prime Minister Edi Rama, who did not want to antagonize the Catholic tribes of Northern Albania, did not carry out any arrests but instead removed the Ottoman plaque from the entrance of the castle and placed it back in a museum. Ndocaj and his friends who did not face the anti-hate and anti-terror laws of Albania in 2015, supported the latest act of violence against Turkish symbols in Mirdita again by publicly resisting the authority of the secular Albanian state.

The latest attacks against Turkey, Muslims and Islam are symptomatic of widespread Catholic extremist activity even in Kosova. Here, the Catholic clergy blames the Turks for the Islamization of Kosova and for making the Albanians “non-European”, which means Muslim. Like Albania’s writer Ismail Kadare, they call on Muslims to repent for their conversion to Islam and follow the example of Scanderbeg and Mother Theresa by reverting back to Catholicism. The idea that Albanian Muslims are traitors or Turks who betrayed Catholicism and Scanderbeg, and Turkey is the greatest enemy of Albanians has created many hatemongers in Kosovo. If someone visits different Albanian social forums or reads newspapers like Gazeta Express will see the level of hate that dominates these forums and media.

The incitement to hatred against Turkey and Islam sometimes leads to acts of terrorism too. On July 15, 2016 when the putschist organized the coup d’etat in Turkey, Berat Buzhala, the notorious Catholic publisher of Gazeta Express newspaper in Kosova appealed through his Facebook page to Kosovars who were on holiday in Turkey to line up with the army and support coup. A few months later, in November 2016, the Turkish Consulate in Prizren, Kosova was bombed with molotov cocktails while Turkish flags were vandalized in the city by people who are inspired with hate against Islam and the Turks by extremist Catholic propaganda and the history of Scanderbeg, the national hero of Albania.
The extremist Catholics – empowered by the Austro-Hungary and Italy during the 20th century – call for the conversion of Albanians into Catholics.

This ideology which can be described as Catholic supremacy, describes Albanian Muslims as Turks and Albanian Orthodox Christians as Greeks, hence, as traitors who should either be converted or expelled to Turkey or Greece. The major heroes of this ideology are Scanderbeg, the present national hero of Albania, and Mother Theresa. Catholic supremacists have managed to insert their ideology in the school textbooks of Albania and Kosovo where Albanians are taught to follow the example of Scanderbeg who fought against Turks. They claim that the Catholics are the fathers of the Albanian nation, they developed their language and created the foundation of their culture which connects them to Europe. When the Mirditoris attacked the Hydropower Plant and destroyed the Turkish flag in Qafe Molle, they depicted themselves as followers of Scanderbeg and the desecration of the Turkish flag was seen as a national victory.

The violent religious attacks against Muslims and Turks, and the verbal attacks against Orthodox Christians in Kosovo and Albania, are a very frightening development for secular, Orthodox and Muslim Albanians. In Kosovo, Serbs are forced to live in protected areas, while in Albania the Orthodox community and its archbishop Anastasios Ianulatos are continuously insulted as being Greeks or Greek agents by many media outlets and radical Catholic groups.
While the Albanian authorities are very eager to respond and jail Muslims, sometimes based on evidence that they expressed their wishes to join jihad in Syria or support radical ideologies, when it comes to the radical Catholic groups and ideologies they do not implement the law as they do with Muslims.

The Albanian government did not take any action against those who vandalized the Ottoman castle in Lezha and until now has not jailed any Mirdita Catholic for their attacks on the hydro-power plant of Qafe Molle. Even though in the past few days many Mirditors and other Catholic extremists have made calls to separate Mirdita from Albania and declare a Catholic republic out of Albania, or even bomb the hydro-power plant of Qafe Molle, the Albanian government has not yet shown the same zeal that it shows against Muslims.

The Kosovar government does nothing against Catholic extremists either. Even though the Turkish Embassy in Prishtina officially requested from the Kosovar government in 2016 to implement its anti-terrorism laws in the case of Berat Buzhala who called on Kosovars to join the coup attempt in Turkey, the Kosovar government did not do anything. Even the molotov cocktails bombers did not get punished with the same long prison sentences that Muslims who are accused of supporting terrorism are.

One might ask: why are the governments of Albania and Kosovo not willing to fight the violent Catholic extremism in their countries at the same way as they fight radical Islam? Why is the Catholic Church not condemning such acts of hatred and violence that its followers and some of its clergymen are doing against other communities in the Balkans? And moreover why are the Americans and other Western institutions that are engaged in programs that fight Islamic radicalism and extremism so absent from even mentioning the growing threat that extremist Catholicism can create in the Balkans?
What if an Albanian Muslim would have bombed an American embassy at the same way as the Turkish consulate was bombed in Kosova in 2016? Or what if these Mirditori Catholics would have attacked and destroyed an American flag and company on December 31? Would the Western media have remained silent? And what would the American, Albanian and Kosovar government have done?

We all know the response, don’t we?

I think that the time is ripe for the governments of Kosovo and Albania, and their European and American supporters to stand up against Catholic radicalism at the same way as they act against Muslim radicalism. Albania and Kosovo should extend their programs against violent extremism and religious radicalism even inside the Christian communities. In the schools of Kosovo and Albania, school textbooks must be rewritten and heroes that inspire hate and extremism should be removed, and replaced by stories that inspire coexistence, love and religious tolerance. Only in this way we will be able to fight violent extremism and religious radicalism in the Balkans.