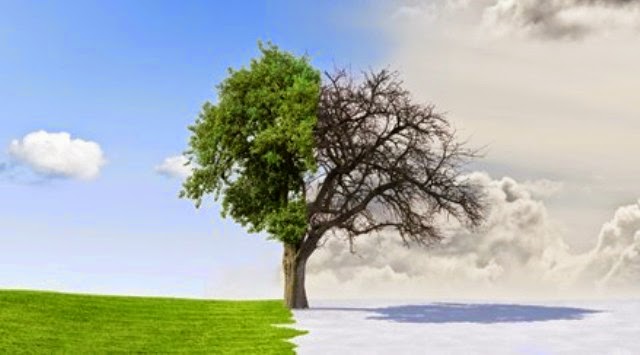 Basirat (insight) used in Islamic sources has a different connotation than when it is used as a term in secular contexts. By that word, a kind of spiritual faculty is meant which is associated with the heart.

One of the words which is equivalent of the ‘eye’ in Arabic is ‘basar’ (بصر). The Qur’an says as follows while depicting the stages in the Judgement Day in verse 22 of surah Qaf, “and now We have removed from you your veil, so your sight today is sharp”. The word which is used here for the equivalent of ‘sight’ is ‘basar’. It is used with the same meaning in various different verses. (See Nahl, 77; Najm 17; Ahkaf 26) One of the words which has the same root as this word is ‘basirat’. Basirat means ‘the faculty of the heart which can comprehend’ (Raghib al Isfahani, Mufradat). Allah has endowed man with basirat, which is the eye of the heart, and which is a great boon, just as He gave him the eye of body which is also a perfect organ for the world. Allah (SWT) speaks of His blessing to man as follows; “Lights of discernment and insight have come to you from your Lord. Whoever therefore (by choosing to open the eye of his heart and place his eyes in its service) discerns, does so for his own good; and whoever chooses to be blind (to the truth), does so to his own harm.” (An’am, 6:103)

Let us pause a moment to contemplate these faculties, in order to comprehend which one of them is more valuable than the other, while remembering that each of them, on their own, is undoubtedly valuable.

Imagine for a while that our eyes, through which our spirit views the universe, cannot see. We are no longer able to see our mothers who brought us into the world, took care of us and suffered a lot to bring us up, and our fathers who fed and looked after us, perhaps with great difficulty, and our children whom we love to the degree that we devote our life to them.

It is springtime and everywhere is full of different coloured flowers. Sheep and goats are nibbling around and the kids are following them in joy and playing together happily, yet we cannot see them and we are deprived of experiencing the joy in these scenes. Is there a more sorrowful situation?

Without a doubt, the inability of man to get to know his Creator and obey Him, that is, the inability to use his basirat (insight) is more sorrowful and is a much greater blindness. The following verse, “Among them are such as look towards you, but how can you guide the blind (to the right way), if they are lacking the power of (in)sight?” (Yunus, 10:43) considers that lacking the power of insight is the real blindness. Because the people around the Messenger of Allah, the Jews and Christians, who were the People of the Book, the idolaters and the others could see the signs of the prophethood on him with their eyes, yet they could not see with the eyes of their hearts and this blindness of theirs prevented them from believing in the Prophet (PBUH).

However, Allah (SWT) mentioned many signs which could cause people to open the eyes of their hearts along with the other clear signs about prophethood. The following verse, “But do they, then, never observe the sky above them (to ponder Our Knowledge and Power; and reflect) how We have constructed it and adorned it, and that there are no rifts in it? And the earth – We have spread it out, and set therein firm mountains, and caused to grow thereon every lovely pair of vegetation. (All this is a means of) insight and reminder for every servant (of Allah) willing to turn to Him in contrition” (Qaf, 50:6-8) is one of them and it clearly shows this fact. While it is possible for man to look with a perceptive mind and see the internal and external signs and proofs, if his heedlessness covers his eyes, he may be deprived of salvation.

In spite of all these signs in the universe and the Qur’an and the Messenger of Allah (SWT), if the man cannot find his Creator, even if his bodily eyes are healthy and functional, in truth, he is blind, as is indicated also in the following verse; “…If there comes to you from Me a guidance (like a Book through a Messenger), then whoever follows My guidance (and turns to Me with faith and worship), will not go astray, nor will he be unhappy. But as for him who turns away from My remembrance (and from the Book), his will be a suffocated life, and We will raise him up blind on the Day of Resurrection.” He says: “My Lord, why have You raised me up blind, while I used to be seeing (in my life of the world)?” (Allah) says: “Just so. Our revelations came to you but you disregarded them, so today you will be disregarded.” (Ta-Ha, 20:123-126)

Considering all these facts, how can we answer the question, “Was Umm-i Maktum,whose bodily eyes did not see, yet who had basirat (insight), really blind, or was Abu Jahlwithout the insight who witnessed a lot of proofs, yet did not believe?”

This is a question with a clear answer; however, we need to ask ourselves the following question and then ponder upon the answer, “Are we ourselves really able to see?”

Why do Turks believe Gülen is behind the coup attempt?
Soccer and Politics in a Day of Glory
Comment