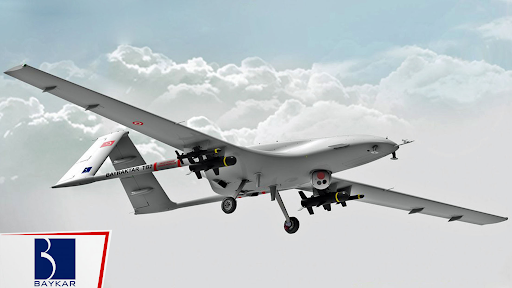 Turkish defense company Baykar’s armed drone Bayraktar TB2 is changing the course of war this time in Azerbaijan. Azerbaijan’s Ministry of Defense has released footages of the destruction of Armenian positions and the killed Armenian soldiers. The videos going viral clearly indicates that they were taken by TB2.

Videos show that TB2 destroys tanks, air defense missiles and armored vehicles of Armenian army, which had to withdraw from some towns in the occupied Karabakh region. Azerbaijani government says that they killed 550 Armenian soldiers within one day. The claim was verified with another drone footage.

Bayraktar TB2 has been exported to Libya, Qatar, Ukraine and Azerbaijan till now. The armed drone proved its success first in Turkey by killing thousands of PKK terrorists. The PKK has not become influential in Turkey since drones are in service. TB2 was then used against Syrian regime which tried to seize Idlib in January and February 2020. After a humiliating defeat by Bayraktar, the regime had to stop on outskirts of Idlib. Tens of armored vehicles, tanks and Panstsir missile systems were trashed by the novel drone during the Idlib operation.

Bayraktar’s next accomplishment was witnessed in Libya, where it forced Haftar’s militants to withdraw from the vicinity of Tripoli. Analysts say the legitimate GNA government would not survive, had there not been TB2 drones.

Meanwhile, Baykar Company is testing its brand new Akıncı drone. The new product has a capacity of 1500 kg payload. The first deliveries are expected to be by the end of 2020.