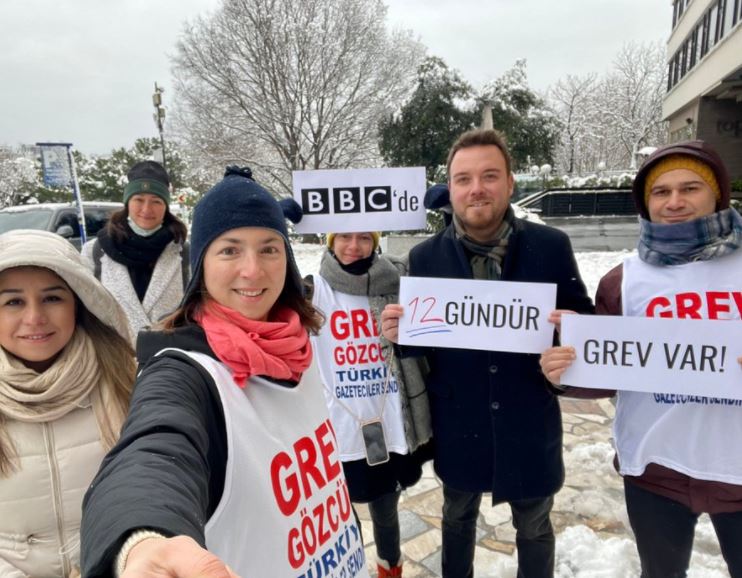 BBC staff in Turkey are on strike due to low increase in pay. While Turkey was hit by 36% inflation and government increased salaries at the same rate or more, BBC offered 20% increase. Arguing that it is not sufficient to make ends meet, staff commenced a strike 12 days ago.

Besides getting support from some Turkish journalists, Morning Star reported that British journalists, academics and artists gathered outside the BBC’s London HQ on Wednesday in support of the corporation’s workers in Istanbul who are taking strike action against poor wages.

On the other hand, some Turkish social media users criticized BBC staff for preparing biased news stories. While the strike was supported in general, some accounts claimed that the staff deserve it as their journalism recently turned into politics.