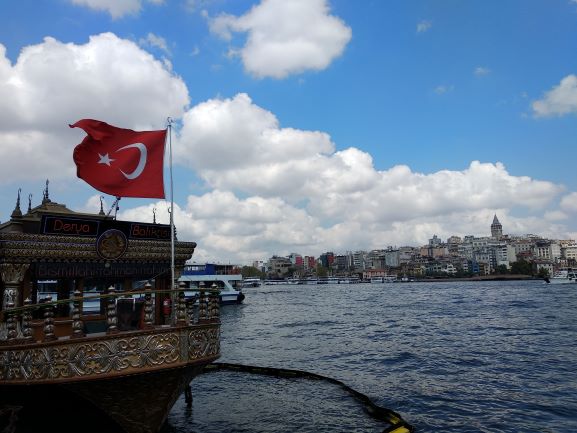 Well-orchestrated attempts are being made globally to erode Islamic identity but these can be foiled if Muslim countries strengthen their unity, according to a Turkish security expert.
In an interview, here, with Bernama recently, Murat Aslan, who teaches at Turkey’s Hasan Kalyoncu University and is associated with the prestigious think-tank SETA, talked about Turkey’s growing relations with Asian countries, rising global cultural clashes and how countries such as Malaysia and Indonesia can help in developing mechanisms to promote Islamic unity.
Touching on Islamophobia in certain parts of the world, he said these are organised attempts to target Muslims in “high-value” geographies, which include Malaysia’s neighbourhood as well as the energy-rich Middle East and Africa.
“Indonesia and Malaysia are located in a strategic region. The Middle East has energy resources. Others are trying to divide Islamic societies, so we must have a coordinated strategy to use our geopolitical advantage. We have to mobilise our resources so that we do not suffer an erosion in our identity,” Aslan said.
Unfortunately, he said, in some parts of the Arab region, power struggles, conflicts, social suppression, tribalism and internal divisions are causing discord instead of forging cooperation.
“In the West, when they perceive Muslims as the ‘other’, they do not look at your nationality but at your religious identity. To face this, the Muslim world has to become more united. In the Middle East, some (ruling elites) are allied with America and some are cooperating with Israel,” Aslan said.
PROMOTE SOCIAL CONTACT
As the world has shrunk due to digital connectivity and transport links, it is easier for Muslim communities to get closer by building social and economic bridges.
“Tourism is one tool for doing that. We can use the media to inform us about each other. What holds societies is social glue. If we cannot facilitate people-to-people links, economic interaction will be limited. Islamic communities are falling apart because of prejudices created in our minds,” Aslan said.
He believes that states and governments must play an active role in promoting social contact between citizens, harnessing their commonalities and aligning the patterns of production and consumption.
Apart from its Muslim identity, Turkey is also close to Asian countries in its customs, values and historical links that go back to the Ottoman period, Aslan said.
This should help Turkey’s efforts to develop closer social and economic relations with Asian countries.
While integrating economically is a “prerequisite” to developing close relations, Aslan is clear that strong state-to-state cooperation must be underpinned by institutional foundations that are not affected by individual leadership styles or government changes.
For example, Indonesia, Malaysia and Turkey have a good record of supporting each other at various international venues, but by entering into institutional frameworks such cooperation can produce far greater results for them.
“This political support lacks institutional character. If we do not institutionalise it, political commitments will depend on the personality of individual leaders. In the field of international relations, you must have certain frameworks of cooperation with clear rules,” Aslan said.
SOLIDARITY
After the July 15, 2016, failed coup attempt (when a section of the Turkish military tried to topple the government), the Turkish government received strong support from most Muslim countries, but there are international scenarios when similar support is not available.
The case of US pastor Andrew Craig Brunson, jailed in Turkey for links to terrorist groups and spying, is notable in considering how an international crisis can be provoked using individuals.
Washington did not hesitate to escalate tensions and use threatening language against NATO (North Atlantic Treaty Organisation) member Turkey to seek Brunson’s release because the pastor has fanatical support among US evangelicals.
“Who is he? In official documents, he is in Turkey to spread Christianity. He has been in Turkey for 24 years because of the Turkish culture of tolerance. In many parts of the Muslim world, there are Brunsons. Political and economic consequences of their presence can be bigger. You cannot guarantee that Indonesia and Malaysia will be safe from such interference,” Aslan said.
According to him, the pastor was exploited by the US government for other activities.
“He was with PKK terrorists due to his political commitment. He was with FETO (Fethullah Gulen Terrorist Organisation). These missionaries are also helping the US government in spying and subversive activities,” Aslan claimed, adding that if a Muslim were to get involved in similar actions in the West, he would end up in the US prison camp in Guantanamo Bay.
He said solidarity on such issues will safeguard the interests of every Muslim country that may face external hostility.
Source: Bernama