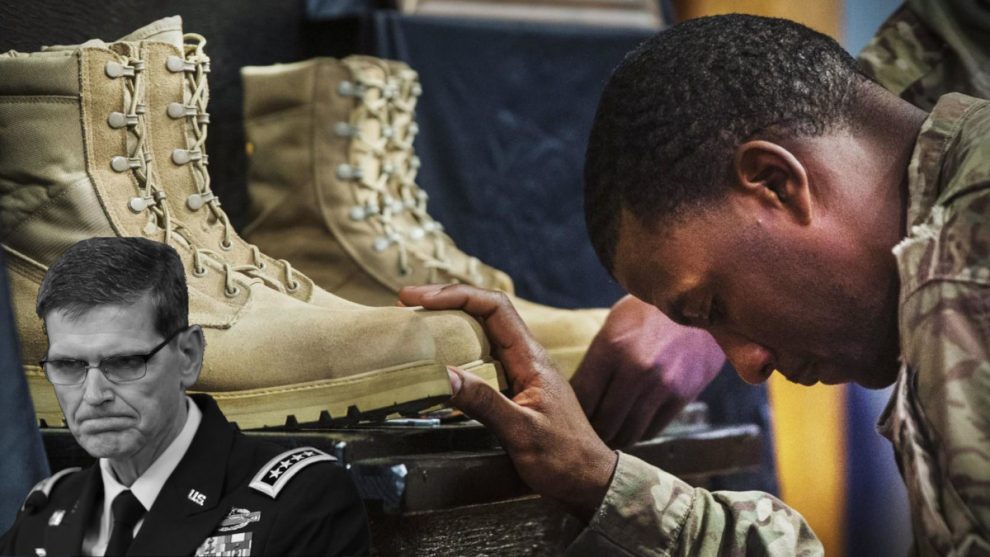 As the conditional and temporary U.S. support for the YPG/PKK terror group in Syria has turned out to be permanent against Iran and Russia, Washington is moving into a strategic dead end in Syria.

The U.S. tactic to work with the YPG/PKK against Daesh, which started during former President Barack Obama administration and continued in Donald Trump administration is putting Washington on a path of no return.

Starting from 2014, the U.S. initially provided air support and then arms to the terror group, with the pretext of fighting Daesh.

American officials claimed the support for the group was limited and conditional with the fight against Daesh and then Washington dispatched more than 2,000 troops to the region and established airports as well as military bases in the areas controlled by the YPG/PKK.

According to local sources, the U.S. has established 13 operational military bases in the YPG/PKK controlled territories including Hasakah, Raqqah, Manbij, Ayn al-Arab (Kobani) and Tal-Abyad in Syria.

The U.S. has established a military base near the largest oil field in al-Omar and Daesh’s last fortress Hajjin town in eastern Deir ez-Zour province.

Additionally, the construction of two more military bases in Qamishli started a few months ago. When completed, the U.S. will have maintained military presence in 18 locations in the country.

In addition, the U.S. is said to have so far supplied YPG/PKK with more than 4,000 truckloads of arms and military materials. Besides, U.S. Special Operation Forces are providing the group with basic combat and internal and border security training.

The US-led coalition has also established radar and missile defense systems in areas controlled by the YPG/PKK.

From anti-Daesh fight to strategic confrontation with Russia, Iran

These build-ups of the U.S. indicate that it will not pull out of Syria so soon.

U.S. officials including Defense Secretary Jim Mattis have been saying that American troops would stay in Syria until the conditions are set to prevent Daesh to regroup and UN-led Geneva process comes up with a political solution for the country.

What is more, just recently White House National Security Advisor John Bolton, in parallel with the Trump administration’s anti-Iran rhetoric, said the U.S. would not withdraw from the region “as long as Iranian troops are outside Iranian borders.”

It has been suggested by many for a long time that the U.S.’s arms and military build-ups in Syria and its aid to the YPG/PKK shifted from the fight against Daesh into a strategic confrontation against Iran and Russia.

In recent weeks, Syria has become a battlefield between Iran and Israel. Israel repeatedly bombed the regime’s bases which, it claims, are controlled by Iran.

After the failure of the S-125 and S-200 air defense systems used by Bashar al-Assad regime against Israel and the downing of a Russian reconnaissance aircraft in the Mediterranean Sea, Russia deployed S-300 missile systems in support of the regime.

In addition, Iran launched missiles on several targets in Syria last week, claiming to have links with the Ahwaz attack.

The Pentagon has called the attacks “reckless, unsafe and escalatory” as they were not coordinated with the U.S. beforehand.

Based on all these developments military experts point out that the U.S. has been dragged into a strategic dead end in Syria, where it intervened conditionally to fight against Daesh.

Tying its Syria strategy to a terror group like YPG/PKK in Syria might have some advantages for Washington in the short run, but it is argued that this approach will leave it alone in Syria in the long-term.

Former ambassador James Jeffrey, the recently-appointed U.S. special representative for Syria, was among those who emphasized the handicaps in cooperating with YPG/PKK in the long-term.

However, Washington insists on ignoring the warnings made in this regard, especially by Turkey.

YPG/PKK’s actions such as displacing Arabs in the areas it has occupied and using violence against people who oppose to the terror group undermine the U.S. strategy.

The intimidation by the YPG/PKK led to protests in predominantly Arab areas such as Raqqah, Manbij and Tal Abyad.

The YPG/PKK’s treatment of residents, who do not support the organization, was covered in reports of non-governmental and international organizations such as Human Rights Watch and Amnesty International, and it was highlighted that some of the YPG/PKK actions might even amount to war crimes.

The U.S. officials constantly overlooked the questions about these reports, and disregard the discomfort the YPG/PKK imposes on residents of the areas it controls.

The U.S. for its support to YPG/PKK has lost Turkey’s support in Syria to a significant extent.

Even though some diplomatic steps Turkey has taken together with Russia and Iran are implemented to some extent, the U.S. has yet to implement Manbij deal with its NATO ally, which has led comments as Ankara’s goodwill towards Washington is running out.

As the card the U.S. has against Russia and Iran is its own military force, losing Turkey due to its support with the YPG/PKK shows that the U.S.’s Syria policy would fizzle out.

Just yesterday former Defense Secretary Chuck Hagel said in an interview: “It’s complete folly to think you’re going to threaten the Syrians or the Russians or the Iranians into anything because they hold more cards than we do.”

Washington’s conditional and limited partnership with the YPG/PKK, which is maturing increasingly permanent, is leading Washington to a long-term strategic impasse that is hard to return.