The story of Mr. Khashoggi: From Turkey with Love, is not the story that one would rush to read; it is far from the legendary love story (Majnoon Leïla) in Arab literature. Visualize a sweaty day in Istanbul, on the European bank of the Bosporus, in the chic quarter of the Beşiktaş district, the sun shining on the sumptuous KSA General Consulate. Inside, KSA diplomats and Intelligence Services sweating, not from the heat, but from the bombshell that has fallen on the roof of the mansion mid-day.

Meanwhile the city fervently waits to hear the call of the Muezzin for the Dhohr prayer, a short mid-day break that Muslims take for social conviviality, sitting around an Ottoman water fall in the Mosqueʼs court yard — worshipers perform the prayerʼs ablution and when the prayer ends, hot tea cups garnish the court yard and the Mosqueʼs gates, providing an Arabesque mood for the worshipers, merchants, and the passers-by commenting on the latest world news scoop du jour.

No, wait! – this is not a scene from a John Le Carré novel or the “Taken II” movie. Last week a 60-year-old Saudi journalist vanished after entering the Saudi General Consulate in Istanbul. Mr. Djamel Khashoggi went to the Saudi Consulate in Istanbul to obtain a divorce paper to regularize his status as a divorcee, leaving his Turkish  fiancée outside the building. But from that moment he never reemerged from the KSA General Consulate building. Unconfirmed news reports coming from the Turkish economic capital allege Mr. Khashoggiʼs assassination after entering the Consulate.

As a journalist and columnist for the Washington Post, Mr. Khashoggiʼs situation is highly alarming for his fiancée, friends, and regional and international newspapers, especially the Washington Post for whom he wrote. All fear he might be the victim of a Saudi State Intelligence Services kidnapping, similar to earlier ones in which dissident voices, women rights, religious scholars, and Saudi princes arrested and jailed between 2015 and 2017. 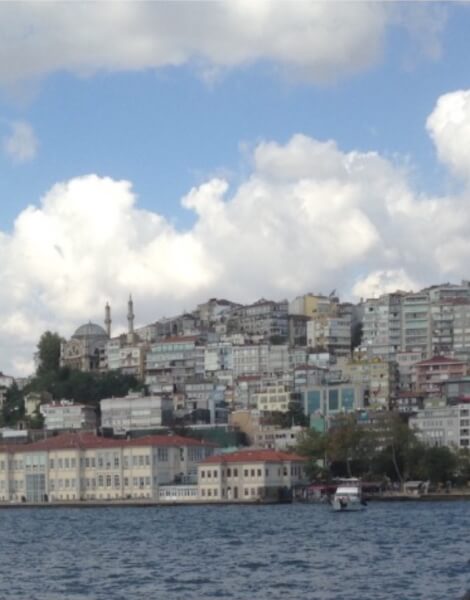 As an outspoken critic of Crown Prince Mohammed Ben Salmanʼs leadership, the case of this “Taken” journalist appears to deepen the tumultuous diplomatic relations and regional crisis management between Ankara and Riyadh. Further, this odd case is not an unusual one for the Saudi authorities, taking and questioning Saudi citizens who
show a flare for disagreements with the young Prince of Riyadhʼs policies domestically or regionally.

For example, last year in a strange sojourn in Riyadh, the Lebanese Premier al-Hariri was ordered not to leave the Kingdom; it required the intervention of the French President to release the Premier to return safely to his people and his country.

According to Turkish police and media reports in Istanbul, a squad of 15 Saudi officials
were sent to Turkey to kill the dissident journalist on the day he was taken. Riyadh knew ahead of time that Mr. Khashoggi would show up at the General Consulate that day – having visited the previous week and told to return.

Ankaraʼs official reaction to the Saudi journalistʼs disappearance tastes like a Turkish delight, a sweet candy, made with starch and powdered sugar — it is often flavored with rose water, one has to like it, served with a strong mura coffee.

“I am following it up as the President of the Turkish Republic,” President Erdoğan told reporters in Ankara on Sunday, while also confirming that he had known Mr. Khashoggi for some time and considered him a friend. A case like this is a more banal cup of tea in Istanbul. Locally, everyone knows that the city attracts Western and Arab diplomats, spies and businessmen because of its mosaic history and exotic charm, notably of the local women (including Arabs across MENA), despite the sociocultural cliché.

It is an urban legend that Intelligence chiefs are even willing to convert to Islam. To this point, when a new convert espouses a new religion, he becomes in comparison like a born-again Christian. Yet the conversion element is just another immunity label to cover spy and surreal actions based on fear and animosity.

The story of Mr. Khashoggi: From Turkey with Love, is not the story that one would rush to read; it is far from the legendary love story (Majnoon Leïla) in Arab literature. Following this murder mystery story in a sleepless MENA city is not a hollywood thriller; nevertheless, there are overlapping regional geopolitics elements, journalistic and freedom of speech, and protection imperatives. Many questions are asked in the sublime gates and walls of the city hills, for instance what made Mr. Khashoggi go solo to the General Consulate? Why didnʼt he ask for special protection from Ankara? What made the KSA authorities harvest him with such brutality at this time in Turkey? What if the local media and International agencies are reporting turns out to be true?

On the other hand, as far as human rights issues go, why are the so-called liberal media in the free world still cheering for ideology dissident-friendlies? Like they did with Turkish journalist Can Dündar, a pro-Western columnist and a sharp anti-Erdoğan pen in Turkey and Europe. Mr. Dündar was arrested after the newspaper Cumhuriyet published photos depicting weapons transferred to Syria in trucks of Turkish Intelligence (MIT), known as the Adana scandal in June, 2015. Mr. Dündar was awarded the 2015 Reporters Without Borders (RSF) Prize for his courageous journalism; he was released in 2016 and now lives in Germany.

In any case, the Turkish officials, for raison dʼÉtat (the so-called non-interference in domestic affairs) would leave the Turkish reporters and thousands of Arab opposition leaders and politicos exiled in Turkey holding onto their hunger for truth and accountability. 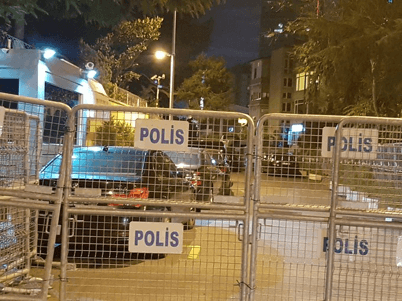 The questions posed above are only hypotheses, even though lately Turkey has been in the eye of the hurricane storm. Nonetheless, the French media shall begin to focus on their documented analysis; pulling back the veil of their bias comportment and reporting about brave journalists and activists, and not judging them for being pro-Erdoğan,
leaning towards the Brothers ideology, hence Mr. Khashoggi is an “Islamist.”
Mr. Djamel Khashoggi is a moderate nationalist voice and eloquent plume in MENA region, deserves support and solidarity from his fellow columnists in Le Figaro, Le Monde, Libération and Mediapart to uphold and tell his story, like they did for Mr. Can Dündar and his colleaguesʼ freedom, and not to let Mr. Khashoggiʼs story [it may lead to investigation] die in an imperial mind set glory.

US headed toward strategic deadlock in Syria
No, you are not journalists
Comment