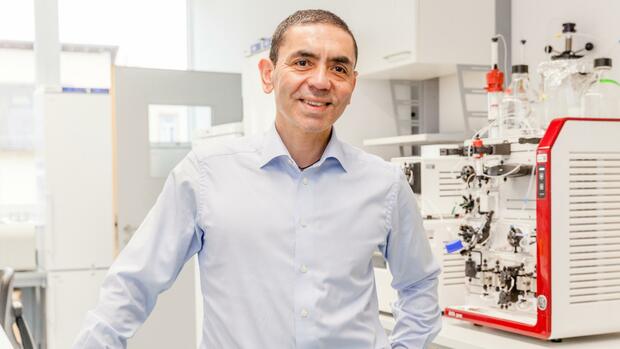 Uğur Şahin became one of the most famous and richest persons in the world on Monday after the news broke out that his coronavirus clinic studies has achieved 90 percent success and his company BioNTech would make the vaccine available as early as the first months of 2021. Şahin’s parents moved to Germany from Turkey in 1969 when he was 4 years old. His life may sound like an immigration success story but there lies an untold institutional racism issue which Germany prefers not to talk about.

Ugur Sahin’s father worked at the Ford factory in Cologne while Sahin attended a German elementary school after growing up in a Turkish speaking home. Citing his lack of German language skills, Ugur’s elementary school teachers wanted place him in Sonderschule where in German education system mentally challenged kids are placed. Ugur’s parents could not object to the decision of the school administration as they did not speak the German language either. A German neighbor of Sahin family whom knew that Ugur was absolutely not mentally challenged at all stepped in to help. And that neighbor rescued Ugur from what later would be called institutional racism. Ugur went on to study medicine and as of yesterday he was acknowledged as one of the most successful scientists in the world. His vaccine would save the humankind from one of the worst pandemics the world ever faced. German media made little mention of his Turkish roots but the institutional racism he faced when he was in elementary school has yet to be told. And Ugur’s case was not an isolated incident at all.

Since the 1960s, more than 3 million Turkish people have immigrated to Germany in search for better a financial life. But Deutsche Mark had strings attached to it. Thousands of Turkish-descend kids face racism in Germany in every single aspect of life. Renown Turkish-German lawyer Mehmet Daimaguler has also faced exactly same racist attitude as Ugur Sahin when he was in elementary school. Daimaguler’s teacher wanted to place him in a school where kids with learning disabilities attend. He also manage to overcome the racism and ended up studying law in prestigious Harvard. German authorities overlook the issue as Turks and Muslims in the country are the only groups whom exclusively face the issue. Ugur Sahin and Mehmet Daimaguler have been two lucky individuals whom have been saved by conscientious neighbors. But German factories are full of Turkish employees whom could went on to have college education and live successful lives.

Erdogan – a symbol of Islamic renaissance: Kashmir President
Ceasefire in the Caucasus opens door to rebalancing of regional power