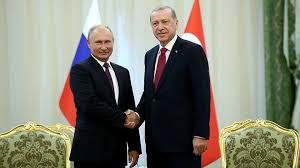 A Russian mediated-ceasefire in the Caucasus cements a Turkish-backed Azerbaijani military defeat of Armenia but raises tantalizing questions.

Spontaneous mass protests against the terms of the ceasefire and the government’s conduct of the war potentially throw into doubt the future of Armenian President Nikol Pashinyan and Armenia’s ability to implement the ceasefire.

The protests also suggest that any negotiated solution to the long-standing dispute over Nagorno Karabakh, an Armenian enclave inside Azerbaijan and a touchstone of Armenian identity, will have to address deep-seated existential fears on both sides of the ethnic and national divide.

The ceasefire cements Azeri battlefield successes in a six-week war. Azerbaijani forces retook Azeri territory occupied by Armenia since the early 1990s in violation of international law as well as the strategic mountain top city of Susa in Nagorno Karabakh.

The capture of Susa made an Azeri assault on the region’s capital, Stepanakert, all but inevitable, prompting Armenia to accept the humiliating ceasefire.

Under the ceasefire that will be policed by some 2,000 Russian peacekeeping forces, Armenia has been forced to agree to withdraw from further occupied Azeri territory on the edges of Nagorno Karabakh.

The Azeri and Turkish sense of moral and military victory coupled with Turkish President Recep Tayyip Erdogan’s assertive regional policies bodes ill for the need for Azerbaijan to balance its defeat of Armenia with gestures and magnanimity that will rebuild confidence in Azeri assurances that the safety, security and rights of the Armenian majority in Nagorno Karabakh will be safeguarded amid fears of renewed ethnic cleansing.

The ceasefire agreement calls for the return to Nagorno-Karabakh of those displaced since the conflict erupted in the early 1990s. It also allows for an exchange of prisoners of war and the bodies of those killed in the fighting.

Mr. Erdogan’s support of Azerbaijan is part of his effort to carve out a regional sphere of influence that stretches from the Caucasus, Syria, the Eastern Mediterranean and Libya into the Horn of Africa.

As Russian peacekeepers moved into position, the ceasefire leaves open the question of the balance of power between Russia and Turkey in a region that was once part of the Soviet Union and that Moscow sees as its backyard.

It also throws into doubt longer term relations between Russia and Armenia where many feel betrayed by Moscow’s refusal to come to Armenia’s aid under a defense pact between the two countries. Russia maintains a military base in Armenia under the pact.

Both Armenia and Azerbaijan are members of the Collective Security Treaty Organization (CSTO), a Russian-dominated military alliance of former Soviet republics.

In his announcement of the ceasefire, Azerbaijan President Ilham Aliyev suggested that Turkey would participate in the peacekeeping process even though Turkey is not an official party to the agreement nor was it mentioned in the ceasefire statement signed by Russian President Vladimir Putin as well as Messrs. Pashinyan and Aliyev.

Turkey’s inevitable role in any negotiations to resolve the Armenian-Azerbaijani conflict adds to the balancing act that Russia and Turkey are performing to ensure that their alliance is not undermined by various regional conflicts like Syria and Libya in which the two countries back opposing sides.

Russia is likely to worry about pan-Turkish and nationalist voices demanding that Turkey capitalize on Azerbaijan’s success to increase its influence in Central Asia, a region of former Soviet republics with ethnic, cultural, and linguistic links to Turkey.

Pan-Turkic daily Turkiye, a newspaper with the fourth largest circulation in Turkey, urged the government to leverage the Azerbaijani victory to create a military alliance of Turkic states.

“The success in Karabakh has brought once again to the agenda one of the West’s greatest fears: the Turan Army. Azerbaijan, which has become stronger with the military training, joint drills, and support with armed drones that Turkey has provided, has broken Armenia’s back. This picture of success that has appeared has once again brought to life the hopes concerning a Turan Army, that would be the joint military power of the Turkic states,” Turkiye said.

Turan is the term used by Pan-Turkists to describe Turkic Central Asia.

Nationalist and Pan-Turkic fervour is likely to reverberate far beyond the Azerbaijani-Armenian battlefield.

The ban was imposed as part of French President Emmanuel Macron’s stepped-up crackdown on Islamists in the wake of a series of gruesome attacks, including the beheading of a schoolteacher.

At odds with Mr. Erdogan over Turkey’s flexing of its muscles in the Caucasus, the Eastern Mediterranean and Libya, Mr. Macron, backed by the United Arab Emirates, has accused Mr. Erdogan of fuelling violence and hatred with his criticism of the French crackdown.

For now, Mr. Erdogan has strengthened his position in what inevitably will lead to a rejiggering of the balance of power in the Caucasus between not only Russia and Turkey but also Iran, a Russian and Turkish partner on Armenia and Azerbaijan’s southern borders, that has so far sought to strike a balance in the conflict between its neighbours.

Behind Coronavirus Vaccine Success, lies Germany’s Overlooked Institutional Racism
The UNIW (IDSB) rejects and condemns the rising Islamophobia and ethnocentrism of the West