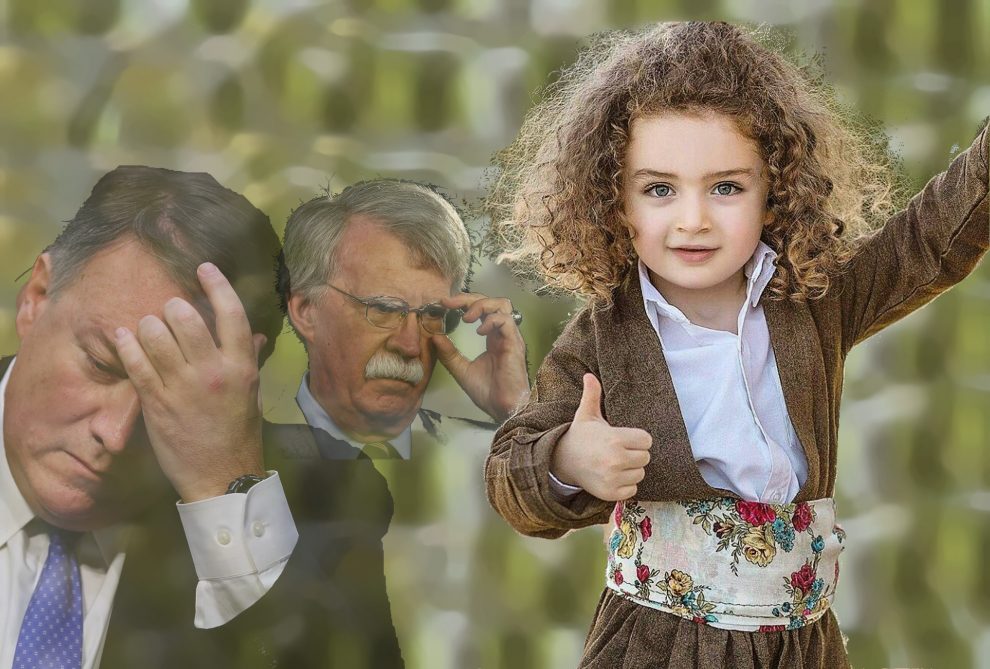 U.S. Secretary of State Mike Pompeo and National Security Adviser John Bolton seem to be pursuing former President Barack Obama’s Syria policy, ignoring President Donald Trump’s orders. Recently, they even dared to oppose Trump’s decision to withdraw from Syria, which they think will harm the People’s Protection Units’ (YPG) interests in the region. Since they cannot publicly act against Turkey, which is seen as a partner state by Trump during the withdrawal process, the two hawkish U.S. officials are trying to protect the YPG – a bloody terrorist group whose suicide bombers have so far killed some 425 Turkish and Kurdish civilians in the country.

For example, on Wednesday, before coming to the Turkish capital, Ankara, to meet President Recep Tayyip Erdoğan regarding the Syria issue, John Bolton stated in Jerusalem: “We don’t think the Turks ought to undertake military action that’s not fully coordinated with and agreed to by the United States. The United States would only pull out of Syria if Turkey pledged not to attack its Kurdish allies [the YPG] there.” In relation to this, President Erdoğan didn’t meet with him, and Bolton and his delegation only talked with the Turkish leader’s foreign policy adviser, İbrahim Kalın, and his team and then left the country.

Previously, U.S. Secretary of State Pompeo controversially said: “We still have lots of things to work with on the Turks. Not only the withdrawal, but also all of the other elements that the president laid out; the importance of ensuring that the Turks don’t slaughter the Kurds… All of those things are still part of the American mission set.”

So far, the Kurds have only been used as a Middle Eastern tool by the United States against its changing regional enemies; sometimes it was the Soviet Union and sometimes Iraq’s Saddam Hussein. At the end of the day, the Kurds have been left alone by the U.S. Thus, the accusation of “slaughtering the Kurds” against Turkey is just ridiculous and reckless.

The Kurds live in four countries in the region: Turkey, Syria, Iraq and Iran. Compared to the others, Turkey is the best example of a united society where its Turkish and Kurdish citizens live in harmony. On the societal level in Turkey, Kurds and Turks marry and start families, and Kurdish-origin people have achieved high-level state positions from the presidency to ministries without any discrimination. This is a unique example in the region. The Iraqi Kurds’ federal system is an exception as it forcefully happened due to an invasion and the ongoing polarization and discrepancies in the country’s politics and society is clear.

Reportedly, hundreds of thousands of Kurds, who fled from both Saddam and Assad’s atrocities, took shelter in Turkey because it is the most secure homeland for Kurdish people in the region.

In addition, Turkey conducted a counterterror offensive in its southeast and an offensive in northern Syria against the PKK terrorist group and its Syrian wings, the YPG and the Democratic Union Party (PYD), but not against any civilian ethnic group. As I said, the PKK-linked YPG has killed 425 Turkish and Kurdish citizens in Turkey, and in the Afrin operation, the notorious group killed some 28 Kurdish civilians.

President Trump’s withdrawal decision is coherent, signalling a bright future for Turkish-U.S. cooperation; however, some hawkish officials that contradict Trump’s Syria moves are attempting to sabotage any possible cooperation by supporting Syrian nonstate actors. This shouldn’t be allowed to happen.

What the US should do in the Middle East
Turkic Chinese soup: A barometer of anti-Chinese sentiment
Comment