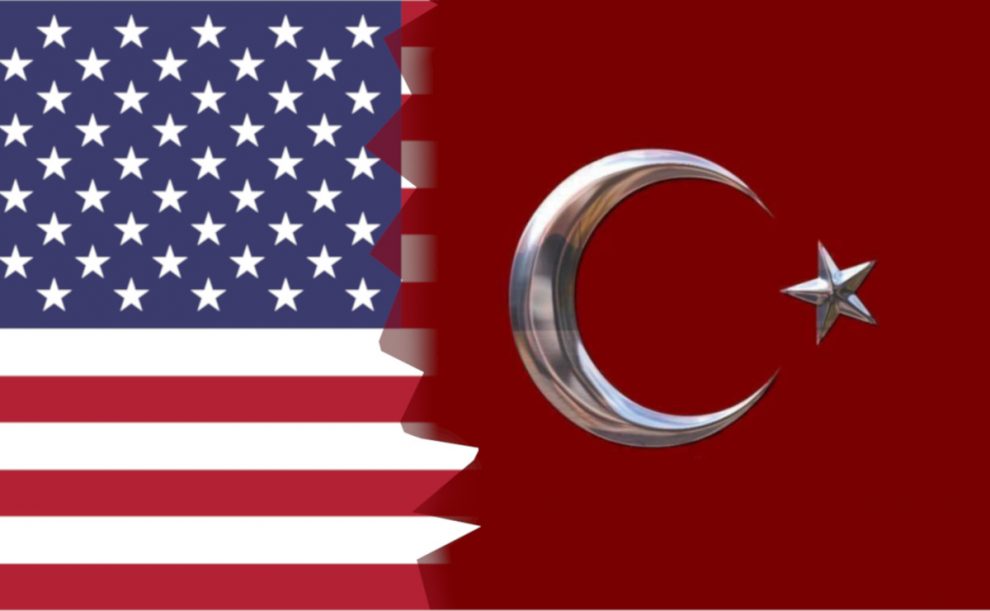 If there is a proverbial million-dollar question, it must be this: What should the United States do in Syria?

A Turkish journalist tried her hand at answering this question on the opinion pages of The Washington Post recently. Why should one dwell on that one particular person’s opinion? Is it a well-written literary treatise? Is it chock-full of creative ideas that all those talking heads of the media could not think of? The answer is “all of the above and more.” It reveals the best kept secret between Washington D.C. and the PKK HQ in the Qandil mountains in Iraq. Since it is not possible to just to summarize it, let me quote a hefty paragraph:

“The Trump administration needs to think bigger — geographically and politically — in order to prevent a Turkish-Kurdish fight inside Syria. I am talking about offering Erdoğan a grand bargain for a comprehensive peace with the Kurds. Americans would need to do what they have been avoiding — that is, rolling out maps and engaging in geostrategic engineering, to develop a comprehensive peace plan between Turks and Kurds across Turkey, Syria and Iraq. The issue can no longer be addressed solely within the nation-state boundaries of Turkey, and there is no solution that would work solely for Syria. That’s why the starting point of any grand bargain would have to be concessions from Kurds inside Turkey. Washington would have to somehow convince the PKK, the People’s Protection Units’ (YPG) parent organization, to declare a cease-fire and withdraw its forces from Turkey — in return for Kurdish autonomy in Syria. Such a grand bargain would appeal to Kurds and Turks if there were a serious U.S. commitment.”

Let’s not dwell on the false premise that to think bigger or smaller either geographically and politically requires instruments that the Trump administration seems to lack and what the author means by “Turkish-Kurdish fight in Syria” is ordinary security operations against terrorist insurgencies Turkey has been undertaking within Turkey or beyond its borders in Iraq and Syria.

The crux of the article is in the bargain advised: The author is suggesting that the U.S. administration should have the PKK terrorists leave Turkey so that the Turkish government accepts Kurdish autonomy in Turkey.

The more you read it, the more informative it becomes; like those old Yoga mantras — each time you see a new pearl of wisdom in it. As if she is talking about a legitimate but yet not fully recognized group of people just emancipated from the boundaries of colonialism, the author recommends the U.S. has “to somehow convince the PKK to declare a cease-fire and withdraw its forces from Turkey.”

Since the author is a distinct person that U.S. vice presidents love to hug at cocktail parties, she must have an insider opinion on how U.S. diplomacy would convince the PKK terrorists in the Qandil mountains.

Now you may notice other points too when the author writes about Turkey, the Turkish government and Turkish people in a clearly contemptuous manner that they would negotiate or allow the Americans to do it as their proxy if the PKK terrorists “withdraw its forces” from Turkey. That arrogant smart-aleck attitude not only portrays an ugly picture of Turkey’s fight with terrorism but also puts Kurds in a very terrible position: There is no sane Kurd in Turkey, Syria or Iraq that would accept being represented by a bunch of old terrorists who have killed more Kurds than Turks or Arabs.

For the last 16 years, Turkey has been implementing a new policy to replace a 70-year-old denial and disavowal of the ethnicity of its Kurdish people. The article, rewriting recent political history, portrays this new policy as a peace process between the Turkish government and the PKK.

If any U.S. government official tries to look at Turkey’s terror issue as a Kurdish issue they will get nowhere, and Iraq and Syria will continue as fertile grounds of all sorts of terrorism.

In short, the U.S. should not do what that Washington Post opinion piece suggests but withdraw from Syria as President Trump orders.